Moonlander, invented by students, is here to help take the hard work out of curds and whey. 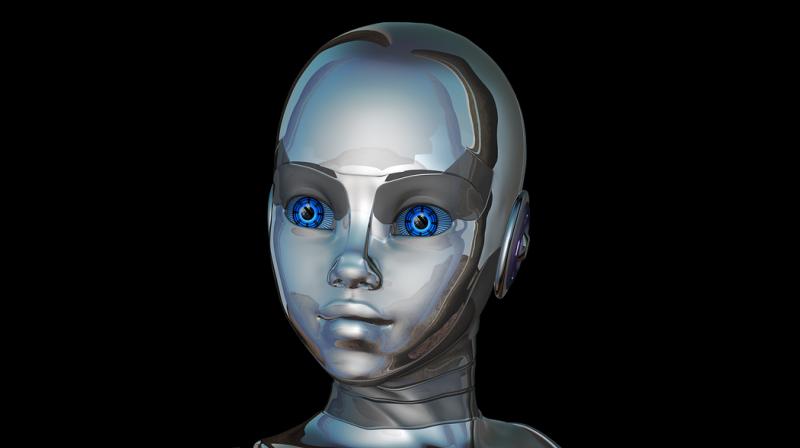 It might be one small move for a robot, but it could prove an important step for Dutch cheesemakers. Moonlander, invented by students, is here to help take the hard work out of curds and whey.

At a display of creations by final-year robotics students at the Delft University of Technology (TU Delft), the Moonlander robot was one of the star attractions as it smoothly trundled 12-kilogramme (26-pound) wheels of cheese from one place to another.

A cross between a flying saucer and a crab, the machine aims to help Dutch dairy farmers more easily heft huge discs of cheese which must be regularly turned as they mature. It can collect the curds in a mould once the milk has solidified, move and turn the cheese during the pressing and then soak it in brine.

"Moonlander can move autonomously and work in different stations. It can scan the room to find the different places where it has to take the cheese to," said student Timo van Frankenhuyzen proudly.

He and fellow students on the course at the Netherlands' oldest and biggest technical university had only five months to design and build from scratch made-to-order creations for both private and public-sector clients. More than 100 students applied to take part in the Robotica course. "But we only accepted the best and the most motivated," said course coordinator Martin Klomp.

At the department's open day, eight machines were shown off, having been constructed by teams of up to six students. It is unsurprising perhaps in the Netherlands, the world's second-largest exporter of agricultural products, that labour-saving devices for farms and fields were particularly sought-after. So after the Gouda came not tulips but roses. Mounted on a tripod, the Roselia camera looked over a small bed of white and red roses.

While people need months of training to learn when a rose can be plucked, "students have taught Roselia, through a network of neurons, to identify which roses are ready and point them out to the pickers," said Klomp.

Barrie the barman, meanwhile, didn't know which way to turn. The orders were flooding in, and he couldn't keep up. But one of his inventors, Jonathan Raes, came to the rescue, dropping to his knees to open Barrie's back, push a few buttons and get the coffee flowing again.

Barrie is meant to brighten up the coffee corner, as he has "an interface allowing you to play a game while waiting for your drink," said industrial design student Joppe de Waart. But the imposing, elegant silver Barrie appeared to go into a sulk, refusing to serve a soda to a little girl. "He's a little primitive," Raes' grandmother teased. TU Delft and its cutting-edge robotics institute have won a global reputation.

Robotics "provides an answer to some of the grand challenges of the 21st century," the institute says on its website. These include "reliable labour, assisting or replacing humans where conditions are dangerous, unhealthy or unethical".

Fizzy, the purring ball, meanwhile had given its makers a sleepless night, when one of its parts melted on the eve of the presentation.The robot was conceived as a companion for sick children being treated for cancer.

"When a child approaches Fizzy, it begins to roll away. If the child catches it, it vibrates, and if it is stroked, it purrs. On the other hand, if it needs some attention then it begins to tremble," said Eveline Drijver, one of the team who worked on the design.

The children's oncology centre at the Princess Maxima hospital in Utrecht asked the students to design the toy, welcoming anything to cheer up their young patients.

"We still need to make a few modifications so Fizzy rolls better, but hopefully the children will soon be able to play with him," said another team member Tim Rietveld. He sees a future in which everything will be done by robots. "I'm passionate about robots," he said, "and in a few years all objects will be robotised."