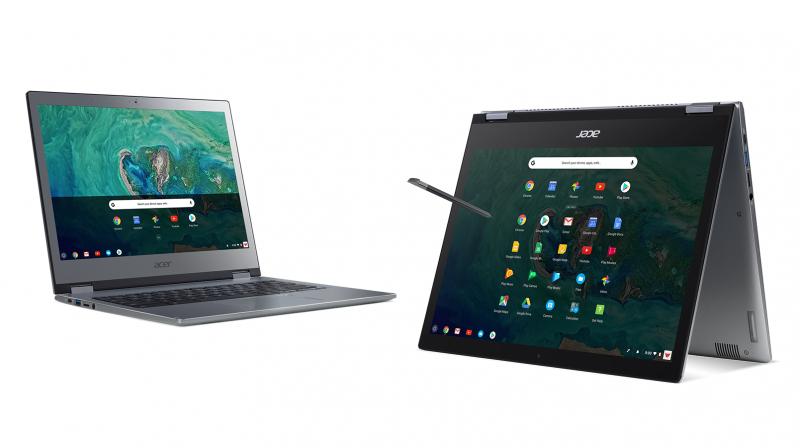 The notebooks are powered by 8th-gen Intel Core processors.

The convertible Chromebook Spin 13 has 360-degree hinges for use as a tablet, notebook, display, or in tent-mode. It comes with a Wacom stylus that can also be stored in the device slot. The Acer Chromebook 13 opts for the traditional notebook design for keyboard-heavy tasks.

The Chromebook Spin 13 and Chromebook 13 feature a 13.5-inch Full HD+ display with 2256x1504 resolution that supports wide 178-degree viewing angles. There’s a Corning Gorilla Glass protected touchpad that claims smooth navigation. Both the new models have USB 3.1 Type-C ports on each side, along with a USB 3.0 port and a microSD card reader. They also feature dual slot-antennas for 2x2 MIMO 802.11ac Wi-Fi and Bluetooth 4.2. Acer promises a battery life of up to 10 hours.

Both the models fully support Android apps via Google Play. Acer promises timely updates and multiple levels of security. Acer hasn’t announced the price for both the models, but expect the price tags to put these two right up with Windows-powered ultrabooks.