Microsoft aims to close the gap in the fight against the Chromebook with the launch of budget-friendly devices. 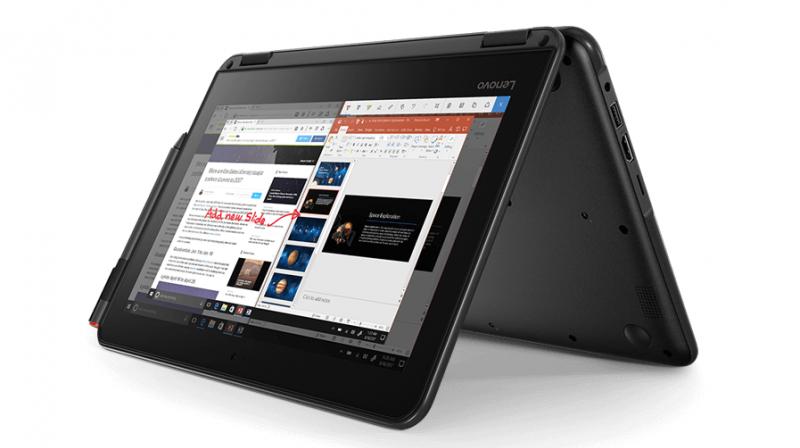 One particular highlight is the Lenovo 300e, which comes with a feature specifically aimed at the education market.

At an event in London, Microsoft launched new products specifically aimed at students and teachers; but also in a bid to close the gap between it and the success of the Chromebook in this particular segment.

As per a report by Softpedia, Microsoft is the brand that introduced the devices but all of them have been manufactured by the brand’s partners which include Lenovo, Dell and Acer.

Microsoft has its own line up of products aimed at students and teachers with the Surface Go, the smallest and most affordable Surface device that runs on Windows 10. This product comes with all the important Surface features such as a built-in kickstand and Surface Pen support.

The new Windows 10 comes with a starting price of USD 189 (Rs 14,000) and it's been developed for the classroom. They also come with support for a stylus.

The new Windows 10 models include:

Softpedia states, “One particular highlight is the Lenovo 300e, which comes with a feature specifically aimed at the education market. For example, it includes what Microsoft describes as a garaged stylus, which means that once the stylus is lost, students can turn to a No. 2 graphite pencil that works smoothly to write on the screen.”

Microsoft states, “With Windows 10 devices, schools can get the best prices without having to compromise on features like inking. Inking, in particular, has proven to increase student scores by as much as 38 per cent, compared to only using a keyboard.”

The report ends by stating that Microsoft also highlighted Windows 10 with S Mode. This restricts the OS to the Microsoft Store and doesn’t allow the installation of Win32 software. This helps in keeping the OS secure and blocks out any potential malware. This is especially beneficial in the education market.