Boult is targeting not just the fitness community but a much wider audience with the sporty and impressive Tru5ive. 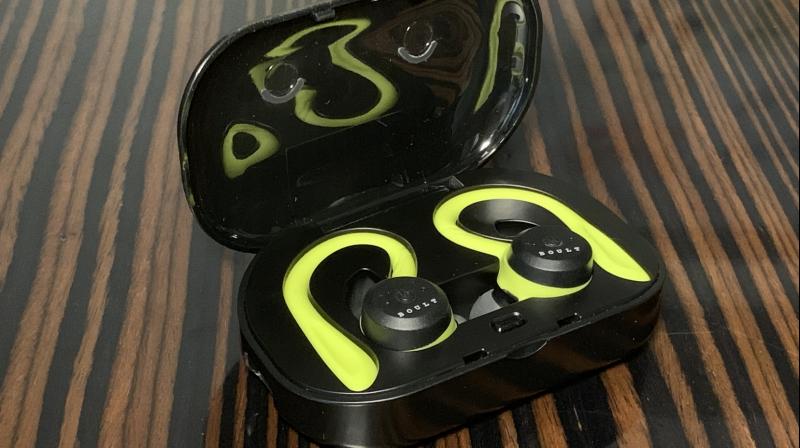 Over the last few years, true wireless earphones have managed to disrupt a market where innovation had stagnated. The push came with Apple’s AirPods and its monstrous success. Across the world, we see countless individuals with AirPods rocking them while commuting, walking down the street or during workouts. True wireless earphones have several advantages and key of which is that they lose the bulk of heavy headphones and negate the tangles of wireless earphones. The success of these true wireless earphones has prompted several audio manufacturers to step up and launch their own products. These buds have prompted a seismic shift in the audio industry with brands understanding the growing need of consumers and launching products that are tailor-made to a variety of audiences. 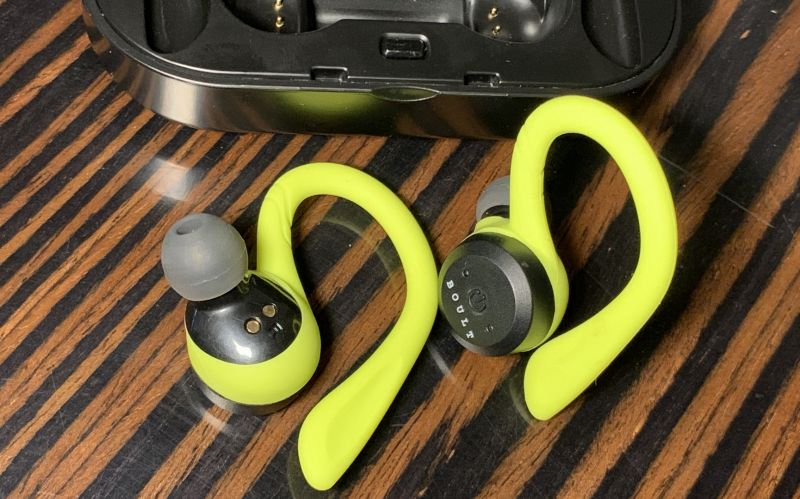 Premium audio brand Boult Audio has an impressive array of products that have been aimed at a variety of consumers with their products retailing at varied prices. The brand isn’t new to the true wireless segment as they have found resounding success with their previously launched Twin Pods. In typical Boult fashion, they are back with a fresh pair of true wireless earphones called Tru5ive that not only builds up on their previous offering but improves upon it in a way where it will be ideal for the gym freaks and fitness enthusiasts.

As a fitness enthusiast that absolutely loves music, I am always on the lookout for the best audio products that allow me to have the best possible workout while still keeping me zoned in with my tunes. The issue I have with a lot of true wireless earphones is that in during some of my workouts they tend to pop out. This not only starts distracting me from my workout but also poses an injury risk. 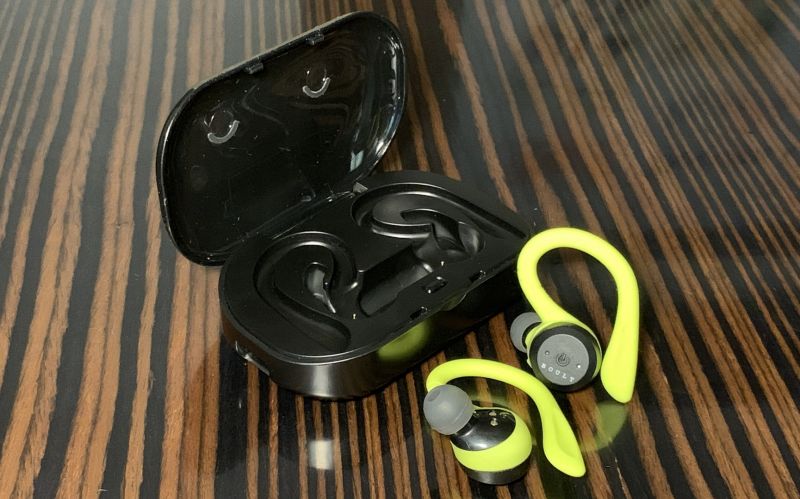 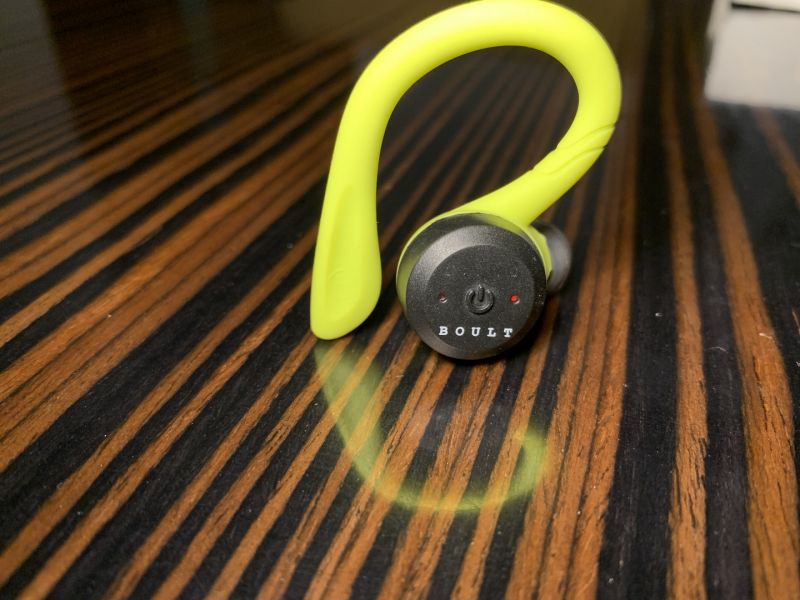 The Boult Tru5ive earphones are sporty looking and they feature ear loops that keep them locked on and barely budge even while doing some seriously strenuous activities. If I had to point it out, I would find the design the strongest selling point here. In the packaging, Boult has thrown in a variety of ear loops and ear hooks of varied colours with the fluorescent yellow options being ideal for a gym or run and the beige options being ideal for either an office or a commute during the day. There’s also a fluorescent pink ear loop and fins that could appeal to the fairer sex. By throwing in a variety of colour options, Boult has ensured that there is a choice for everyone no matter the circumstance and I really appreciate this as it shows they have done that little bit extra to ensure everyone is happy. 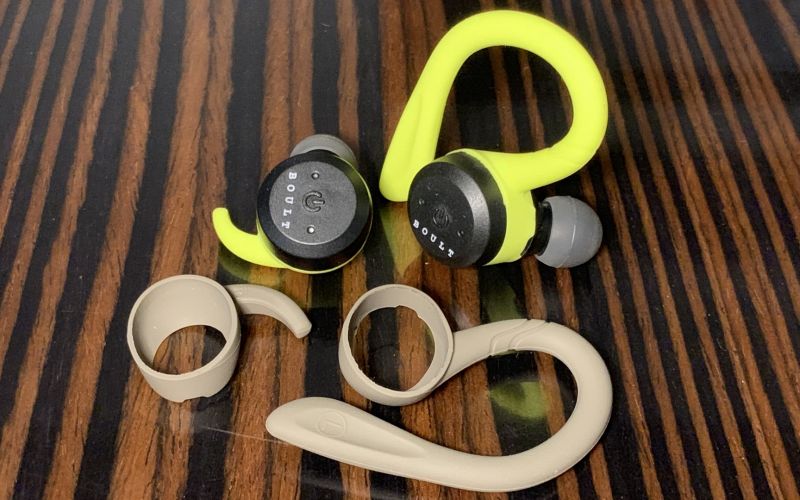 The black earbuds are constructed entirely out of good quality plastic and feature just a single multi-functional button on each one. This button is for power, pairing, calls and voice assistant. If I had to nit-pick, I would say that the button, when pressed, tends to hurt my ears. But this is entirely subjective and may not pose a problem to others. In my opinion, Boult could have incorporated a little larger and softer button instead of the tiny hard rubber one. Targeting the fitness community and understanding that water resistance is a key feature required, Boult has made them IPX7 water resistant which ensures that sweat won't end up ruining them. While the brand claims that it can be used for swimming, we would probably advise against connectivity to the source would have issues, and mainly — who swims with BT earphones? Nevertheless, the point to be noted here is that if you are in harsh rains or happen to take an unwanted dip, the earphones are ready for the beating.

The overall design and build of the earphones are great and we were left quite impressed as it did what it promised without any issues. 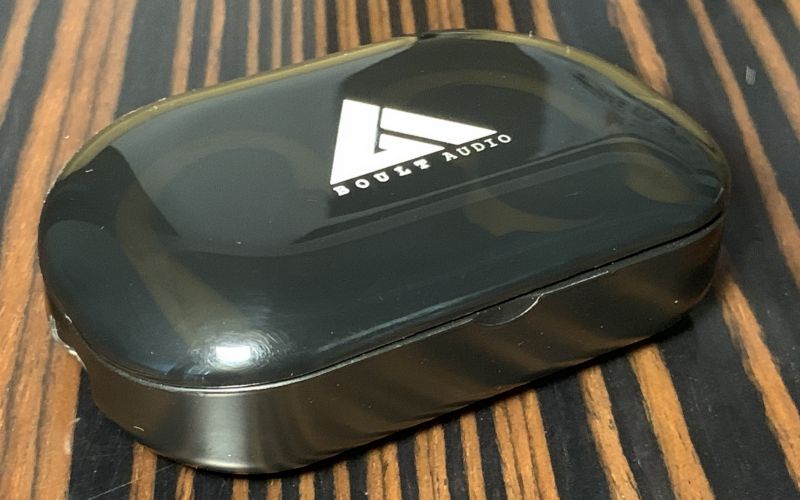 Being true wireless earphones, the Boult Audio Tru5ive comes with a charging/storage case. It has a built-in rechargeable battery rated at 650mAh that’s said to charge the earbuds around 3-4 times. While I loved the build of the buds, I was less than impressed with the case’s overall quality. It’s made entirely glossy plastic, scratches as easily, and looks a bit cheaper as compared to the buds. It has a spring-loaded functionality that makes sure that it remains shut; however, if the earphones are not placed properly in the slots, then it tends to stay open. So you cannot simply throw them in and leave it around as they won't charge otherwise. Boult should have recessed the grooves a bit further and in the process allowing it to shut properly even if the buds were placed haphazardly while charging on its pogo pins.

To sum it up, the Boult Tru5ive is a tale of two halves when it comes to the design and builds quality of this review. The earbuds have been designed well while its charging case needs further work.

The Boult Audio Tru5ive true wireless earphones come with Bluetooth 5 and an Airoha AB1526P chipset that gives up to 20 meters of connectivity. With Bluetooth 5, data can be transmitted over much longer distances in comparison to Bluetooth 4.2 —four times more to be precise. Also, with this new standard, twice the amount of data can be transmitted over a shorter range. During my testing, I observed that the connection, for the most part, was pretty solid. I rarely had any loss of signal, even with my source device being placed about 15 metres away. However, strangely, a couple of times, I did find around 1 second of connection loss, but it was intermittent  — at times when I placed my handset in my pocket. 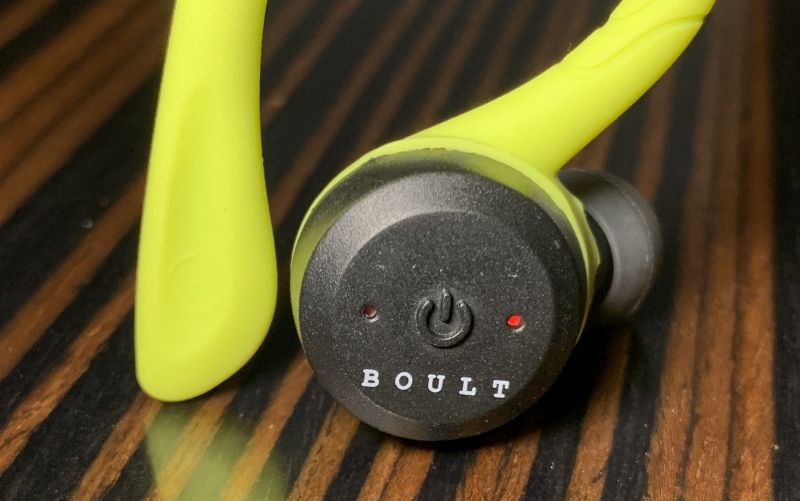 The Boult Tru5ive offers some impressive audio quality leaving me impressed from the moment it turned it on. Out of the box, the Tru5ive offers some crisp and clear audio. Like most true wireless earphones, the bass depends on how snug they fit in the ear. I found that the ear tips that came attached worked best for me with the passive noise isolation performing admirably well. I found the bass to be a bit on the heavier side with pop, rock and EDM with the bass having a significant punch with a rumble that’s pleasing and still managing to remain balanced. I also found a fair amount of detail when listening to acoustic guitars as it tries its best to reproduce the texture of each instrument. The earphones produce mids that are well balanced, but at times it did get drowned out by the bass. However, only discerning ears will be able to distinguish that. The highs have a good sparkle, but with instruments such as a cello, it can get a bit sibilant. These are designed to be fun earphones and in no way meant for audiophiles.

The battery life is decent and I noticed that with continuous listening it got me an about three hours on around 60 per cent volume. The battery life may differ from person to person and the louder the volume is, the quicker the battery will drain. 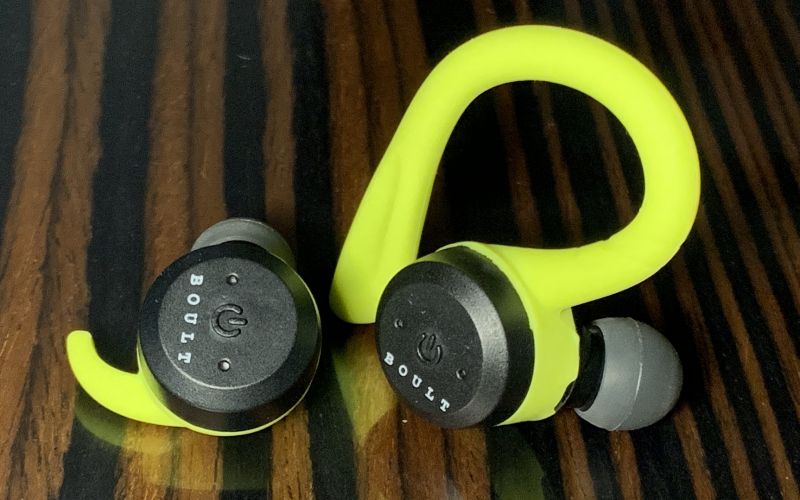 The Boult Audio Tru5ive earphones are priced at Rs 3,000 and they offer some really great audio quality. With the Tru5ive, Boult is proving that true wireless earphones can be implemented with some cutting-edge tech that offers some amazing audio quality and all packaged in a cost-friendly price. If you are planning to upgrade to a pair of sporty true wireless earphones and don’t want to break the bank, then the Boult Audio Tru5ive gets a recommendation from us.