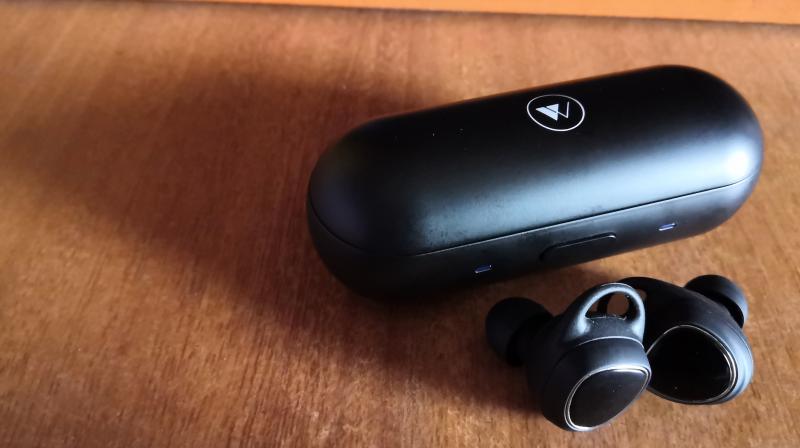 Earphones have constantly evolved throughout time to deliver what we have in the market today. Going back to the year 1881, Theatrophone was first demonstrated in Paris. The public used it to listen to live theatre performances by simply holding the two-earpiece device on their ears. From the aforementioned time, we can understand how far we have ventured with earphone technology. From the Sony Walkman era to the classic white Apple earbuds, from wired to wireless and from solely music listening purposes to smart AI-assisted earphones.

Representing all the contemporary features of a modern earphone, we have the Wings Touch true wireless earbuds. After testing it in every possible way, we can say that these pair of earbuds are a serious competitor in this range. To help you understand more about this device before you go and buy, we have analysed it to its fullest extent and these are our honest views on the Wings Touch.

The product comes packed in a black cardboard box. Inside the box – a charging case, a pair of stereo earbuds, two extra different sized ear wings and ear tips, a short micro USB cable for charging and a user manual of course. 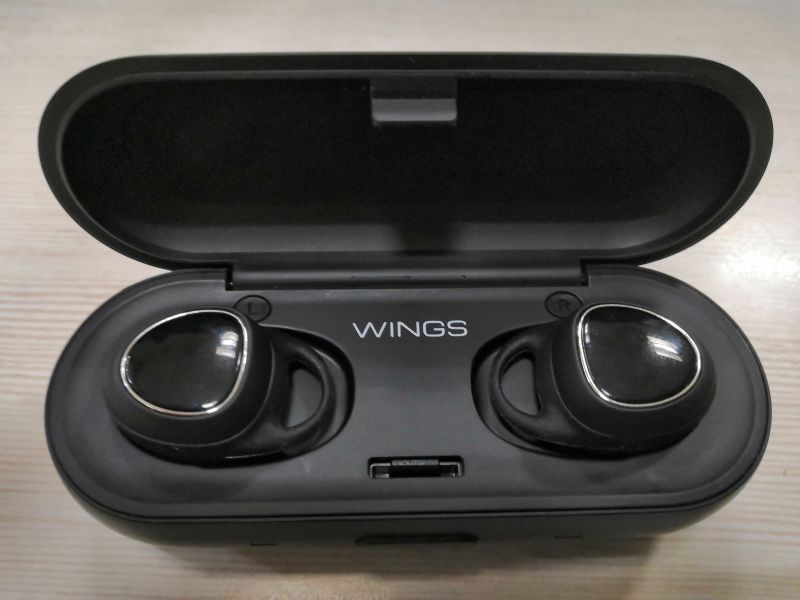 The charging case is very compact which makes it very easy to carry around as you can simply slide it into your pocket. The clamshell design with a smooth black matte finish makes it look more attractive and premium. In front is a button to flip open the lid and two LED indicators to indicate charging of the earbuds. On the backside, a USB port for charging the case and a single blinking LED light to show the charge level of the case itself. You need to look at the number of consecutive blinks to determine the battery level of the case. The two stereo earbuds and the compartment inside themselves are magnetic, so they stay in place while charging. Moreover, the magnetic attraction is not so strong that you’ll have to struggle while taking them out. 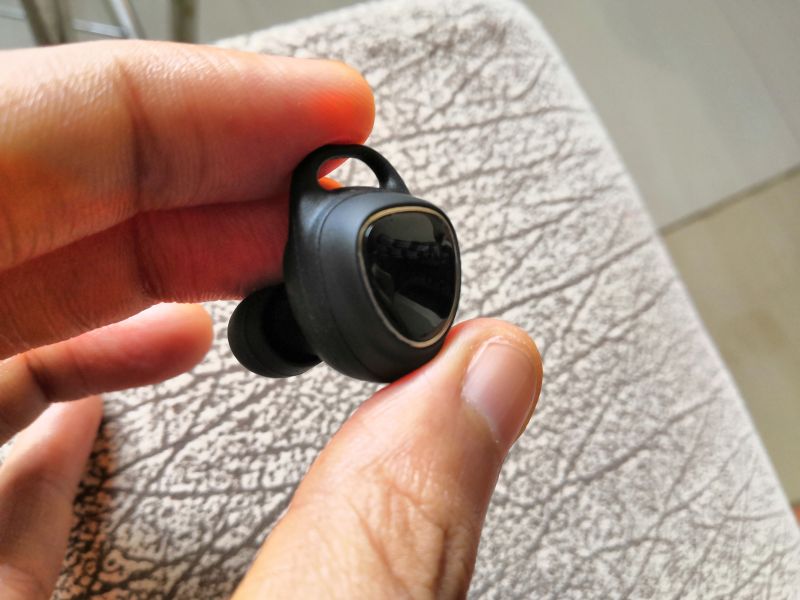 The earbuds are touch-sensitive, so you won’t find any keys on it and because of that, they look neater in terms of design. In front, they have a mirror finish and a metallic ring circling it off. Very deluxe in looks, some may even find it similar looking to the Samsung Gear IconX. On each earbud, there is a small blue LED light indicator for Bluetooth pairing indication.

These earbuds have an IPX7 rating so they can remain by your sides while you go for a run or lift weights in the gym. The design is perfect as they fit perfectly in users’ ears and don’t fall off on their own. Absolute snug fit and comfortable altogether, they can be easily worn for long hours.

The company says that the earbuds provide deep bass along with clear vocals and are perfect for EDM, Bollywood, Rock and acoustic songs. When tested with our playlist and other lossless music we had our differences with what the company had claimed.

The lows are simply perfect to start with, and it does pack a punch on its 7mm micro Neodymium speaker driver. As every company is really focused on delivering good bass on their respective sound devices, it’s the same thing here and they have successfully assembled and manufactured it. The bass output never went unnoticed irrespective of the genre being played.

In between the mid and high range is where the real music happens – all those melodious vocals, the riff of the guitar or any other leading instrument – and this sometimes went missing because the highs were apparently too high. The vocals and other little things happening in the background were kind of dimmed because of all that treble and we had to concentrate on what was being played. So, if you are a heavy Rock music listener or Bollywood, you’ll have to tweak the equaliser as per your liking and it completely solves that. Other than that, for a wireless earbud with a narrow soundstage such as this, the sound quality is really good. 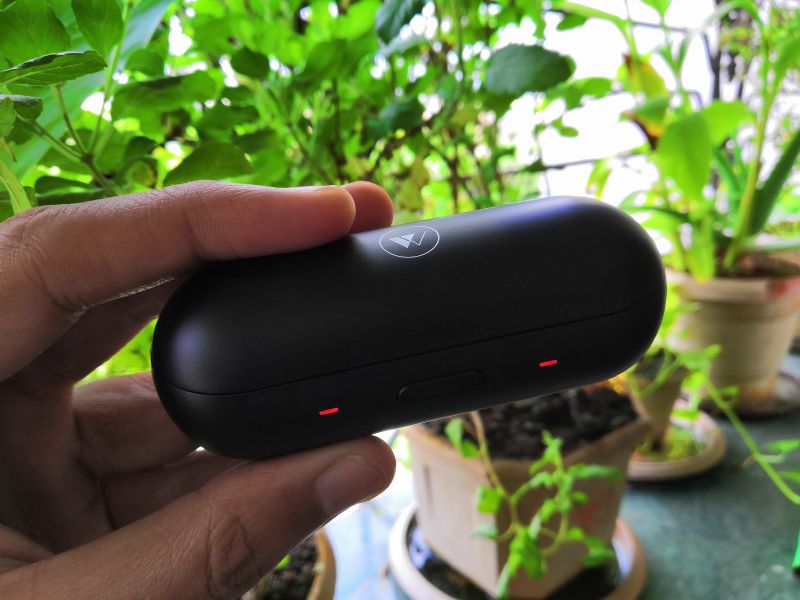 A Bluetooth 5.0 at work here which helps it auto-connect to your desired device as soon it comes out of the case and it also allows you to stay connected in a 10-12 metre range with the device. The charging case packs a 500mAh battery and one charge will easily get you through a whole week. Each earbud has a 45mAh battery and as soon as they go back in their case, they come out recharged. 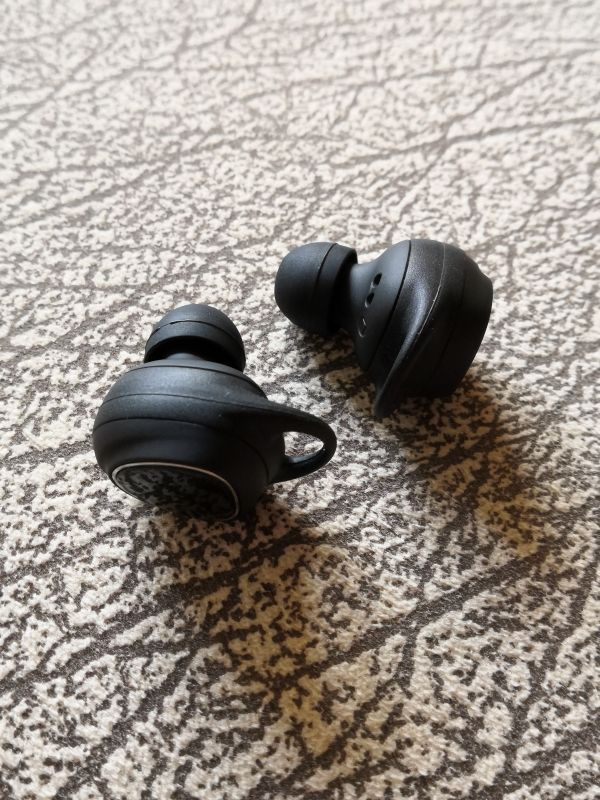 They also have an HD microphone built-in which lets you receive calls and, in our experience, the voice going on the other side was crystal clear. The touch panel is very responsive and accurate with all of its functions. The touch sensor helps you to change songs, adjust volume, answer calls and activate voice assistants – all with simple touch controls on the left and right earbuds.

The Wings Touch true wireless earbuds are priced at Rs 3,999 and they pack all the good looks with amazing sound delivery and are super multifunctional. Very few brands are offering a touch-sensitive earbud at this price range, but the performing ability on this one goes unmatched. Moreover, we did not experience it falling off anybody’s ears which is probably the main concern everyone has with wireless earbuds in general.

So, if you are someone who wants to go truly wireless then this is it.