The new series by Emporio Armani is a part of Fossil Group’s 300 smartwatch models, scheduled to launch later this year. 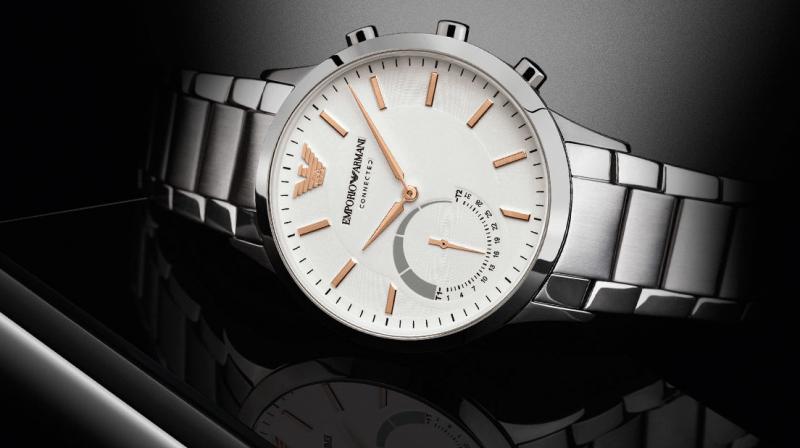 Emporio Armani has joined the list of fashion houses to jump onboard the Android Wear bandwagon. The company — with singer Shawn Mendes as their spokesperson at the event — introduced its first touch-screen smartwatch collection at the Milan Fashion Week recently.

The new series by Emporio Armani is a part of Fossil Group’s 300 smartwatch models, scheduled to launch later this year. The company announced that the new line-up will be available on Armani’s official website, starting September 24th. As per their announcement, the Emporio Armani collection of smartwatch will have their own customisable watch faces to complement with the brand’s aesthetics. The company will be offering eight interchangeable straps to go with their upcoming smartwatch. Apart from that, the watch will offer the typical Android Wear 2.0 functions like tracking your activities, alerting you regarding your notifications and allow you to summon Google Assistant. The smartwatch will be backed by Qualcomm Snapdragon Wear 2100 processor.

The company still hasn’t shared the pricing on the upcoming collection, but it is speculated that they will fall anywhere between $200 to $375 price range category.