Everything Apple could announce in October

Apple may host its iPad event in October and here is everything the Cupertino brand may unveil. 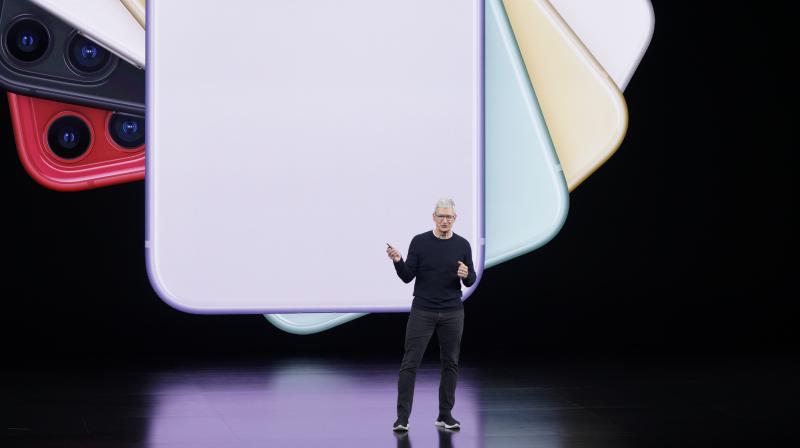 Apple could launch a slew of products in October. (Photo: AP)

As far as Apple hardware is concerned, we have seen quite a few products launched already. Earlier on this year, the new MacBook Air, the Apple AirPods second-gen and the iPad Air and iPad mini were announced. This month, Apple has also unveiled the iPhone 11, iPhone 11 Pro and iPhone 11 Pro Max. The event also saw the debut of the Apple Watch Series 5 and the new 10.2-inch iPad. If you thought Apple was done releasing products, then you may be mistaken as rumours about an October event are gradually gaining steam.

Since 2011, Apple has always had an October event with the years 2015 and 2017 being the only exceptions. The Apple Mac has been a mainstay at this event except for the 2011 event in some capacity. However, with a ton of rumours spilling in about the upcoming MacBooks, it is fair to say that at least one new Mac will be announced at the event.

Previous October events have taken place in the latter half of the month and all have taken place on either a Tuesday or Thursday. This means that the Apple event in October could be held on 22, 24, 29 or 31.

As of now, the October 2019 hasn’t’ yet been announced; however, based on past refreshes, the October event is all but guaranteed and here is a look at what the brand may launch.

The much-rumoured 16-inch MacBook Pro was tipped to be unveiled at the September event but its no-show was no surprise. In Apple’s September events it had a lot of tech to unwrap so hopes of Apple introducing a new MacBook Pro was slim to none. And as mentioned earlier, the iPhones, iPad and Apple Watch were all unveiled and keeping a separate launch for the MacBook makes more sense.

Rumours about a 16-inch MacBook Pro have been circulating since quite a while so it is fair to assume that it will get its fair share of the spotlight in October.

The 2019 edition of the iPad Pro has also been tipped to launch next month and with the rumours creeping in, there is a strong indication that it could become a reality. The biggest leaks about the 2019 iPad Pro is that it will come with triple rear cameras, a feature that will be borrowed from the iPhone 11 Pro.

Other than this, the iPads will come in 11-inch and 12.9-inch sizes and there will be minor hardware bumps in the processor.

With Apple already detailing every last bit of information regarding the Mac Pro and the new Pro Display XDR, we expect nothing new to arrive with its announcement. However, what we may get to know is its release date which should take place a week or so after the October event.

The iMac Pro could receive a specifications bump to make it an attractive substitute for the Mac Pro. The iMac Pro could get a 28-core 2.5GHz Intel Xeon W Processor and a bump in its graphics. There could be a higher RAM configuration as well.

The third iteration of the Apple AirPods may get announced at the event; however, we aren’t holding our breath for it. These buds are expected to come with noise-cancellation tech and maybe a slight redesign.

Apple is also said to be working on over-ear headphones and this product could also make its debut at the October event.