The XPS 13 retains the narrow-bezel display but is now reinforced with Intel 8th-gen processors. 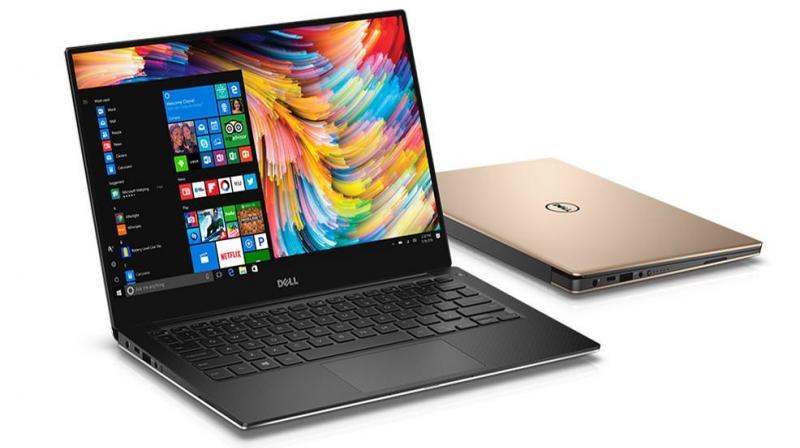 The XPS 13 sports a Quad HD+ InfinityEdge display, with only a 5.2mm bezel on the top and both sides.

Dell’s XPS range of notebooks has been known for redefining the ultrabook segment with fast performance, great display and everyday practicality. However, the company has unveiled an updated model for 2018. The new model now utilises the power of Intel eighth-generation processors that promise up to 44 per cent improved performance than the previous generation.

The XPS 13 sports a Quad HD+ InfinityEdge display, with only a 5.2mm bezel on the top and both sides, and weighs between 2.7lbs (1.2kg), 2.9lbs (1.29kg) for touch, which is protected by Corning Gorilla Glass. The display has wide-viewing angles and can be up to 400 nits bright.

With new 8th generation Intel processors, performance gets boosted to 44 per cent over the older models. Dell’s Dynamic Power Mode delivers extra processing power, while monitoring and managing system temperatures. Users can configure their XPS with either Core i5 processors or Core i7 processors, 8GB/16GB RAM configurations and up to 256GB of onboard storage. The Dell XPS 13 comes with Killer 1535 Wireless-AC and a new Thunderbolt 3 port, which enables up to 8x the transfer speeds of USB 3.0.

The new XPS 13 will be starting at Rs 84,590, which will go up depending on the number of additions and customisation.