The new technology enables the drones to function in windy conditions along with making it more energy efficient. 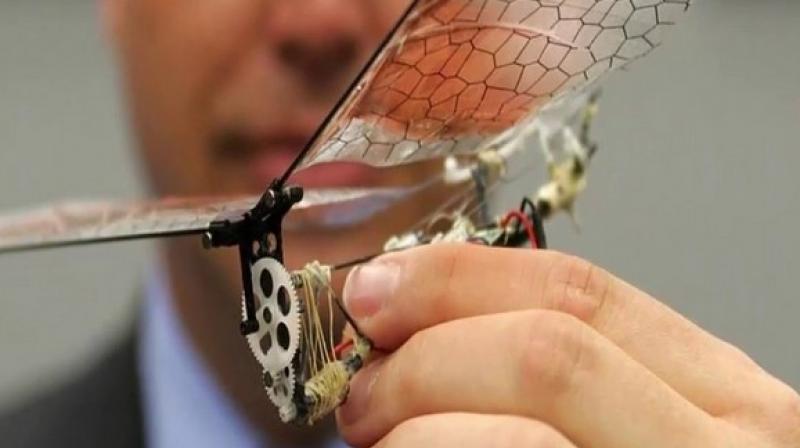 Researchers have developed a drone with ‘movable-arm technology’. It is inspired by the wings and flight patterns of insects. The new technology enables the drones to function in windy conditions along with making it more energy efficient.

The details about the technology are published in the Journal - Dynamic Systems, Measurement, and Control.

Drones are used to assist in end number of functions, such as disaster relief, surveillance and spying, mineral exploration, geological surveying, agriculture, archaeology. Several other industries too use drones to achieve accurateness.

"Our drone design was inspired by the wings and flight patterns of insects. We created a drone design with automatic folding arms that can make in-flight adjustments," said Xiumin Diao. Diao worked with the Purdue Office of Technology Commercialisation to patent his device. They are looking for additional researchers and partners to license the technology.

Diao said the design provides drones with improved stability in windy conditions because the folding arms can move and change the centre of gravity of the device during the flight. He said the design also makes drones more energy efficient because the movable-arm technology allows for the use of the full range of rotor thrust.

He added: "The drones on the market now have fixed arms and that greatly reduces their maximum payload capacity when the payload is offset their centre of gravity. Our design allows a larger payload because the movable arms can liberate part of rotor thrust to fight the weight on the overall device."

The foldable arms can also help in search-and-rescue operations using drones because they can more effectively navigate the air conditions in ravaged areas and morph by moving the arms to go through narrow spaces.

A record of more than USD 700 million was invested in the drone industry in 2018 as military, government and consumer markets saw increased demand.