Alphabet Inc takes a different approach to the smartwatch 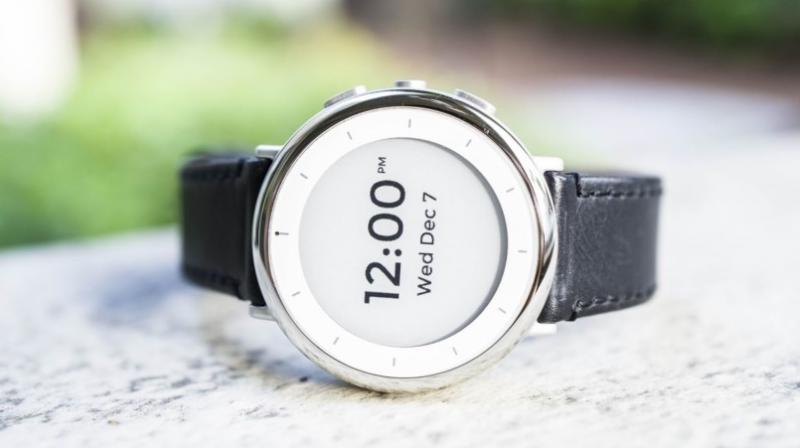 Smartwatches have been on the market for quite some time and they haven’t exactly been able to capture the fancy of people as expected. There are two major reasons for that – the exorbitant prices and the complexity of the watch themselves. Most smartwatches have an OLED display and have oodles of sensors as well as connectivity options but none of them are easy to live with. Most importantly, none of them do the simple job of showing you time and date information. However, it seems that one company has understood the problem and has come up with a solution.

Alphabet Inc's health sciences research firm Verily (formerly Google Life Sciences) has come up with the “Study Watch”. Unlike the usual array of Android Wear watches, the Study Watch doesn’t show you notifications from your phone, internet feeds, map navigation, any third-party app and so on. But it does show you time and date information on a relatively simpler e-ink display, which means an individual will be able to wear it for at least a week before charging up the battery.

So, why is it categorised as a smartwatch? Well, it retains all the sensors from a “conventional” smartwatch to track the health data of the user. Verily’s primary objective is to develop and release tools to help doctors collect health data.

Therefore, the Study Watch has a heart rate sensor along with sensors for tracking electrodermal activity and inertial movements. The data is collected on the watch and stored in an encrypted format for security, post which it is sent to Verily’s cloud servers for further use by medical researchers.

For all of that function to happen on that small device, the watch has an unnamed processor that’s powerful enough to do all of that data processing in the background. There's a large amount of internal storage for preventing to sync the device frequently. The device will get OTA updates in the future for new algorithms ad user-interface changes. As previously mentioned, the presence of an “e-ink display” helps the watch to survive for at least a week on a single charge.

To wrap it up, the Study Watch is not for commercial use and is primarily a research aid for medical researchers.

But, what if a tribe of the commercial smartwatch market got a massive inspiration from the Study Watch? Mainstream smartwatches like LG G Watch 2 and Moto 360-2 are unnecessarily complicated and overloaded. They are expensive to purchase and don’t last any longer than your smartphone. Fitness bands are a lot simpler than the smartwatches and examples like Xiaomi’s Mi Band 2 are cheaper as well as easy to live with. But, they are limited in their scope and have a tiny form factor.

What we essentially need is a Study Watch that’s extremely practical to live with and does the difficult job of being a “smart” watch efficiently.