With this router, the user can manage home network through voice commands and stream faster to mobile devices with MU-MIMO technology. 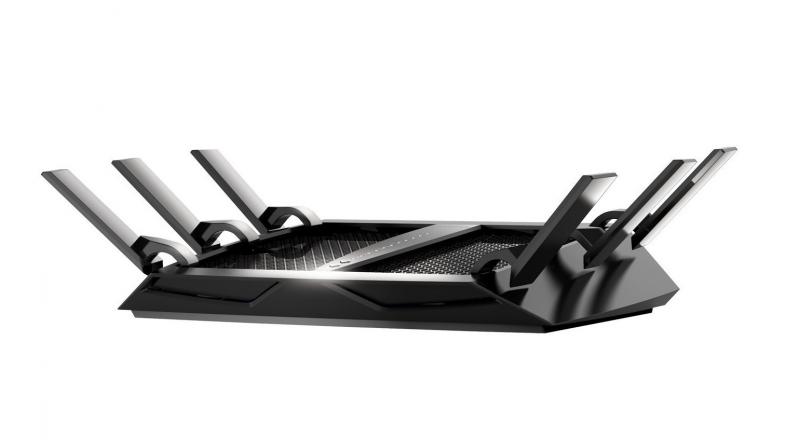 The company claims that this router is designed considering gaming, streaming, and mobile devices in mind, to make it easy for simultaneous streaming with too many Wi-Fi devices in your home.

Technical features of this router include up to 4Gbps (750+1625+1625 Mbps) of 802.11ac Wi-Fi speed and is powered by a next-generation 64-bit 1.8GHz dual-core processor plus with three offload processors for data-intensive applications, better video streaming, lag-free gaming, surfing, and more. The X6S is built to support gigabit WAN-to-LAN speeds for the fast wired and Wi-Fi speeds throughout your home. This router is equipped with five Gigabit Ethernet ports (1 WAN and 4 LAN), and two Gigabit LAN ports, which can be aggregated for fast wired connections for devices such as Netgear ReadyNAS Network attached storage.

With standard Nighthawk router features such as Netgear genie remote access, ReadyCLOUD and OpenVPN, you can access and control the X6S from anywhere. You can also manage it through spoken commands if you have an Alexa voice service-enabled product such as the Amazon Echo speaker or the Amazon Fire TV voice remote.

The combination of these features in Nighthawk X6S ensures that every device is assigned to the Wi-Fi band where it can connect at its maximum possible speed. With SmartConnect, selection of the fastest Wi-Fi band is completed for every device, ensuring that your devices are automatically connected to the best available band. The result is that faster devices perform unhindered by slower ones, perfect for today’s homes with their combination of new and old WiFi devices. This network load balancing and segmentation enables the X6S to mitigate interference, especially useful as Internet of Things (IoT) devices become more widespread in smart homes.

Laptops, tablets, phones, TVs, game consoles, smart home devices, and IP security cameras are given a performance boost so consumers can get decent Wi-Fi coverage while downloading, streaming, and gaming — anywhere in and around the home.

The latest Nighthawk X6S not only supports the features of its predecessor, but has new capabilities, which already standard in several other routers from the Nighthawk family, such as MU-MIMO (for simultaneous streaming to multiple devices), port aggregation, and ReadyCLOUD USB access.

Key specifications of this router include six high-performance antennas for better Wi-Fi coverage and faster speeds. It has two USB Ports including one USB 3.0 port for faster streaming, backup and easy access to your stored media.

The router can also be controlled by Netgear Genie app, which has remote access for installation, monitoring, control and repair of your network whether you’re at home or away. It also comes with cloud storage called Netgear ReadyCLOUD for personal, secure cloud access to USB storage. It also comes with Beamforming+ for improving range and performance for both 2.4 and 5GHz devices.

Security features include Parental Controls by the family members, separate Guest Network, and VPN Support for remote access to your home network and the Internet using any of your devices.