Google's smart display with AI to come by late 2018

It will actually be a smart Google Assistant-featuring speaker with a display. 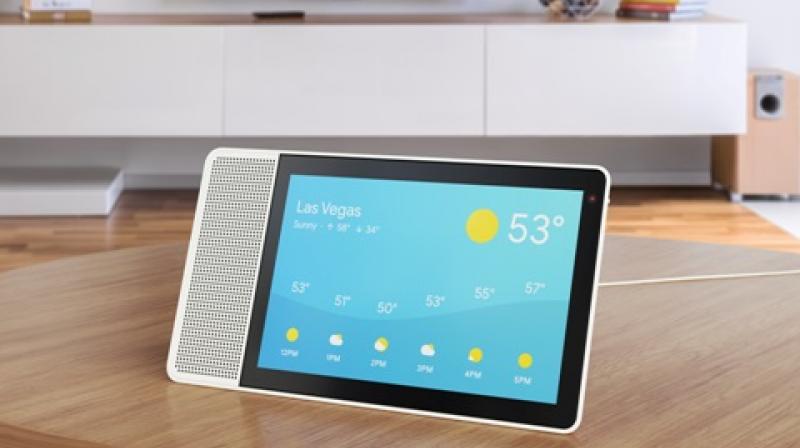 With the launch of the smart speaker bearing a screen, Google is foreseeing to ship 3 million units. (Representational Image/Source: Lenovo)

After voice-assisted speakers have acquired the market of smart devices, it's now time to see several companies trying their hands on smart voice-assisted displays. And, after Amazon having already done so, Google is the next player which will be taking a plunge into the territory with its Google Assistant.

As reported by Nikkei Asian Review, it will basically be a smart Google assisted speaker with a display. A similar product is currently sold by Amazon with the name Amazon Echo Show which is powered by its Alexa assistant. The Echo Show and all the other devices which are available with the smart display are mostly similar looking but are distinguished in terms of features they offer.

Whenever the smart display with Google Assistant comes out, we can expect several features on it which aren't offered with the Amazon Echo Show. As the NextWeb predicts, these devices may lend you the benefits of accessing YouTube and Spotify along with the Chromecast compatibility to stream audio and video. You may also be able to access your photos via the Android Things.

With the launch of the smart speaker bearing a screen, Google is foreseeing to ship 3 million units of the device in the first batch itself. In 2017, Amazon could sell 3,15,000 units of its Echo Show smart device after its launch. Google is expected to introduce the smart display by the end of this year.