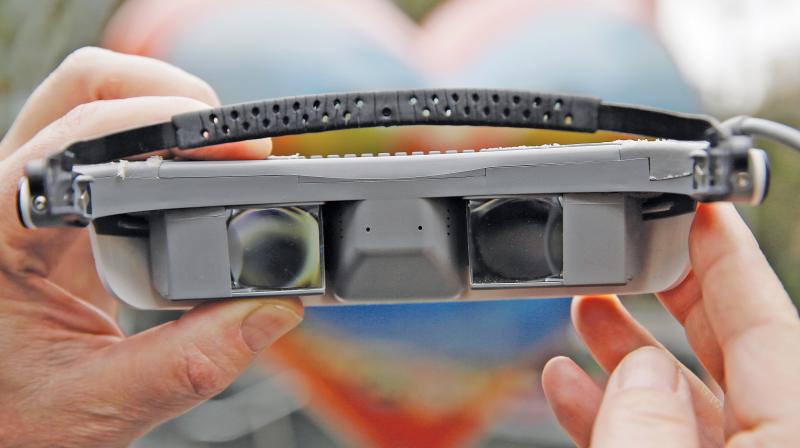 Echolocation is the use of sound waves and echoes to determine where objects are in space. Bats use echolocation to navigate and find food in the dark. (Representational image)

In a bid to make the life of visually impaired people easy; Anang Tadar, a class XI student of New Galaxy Academy, invented a gadget called Goggle For Blind (G4B), and has left everyone stunned with his brilliant innovation.

The gadget G4B will help blind people to detect objects in their surrounding without any physical contact by the means of principle of 'echolocation' used by bats. Echolocation is the use of sound waves and echoes to determine where objects are in space. Bats use echolocation to navigate and find food in the dark.

His invention was adjudged the most innovative award in recently concluded Regional Level Science Festival at Regional Science centre at Guwahati and was awarded with the Dinanath Pandey Smart Idea Innovation Award.

On March 6, he participated in National Level Science Exhibition at Rastrapati Bhawan, New Delhi, where Honey Bee Network, which is in collaboration with National Ignition Facility (NIF), Society for Research and Initiatives for Sustainable Technologies and Institutions (SRISTI), Global Youth Action Network (GYAN) and United Nations International Children's Emergency Fund (UNICEF) were quite impressed with his gadget.

NIF and UNICEF are willing to launch G4B in the market, therefore Anang has been asked to create few prototypes to test on the blind people. Though his initial product is slight bulky but with the help of other builders it will be made light if successfully tested.

Apart from his current invention he has a hobby of making robots and gadgets anything related to technology. He has participated in many technical events organised by renowned technical colleges and secured first place most of the time. His future project is to build an Exoskeleton which will help people to lift heavy objects.

Coming from a poor family, Anang has been using all his pocket money and sometimes borrowing money from his friends to build his products. As of now he needs financial assistance to build five or ten G4B prototypes for trial. Each G4B will cost around Rs 15,000.