Technology   Gadgets  17 Jan 2020  Step aside AirPods; these Samsung Buds will have a cool feature
Technology, Gadgets

The Samsung Galaxy Buds+ are drumming up some excitement ahead of its impending arrival. 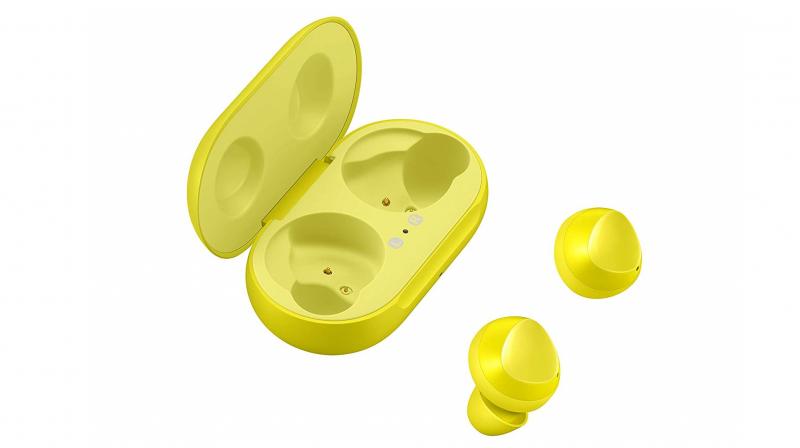 The Galaxy Buds+ will launch on February 11 at Samsung’s Unpacked Event in San Francisco.

A recent report states that Apple has been the most dominating true wireless earbuds available with a whopping 35 per cent of the entire wearables market. Samsung, on the other hand, sits at third place with 9.8 per cent share and they sit behind Xiaomi who command a 14.6 per cent share. In a bid to improve on these numbers, Samsung will be releasing the Galaxy Buds+ alongside the Samsung Galaxy S20 at the brand’s Unpacked event on February 11. While details are slim, there are some features that have surfaced which make these true wireless options worth spending on this year.

The code name RM-175 has made an appearance on Samsung’s official website which indicates that it is a follow-up to the SM-R170 which were the code name for the original Galaxy Buds.

The Samsung Galaxy Buds+ was initially tipped to come with noise cancellation; however, it appears that Samsung has scrapped plans for this feature and may include it in Galaxy Buds that launch at a later date. This is quite disappointing since the AirPods Pro have achieved great success because of this very feature.

Where Samsung has doubled down is in overall audio quality and even though ANC will be missed, the overall snug fit of the Galaxy Buds+ should ensure that there is sufficient passive noise cancellation.

The original Galaxy Buds received a lot of positive feedback and Samsung appears to be sticking with the overall design here as well. A great feature found on the Galaxy Buds was its wireless charging capabilities and it also beat Apple to this feature. It is expected to make a return on the Galaxy Buds+ and if priced competitively, these earphones will be a very worthwhile option.

And as far as the best features of the Galaxy Buds+ go, it is expected to come with improved battery life. If the rumour mill is to be believed, then the battery capacity here will increase from 58mAh to 85mAh. This could provide a battery life as much as 12 hours per charge which is pretty impressive. However, things could change and this battery capacity may not come included with the upcoming model.

Another interesting feature here is that there will be four mics instead of two found on the current generation Buds. This will help in the overall call quality since there will be no active noise cancellation here. Speaking on this, a report by Forbes states, “Usually, extra microphones are used to abet noise-cancellation, but can also be implemented to improve call quality by comparing what the separate microphones hear and prioritizing what the software considers is your voice over background noise.”

Lastly, the price of the Galaxy Buds+ is expected to stay the same as the current generation Galaxy Buds which is very competitive.