We review both devices and conclude if you should still wait for the delayed launch of the Mi Band 4. 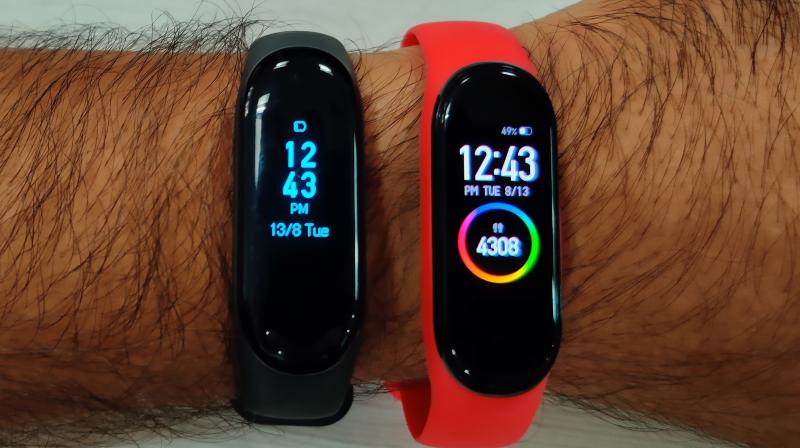 The Mi Band 4 is almost identical to the older version from afar. It is only when you have a closer look that you can distinguish between the two bands.

The Mi Band 4 is Xiaomi’s latest offering to the fitness tracking segment. Though we haven’t had a launch in India as of now, a lot of people are waiting to buy the new Mi Band 4.

In case you’re still confused between buying the Mi Band 3 or Waiting for the Mi Band 4, here is a comparison between Xiaomi’s immensely popular Mi Band 3 and the newer upgrade, the Mi Band 4.

The Mi Band 4 is almost identical to the older version from afar. It is only when you have a closer look that you can distinguish between the two bands. The Mi band 3 device is slightly smaller than the Mi Band 4 device, but the designs are so identical that you can actually swap out the devices into each other’s straps. 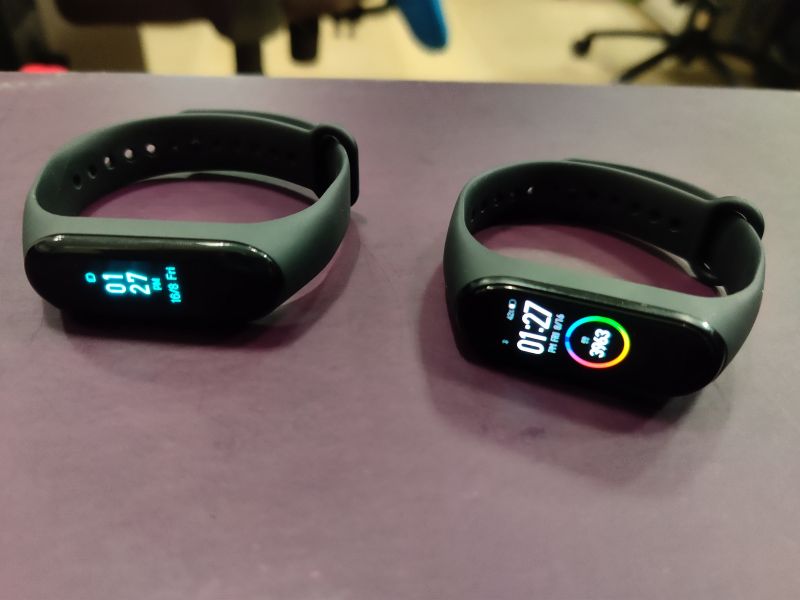 The Mi Band 4’s screen is however distinguishable when it is not lit up—you can see the black rectangle of the screen inside the casing—if that is something that bothers you. This isn’t the case with the Mi Band 3, which truly felt seamless. The Mi Band 3 wins here.

What the Mi band 4 lacks in the device design, it makes up for in the coloured AMOLED screen that it offers. The screen of the Mi Band 4 is larger and takes the customization of fitness bands to a whole new level.

For the first time, you have access to about 70 band-faces, and that’s just from the official Mi Fit app. There are entire apps on the play store that help you download hundreds of custom band faces. 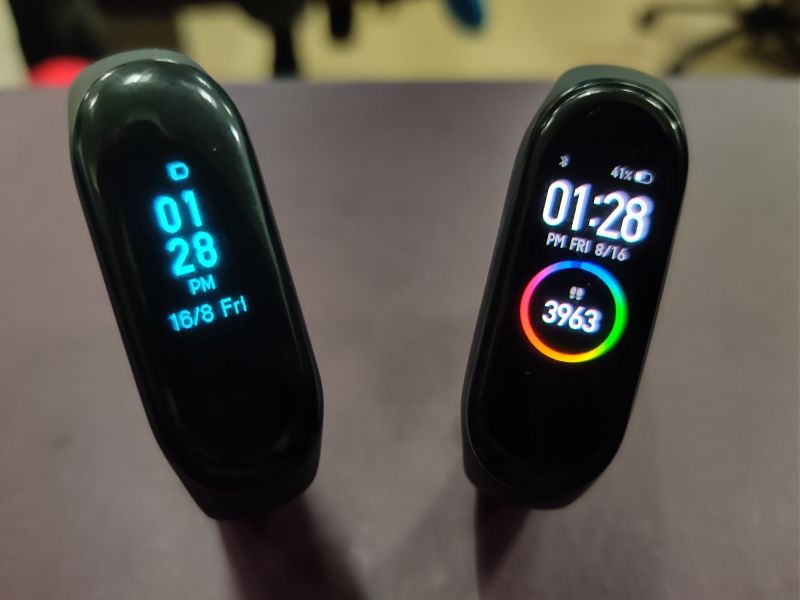 The overall appeal of the Mi Band 4 also looks better with the colour screen adding more depth to the various options. The heart-rate monitor, for example, appears red, the weather and notifications get more meaningful with colour coding. However the Mi Band 3 screen seemed to have faster response and smoother transition. The difference however is marginal, and we’d still pick the Mi Band 4 over the 3.

The Mi Band 4 can do almost the same things that can be done by the Mi Band 3—The only difference being, the 4 does everything better. The Mi Band 4 has a six-axis sensor on board, which in theory, should be twice as accurate as the Mi Band 3’s three-axis sensor. So incorrect results should be a lot lesser on the Mi Band 4, whether you’re running, swimming, or more. 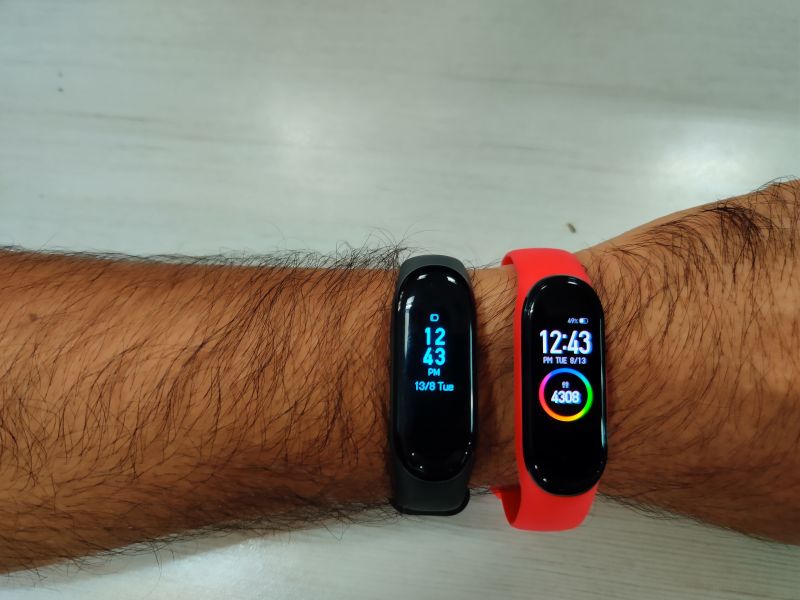 While most sensors do not have GPS, the Mi Band 4 has the ability to use your phone's GPS sensor to keep a track of your outdoor activities and distance. Oh and yeah, the Mi Band 4 also lets you control your music playback. Awesome!

The Battery life of both devices is approximately 20 days on average usage. Both devices are good with battery life. although we saw much faster charging time on the new Mi Band 4, despite the new device having a bigger battery (110mAh vs 135mAh). 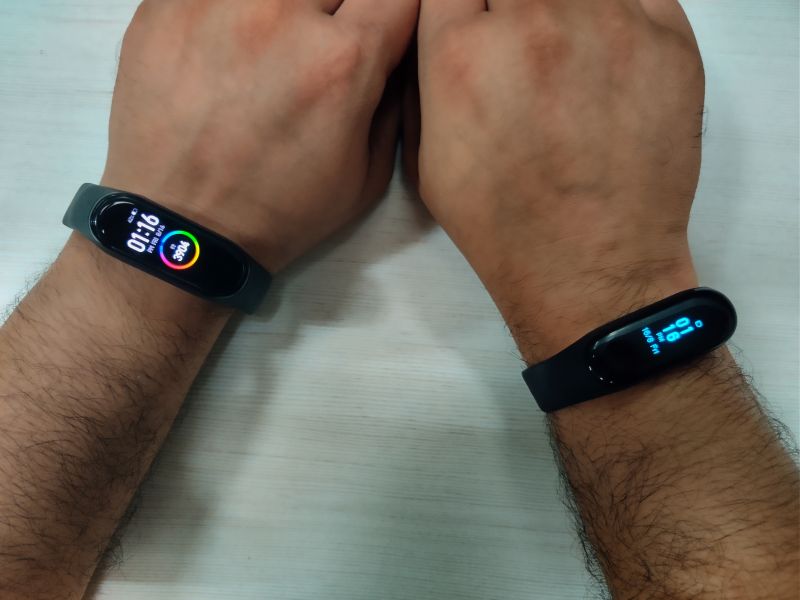 The Mi Band 4 is a great upgrade over the Mi Band 3 and all other fitness trackers in the price segment in terms of how much more you can do with it. If you’re thinking of upgrading from your Mi Band 3 to a 4, you definitely should.

And if at all you are looking to buy the Mi Band 3 right now at Rs 1,999, we would suggest you either wait for the Mi band 4 launch in India or check out how to import the band easily and for cheap by clicking here.