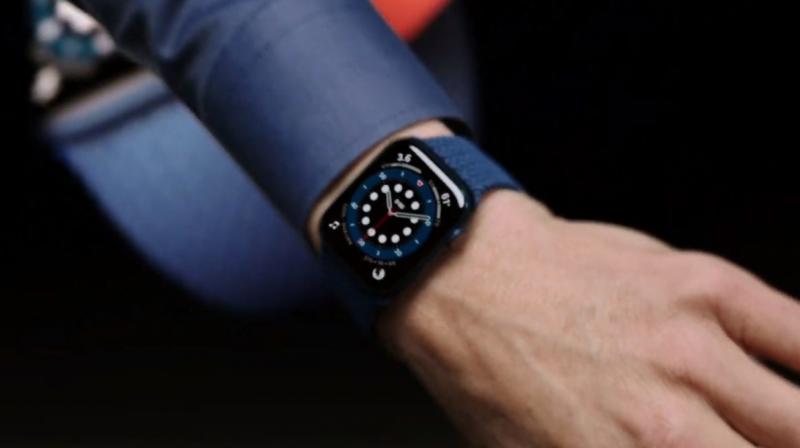 The temperature sensor could appear in the watch's 2022 refresh. (Photo: Apple.com)

Washington: Tech giant Apple is working on new Apple Watch models which could feature an improved screen and updated ultra-wideband support. But more substantial improvements like temperature and blood glucose monitoring will appear in later models.

As per The Verge, the company is also reportedly planning a successor to last year's more affordable Apple Watch SE, as well as a new extreme sports-focused model, due for release in 2022.

The improvements coming to this year's watch model, which will almost certainly be called the Series 7, appear to be small. Its display bezels are said to be thinner, and a new lamination technique could reduce the distance between the display and the front cover.

The watch's ultra-wideband support could also be improved after getting its Apple wearable debut in last year's Series 6.

But the years ahead could bring more substantial improvements for Apple's wearable. Top of the list is a new blood glucose monitoring feature, which could automatically log blood sugar levels for diabetics without them needing to prick a finger to draw blood.

There is also reportedly a new body temperature monitoring feature on the way, which has seen a surge in interest due to the pandemic. The temperature sensor could appear in the watch's 2022 refresh, while blood glucose monitoring is several years away.

It was previously reported that Apple was internally discussing releasing a rugged smartwatch aimed at extreme sports users.

This model, internally referred to as an "explorer" or "adventure" edition, is unlikely to release this year, and could arrive in 2022.