The Huami Amazfit hits the growing sector between mainstream smartwatches and affordable fitness trackers, but how well does it do? 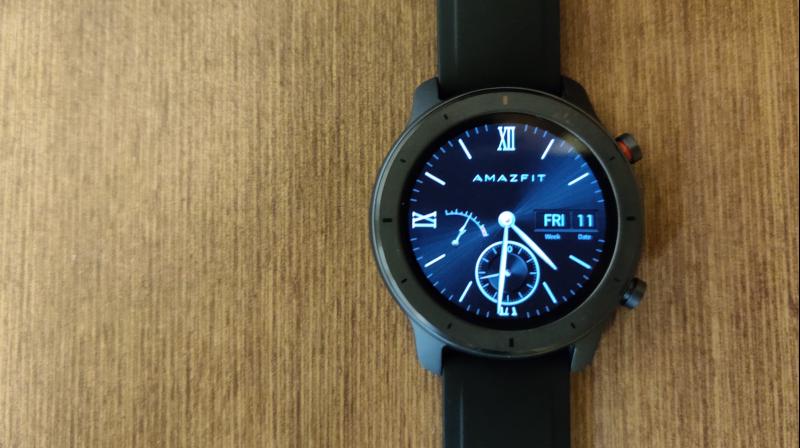 The Amazfit GTR 42mm incorporates a beautiful design with a small form factor. Unlike the bigger 47mm, the 42mm ships with a silicone strap of the colour you choose.

Above the canopy of a large market of fitness trackers, smart-bands, and all the nomenclature in the world you can think of for affordable wearable tech in the Indian market, begins the segment of smartwatches. These are devices that often act as elegant looking timepieces that also double up as smart wearable tech, offering all capabilities of fitness trackers and more. Smartwatches used to be expensive, but multiple variants and brands have helped bring the tech to a wider audience at more reasonable prices.

One such brand putting out new smartwatches across the budget segment is Huami. It’s the brand behind popular wearables like the Amazfit series of smartwatches. After various variants like the Amazfit Bip and Amazfit Stratos, the brand now has the Amazfit GTR. The GTR comes in two size variants, the larger 47mm, that ships with a leather strap, and a smaller 42mm which we have in for review today. Here is what we think about the gadget.

The Amazfit GTR 42mm incorporates a beautiful design with a small form factor. Unlike the bigger 47mm, the 42mm ships with a silicone strap of the colour you choose. The body itself features a grey coloured sleek design with two buttons on the right. There is a 1.2-inch AMOLED screen with Gorilla Glass 3 protection and an anti-fingerprint coating. The back of the body has the heart-rate sensor and the magnetic charging connectors. 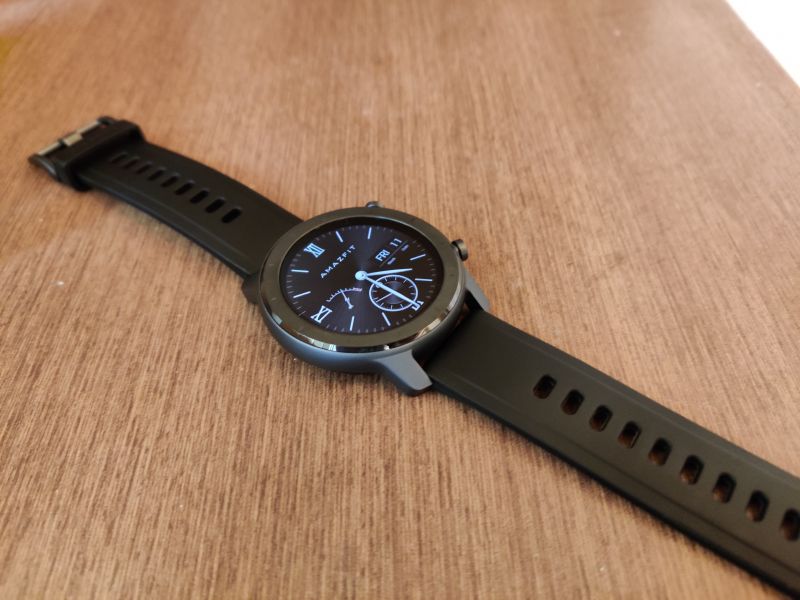 The silicone straps are of nice quality and have a groovy pattern on the bottom that helps a little with grip on loose hands. This is a proper watch strap where you lock the fastener in the strap holes, unlike a push-in button found on most fitness trackers. There are plenty of holes so even people with large or very skinny forearms should have no issues. 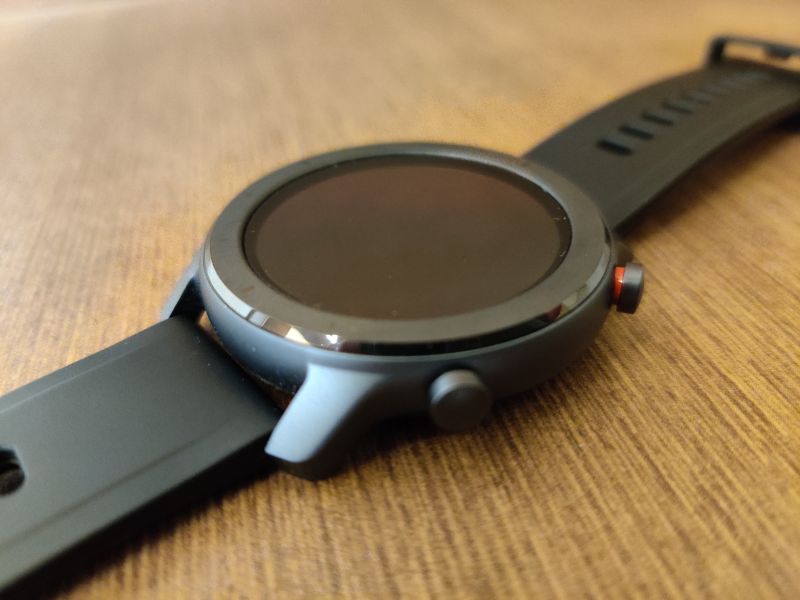 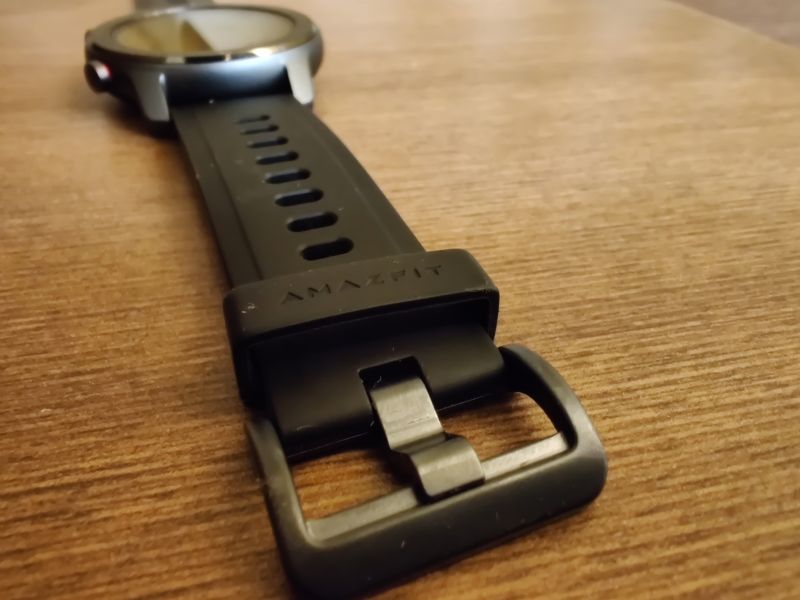 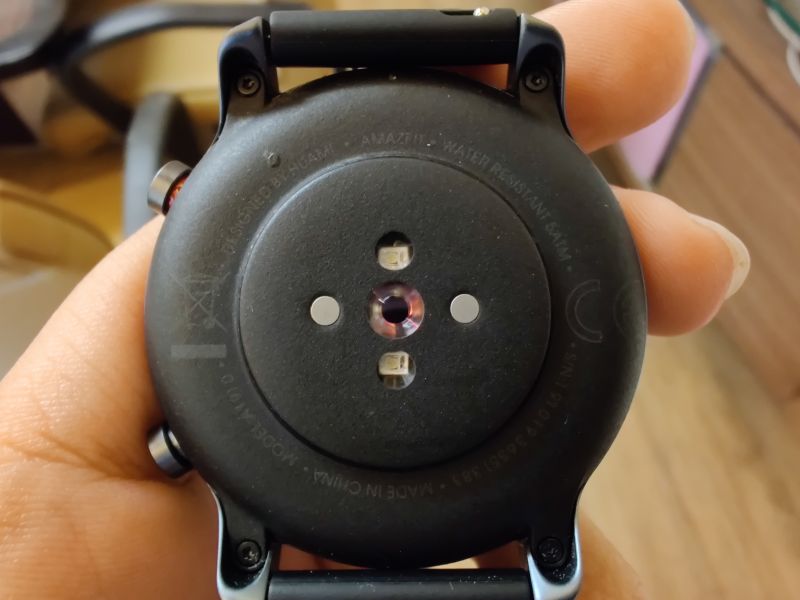 The build of the watch is very solid. The metal body with the metallic finish not only looks classy but also goes well with most analogue and digital faces. Moreover, the body feels sturdy and looks like one that can take a beating, which along with the Gorilla Glass 3 on the screen means the watch is resistant to most wear-and-tear of daily life.

The good news is that the Amazfit GTR can do everything that a smart band or a fitness tracker can. The bad news? That’s about it. Compared to fitness trackers, the GTR has a circular watch-face and an easy to use interface, but beyond that, the watch doesn’t offer much. 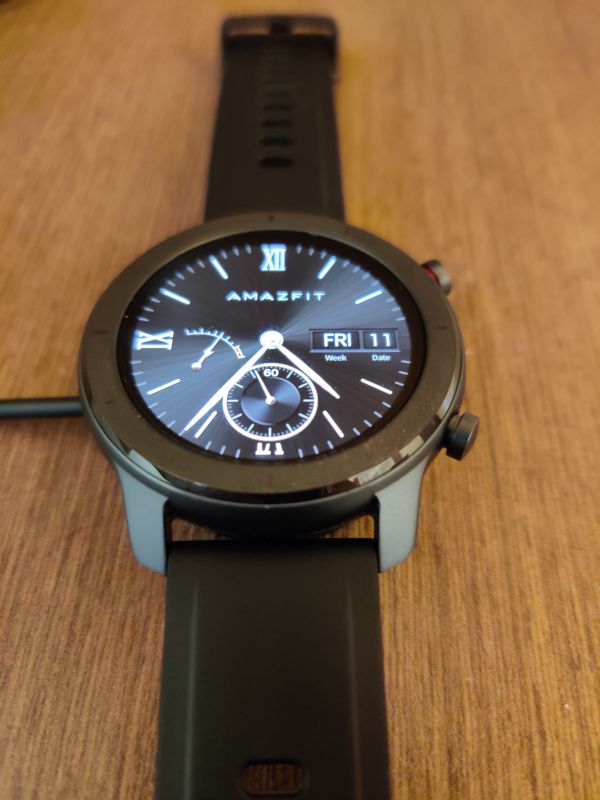 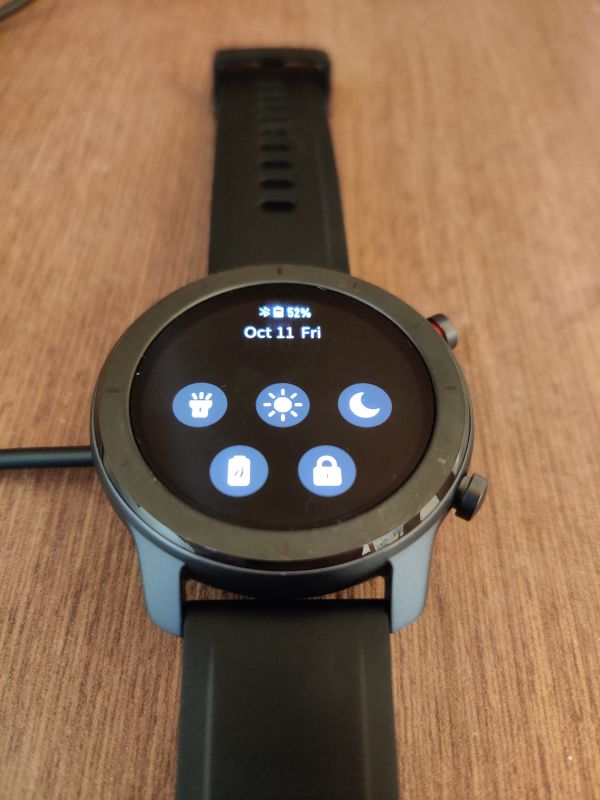 Apart from telling you the time, the GTR can show notifications from the phone it is connected to, change music, track footsteps and your heart-rate. The watch can also track various workout modes with support for sports like running, walking, swimming, treadmill, and more. You can even set alarms and event reminders. 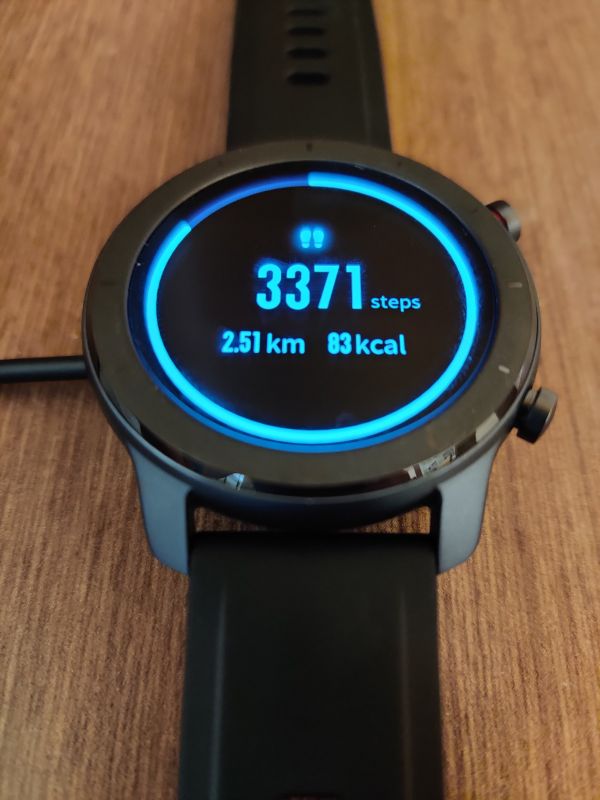 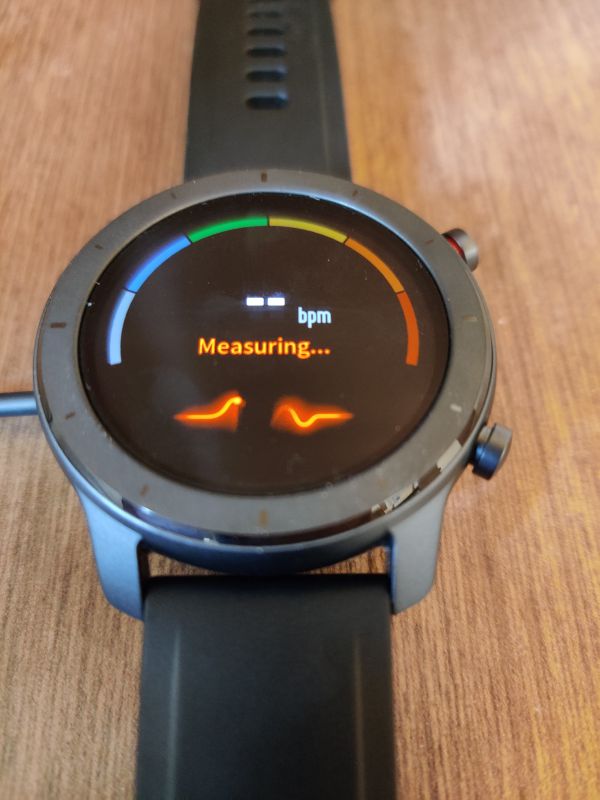 The additions you don’t find on fitness trackers are a built-in compass, air pressure sensor and an altitude meter. The watch also has built-in GPS, and need not rely on the phone’s active connection to get accurate fitness data after a run.

The watch has two buttons that control functionality. The top button turns the screen on and off (useful if the lift-to-wake feature is off) and also acts as a home button when you are deeper in the interface, bringing you back to the main screen. The bottom will bring up the various dedicated sports modes on the screen

The watch connects to the Amazfit application to keep it in sync with your phone. Coming from Huami, who are also makers of the Mi Fit application, the app itself resembles the Mi Fit interface. So people coming from one of the Mi Band should have no issue navigating the new application. 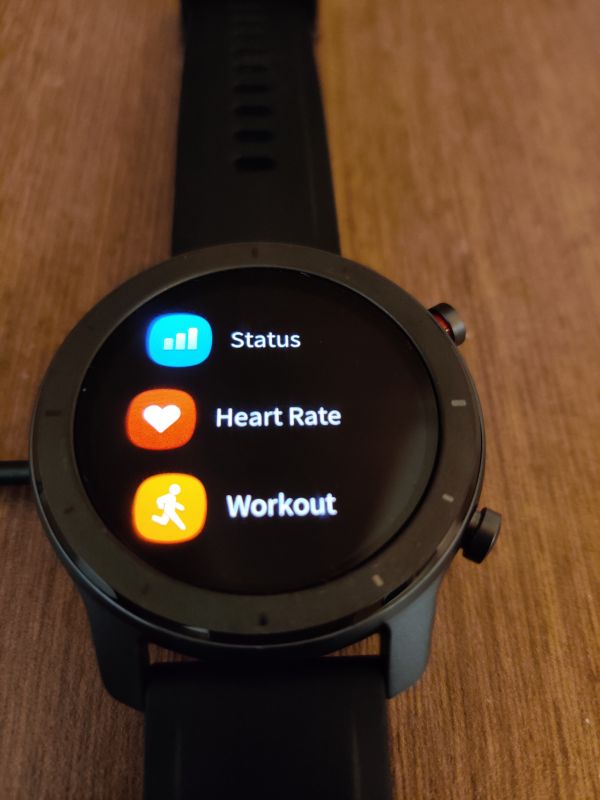 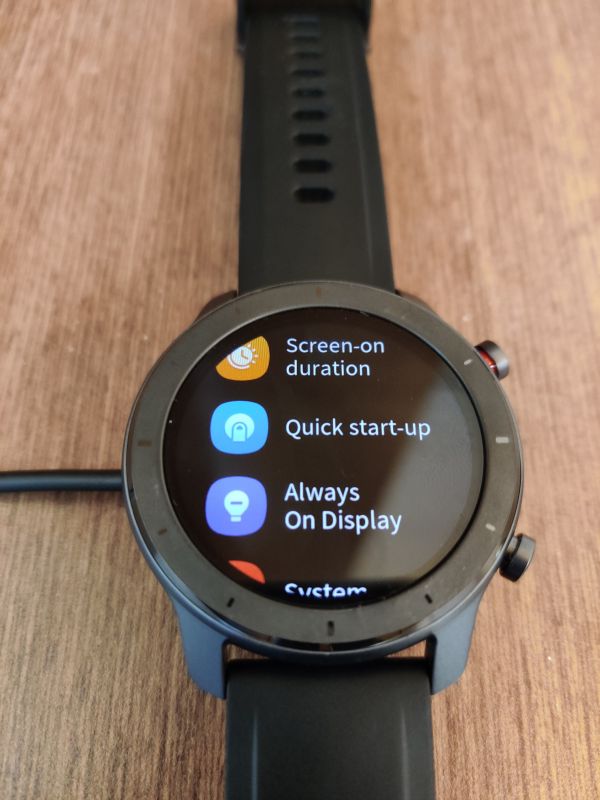 The Amazfit app allows users to pair the watch, change faces, and set up apps that can send notifications. There are other settings like the auto-heart-rate detection frequency, custom vibration patterns for notifications, or lift-to-wake that can be toggled from here.

While the band displays an incoming call along with the name of the caller if it is saved, it cannot accept calls, only decline them. One bug we noticed was that the band couldn’t successfully decline calls either. Pressing the red decline button on the watch would only stop the watch from ringing, but the call would still need to be declined from the phone.

The Amazfit GTR can store 3 watch faces on the watch itself at a time. This includes two default analogue faces and one face of choice from the Amazfit app. The app has plenty of watch faces to choose from, both digital and analogue. Most of the watch faces are actually pretty cool, and the options to choose from cover both minimal and stylish designs to outright funky faces.

There are third-party applications on the play store like Amazfit that will get you even more custom faces for the watch, but note that most of these faces are created for the larger 47mm variant, and hence will not support the 42mm watch.

The watch lacks the abilities that essentially would differentiate it from being more than a fitness tracker with a round dial and GPS. This means you cannot accept calls, cannot reply to texts. Even the notifications you do get support only alphabets and symbols, but not emojis. Emojis will be shown as blank spaces.

The watch is being branded as a smartwatch, but key features that make this watch just a smarter regular watch include the lack of proper notification support and call handling.

Battery life on the Amazfit GTR 42mm was decent. We got 5-7 days on a single charge based on our usage. The magnetic charging port that comes with the watch is easy to use and requires you to just place the watch on top, from where it will snap into place. 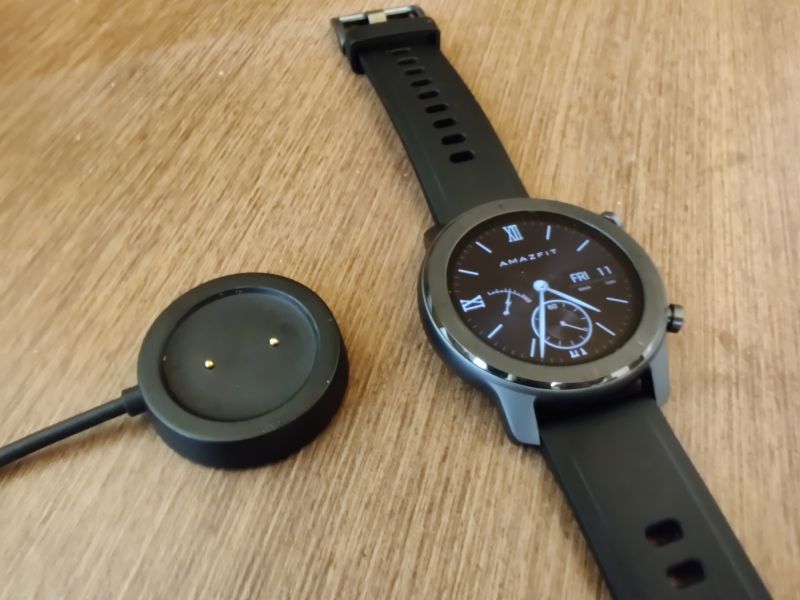 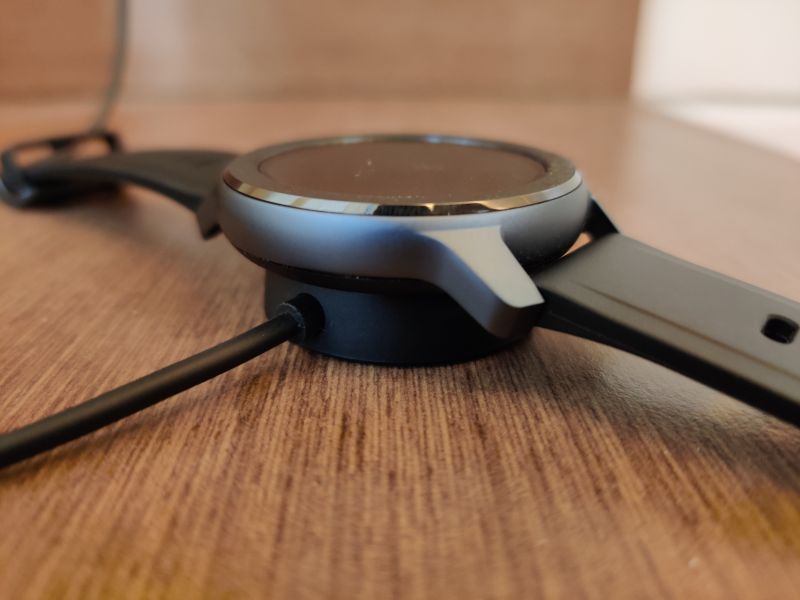 Note that the more features you put into use, the faster your battery will drain. The watch will notify you of the same when enabling such features like always-on display.

The Huami Amazfit GTR 42mm is a good watch with smart features, but isn’t a great “smartwatch”, despite being branded as one. The watch does offer more than the usual fitness tracker but lacks signature features that you expect from smartwatches. Even though the price of the Amazfit GTR 42mm is just Rs 9,999, it ends up feeling a little bit overpriced for the features it offers.

That being said if you don’t need a proper smartwatch, and want a good looking, light, watch that offers basic functionality along with fitness tracking abilities, notification support, and good battery life as far as watch-shaped wearables go, the Amazfit GTR 42mm is a good option at Rs 9999.