Is the Mi Band 4 launching too late in India?

The Mi Band 4 with its colour screen and six-axis sensor is a terrific product, but has been bettered by other options in the market. 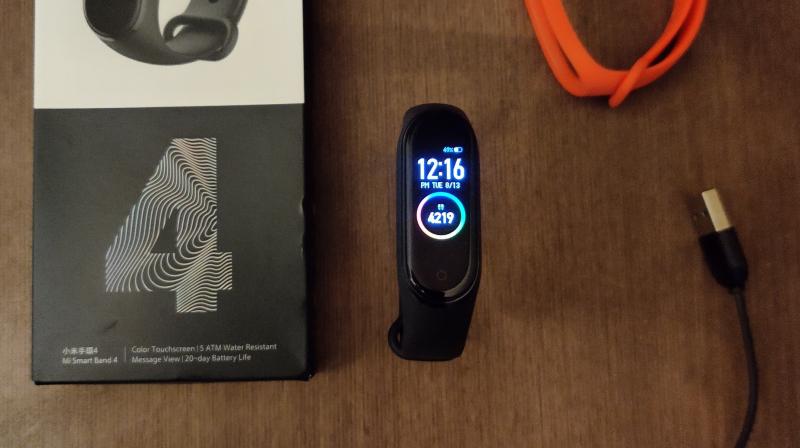 The USP of the Mi Band 4 was its colour AMOLED screen that offered endless customisation, and it's six-axis sensor setup that offered pretty much twice the accuracy in all its tracking abilities.

The Mi Band 4 is set to be launched at a Xiaomi event on September 17. The fitness tracker was easily the best one Rs 3,000 could buy back when it launched months ago in China, but it has started to the age now and brands have been coming out with newer features that the Mi Band 4 misses out on. This prompts us to wonder if launching the Mi Band 4 in India now makes sense.

The USP of the Mi Band 4 was its colour AMOLED screen that offered endless customisation, and it's six-axis sensor setup that offered pretty much twice the accuracy in all its tracking abilities. But now colour screens have become a common phenomenon with the latest Honor Band offering it.

Even budget fitness-tracking smartwatches have become cheaper. Watches, which are usually more expensive, are now available for under Rs 5,000 with bigger colour screens and all the tracking abilities of the Mi Band along with missing features like SPO2 (blood-oxygen-level) tracking. A few examples are watches available from Huami, ZeBlaze and AQFit. They may not pack the customisability of the Mi Band 4, but offer more on functionality.

Xiaomi was all the rage with its range of fitness trackers in the country back when the original Mi band launched. The product offered an affordable yet quality fitness tracker in the segment for people who either couldn’t afford the much more expensive Fitbits or didn’t want to. Not just that, the Mi Bands also came from a brand people had heard of and could trust. The Chinese brand outdid itself with the Mi band 2 that came with a screen and better battery life. The brand even made pretty much the perfect fitness tracker in under Rs 2000 with the Mi Band 3.

But perhaps the greatest strength of Xiaomi’s fitness trackers was their timely relevance. Their fitness trackers, just like their phones and other products (they even have beard trimmers now, and a water purifier on the way) came into the market with features that were unheard of at that particular time. That changed with Mi band 4. A great fitness tracker at pretty much the same price as its predecessor, the Mi Band 4 was a total market disruptor—was!