Technology   Gadgets  14 Aug 2019  Reasons why the 16-inch MacBook Pro may be a huge disappointment
Technology, Gadgets

The 2019 MacBook Pro flagship should be announced before the end of this year but is it all that it’s made out to be? 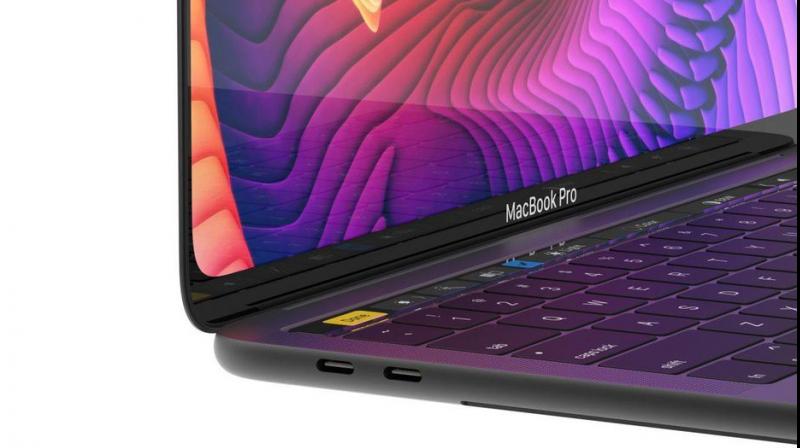 The MacBook Pro will come with slimmer bezels all around and will be able to fit in the substantially large frame of the 15.4-inch laptop. ( MacBook Pro concept render by Viktor Kadar. Credit: Viktor Kadar)

Since early this year, thanks to various supply chain leaks, we know that Apple will be launching a MacBook Pro that’s a lovechild between the discontinued 17-inch MacBook Pro and the soon to be extinct MacBook 15. This upcoming 16-incher is hailed as the spiritual successor of the 17-inch MacBook Pro that the entire tech industry is eagerly anticipating and it finally looks like Tim Cook is going to deliver on it.

However, the question begs — will the addition of a larger display in the same sized chassis of a 15-inch MacBook Pro be enough to quench years of pent up demand? Be warned, this write-up is based on pure speculation since the laptop hasn’t been announced as yet.

Speculation suggests that Apple’s Tim Cook will be launching a MacBook Pro that boasts a 16.5-inch LCD display with a resolution of 1920 x 3072 pixels. The MacBook Pro will come with slimmer bezels all around and will be able to fit in the substantially large frame of the 15.4-inch laptop. If this is the case, then Apple won’t be launching MacBook Pro laptops featuring three different sizes. The belief here is that the top-of-the-line 15.4-inch laptop will be replaced by the 16.5-inch version.

The choice of processor also makes a difference here as Apple should go with Intel’s latest chipset as opposed to the Coffee Lake-H processor.

The Mac Pro allows you to upgrade its Flash storage. Would Apple add this feature in the 16-inch MacBook Pro? The question comes to mind — is Apple brave enough to let users customize the innards to their heart’s content such as replacing Flash storage, RAM or even the batter? We think not.

For quite a while now, rumours are swirling which claim that Apple will ditch its Butterfly style keyboard for the Scissor-switch variety. And commenting on this, Forbes states, “It should be a no-brainer to ensure that the new flagship MacBook Pro is going to ship with the new keyboard, but if the physical design is not going to change perhaps Tim Cook will have no choice but to launch the largest MacBook of his era with the weakest keyboard of this era?”

In the past, when Apple had its MacBook events in the past it would usually take centre stage. Now with iPhones and iPads being the company’s prime focus, the Mac lineup has taken somewhat of a backseat.

While these points demonstrate Apple’s commitment or lack of to the cause, it’s worth noting that the 16-inch MacBook is still going to cost a pretty penny. Will it sell or won’t it is up to Apple and how they market the product. If they back the MacBook enough, then they should push up the launch date to take place alongside the launch of the iPhone 11. This will get enough of eyeballs on it and get some early momentum for Apple’s year-end revenue as well.