The Acer Swift 5 is equipped with an eighth generation Intel Core processors with up to 8GB of RAM. 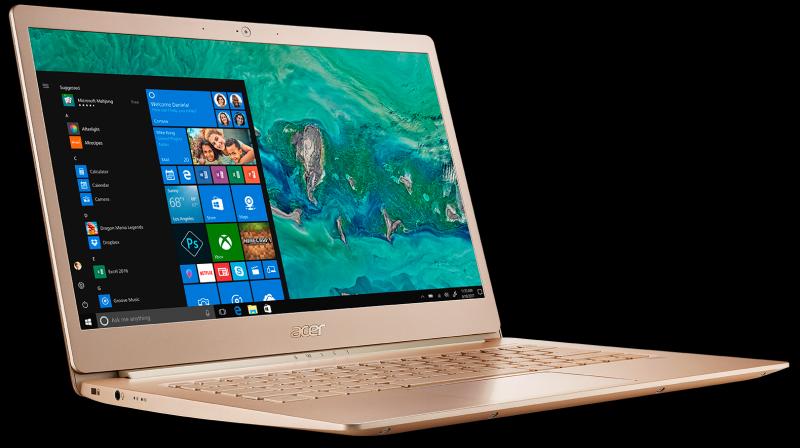 The Swift 5 is supposed to be a compact ultrabook, which is why it comes with a 14-inch display surrounded by narrow bezels, packed in a 13-inch form factor.

The demand for lighter laptops are increasing with each passing day and Acer has something to bank on that trend. The Swift 5 is one of their latest ultrabooks to come to the Indian market for Rs 79,999 and packs in some of the latest internals currently possible in the world of computers.

To begin with, the Swift 5 is built around the latest eight generation Intel Core processors accompanied with 8GB of RAM. The storage stands at 512GB on an SSD. The Swift 5 is claimed to offer an 8-hour battery back-up on a single charge. For connectivity, it features a fast wireless 2x2 802.11ac Wi-Fi for connecting to the Internet, while Dual USB 3.1 Type-C ports are present for quick data transfer.

The Swift 5 is supposed to be a compact ultrabook, which is why it comes with a 14-inch display surrounded by narrow bezels, packed in a 13-inch form factor. The display renders images in full HD resolution. Acer’s TrueHarmony with Dolby Audio Premium technology is claimed to deal with the audio department, promising clear audio. The Swift 5 also includes a fingerprint reader for utilising the Windows Hello biometric authentication. The whole aluminium-magnesium chassis weighs 970g, making it one of the lightest laptops in the market.