This wireless PowerBank is made from premium materials and if you have one of the newer flagship smartphones, this is a no-brainer for you. 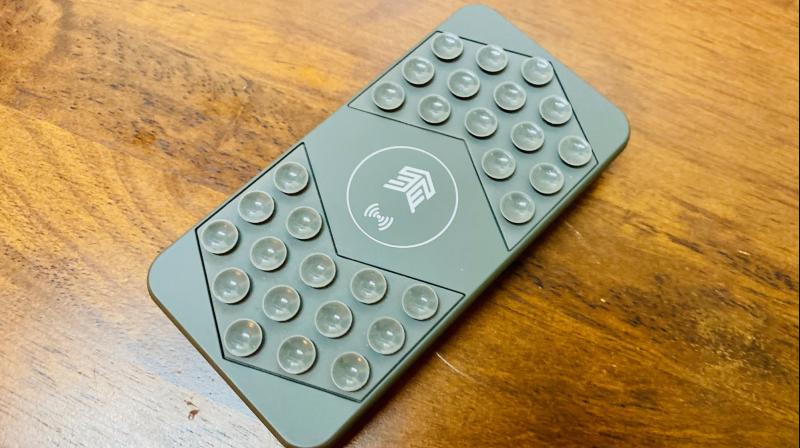 With an increasing number of smartphones coming with premium features like wireless charging, the third-party accessory market is finding new and improved options to make your life a little bit easier. STM Goods or Smarter Than Most is an Australian tech accessory brand that specialises in carrying bags and cases for high-end tech products like MacBooks and iPads. The company has received wide acclaim for these products which have in turn encouraged them to step into a new realm of accessories to help you with your daily struggle — a Wireless PowerBank.

The STM Wireless PowerBank, like other products from the brand, comes with a premium price tag of Rs 4,799 and offers a multitude of features that are seldom found in rival options. As the name suggests, the primary characteristic of this Powerbank is its wireless charging capability which means that it can work with any smartphone or accessory that supports the universal Qi wireless functionality. Apart from this, it has a battery backup of 10000mAh and a unique feature of having suction cups to ensure that your phone doesn’t slip off the charging pad.

Today, we take a look at the premium STM Wireless PowerBank to give you an idea if this should be the one for you or not. 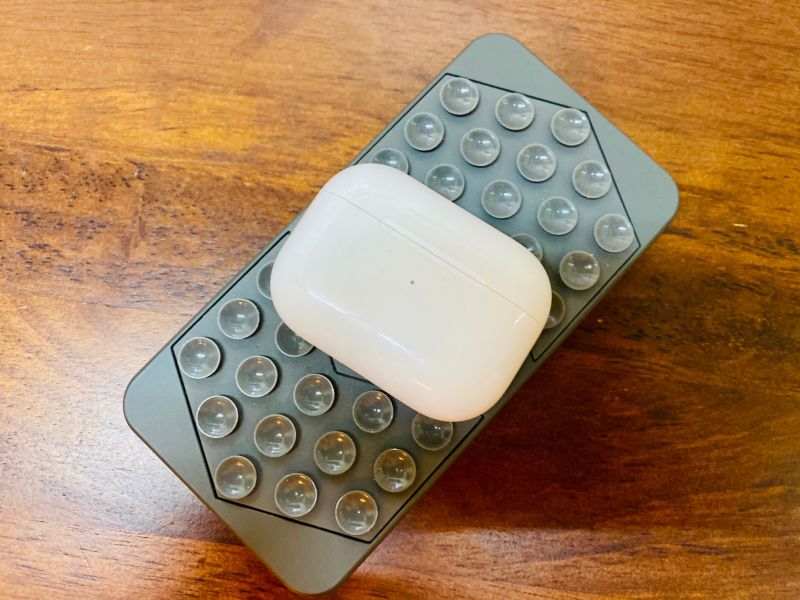 Design-wise, the STM Wireless PowerBank features the regular brick-like form factor which is common with most power banks available in the market. However, as soon as it is unboxed, its premium design, feel and build runs through every inch of this option. Even, the unboxing is a delight in itself and we can see that STM spared no expense to ensure that you get the best possible experience with this product.

The STM Wireless PowerBank is compatible with virtually every Qi-enabled device out there and this ranges from high-end smartphones to accessories such as Apple’s AirPods Pro and Samsung’s Galaxy Buds. Apart from the wireless charging, which is its primary feature, this model also is capable of charging products via its two full-sized USB-A ports. The PowerBank is also fitted with ChargePlus tech which means that it can offer faster-charging speeds via its USB-C port, which will certainly help in topping up your device a bit faster. 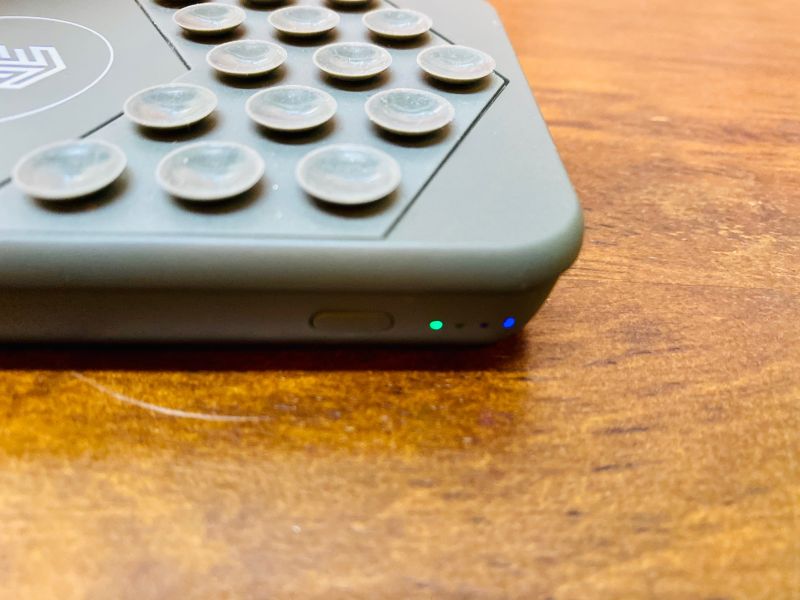 In conjunction with the wireless charging, STM has added tiny suction cups on the top which keeps your device in place to ensure it stays on the charging pad located in the centre. While there are 30 suction cups in total, we would like to strongly recommend that you don’t use it to balance your phone upside down as they’re not that strong which in turn could drop your expensive smartphone. This is only meant to keep your device in place while charging on a flat surface. Another interesting point to note is that this wireless charger even works if you have a case on and it will work as long as your case isn’t too thick. 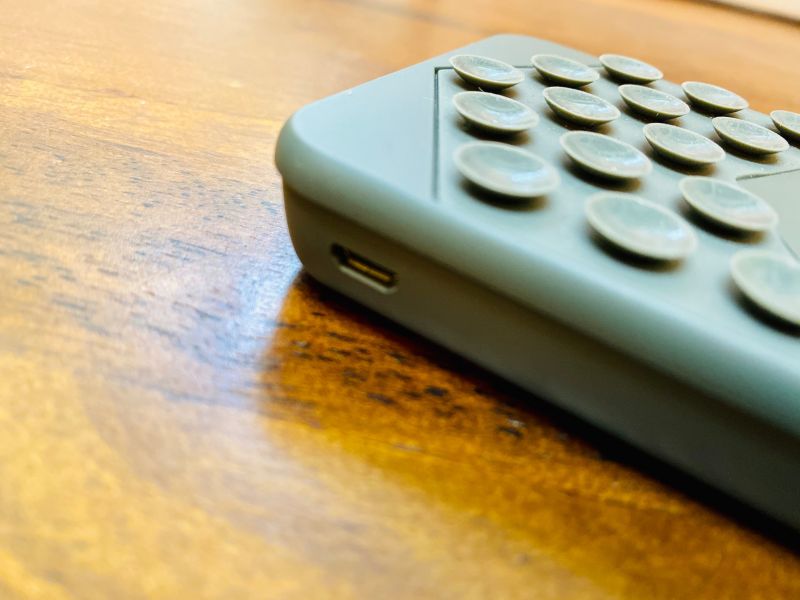 The PowerBank can be charged using a micro-USB port that’s located at the side or via the USB-C port. This is a huge advantage the PowerBank has over the competition. There is a single button on the side of the LED indicators which needs to be pressed if you place a Qi-enabled device atop it. However, if you are charging a device through one of the USB ports, then no action is required and it will start charging the device immediately. Speaking of the LED indicators, there are four in total — a green status indicator and three denoting how much charge is left in the bank. 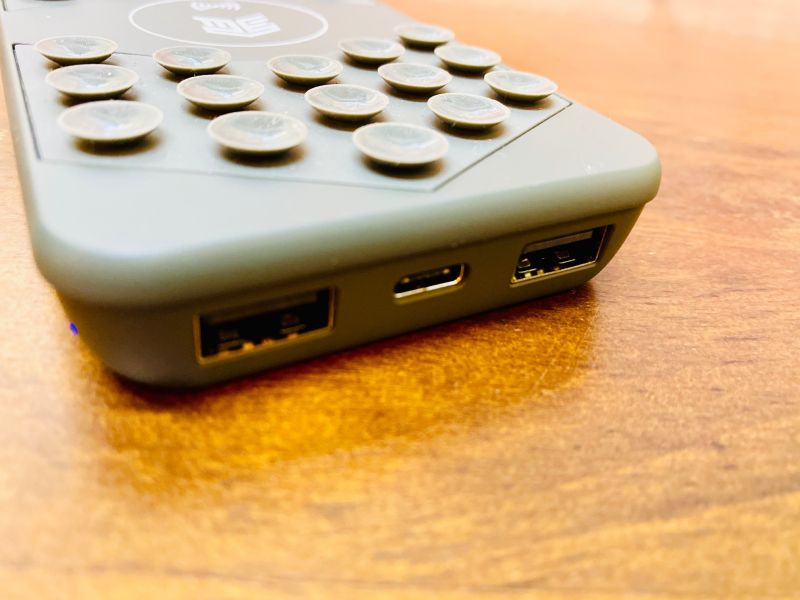 During our testing period, we paired an iPhone XS Max with it and charged it wirelessly. The charging speed was about how much you would expect from a wireless charger which is roughly around four hours. If you’re at the office or at home then using the wireless charging feature can be of extreme convenience and the lengthy charge period won’t be of a bother. However, if you are in a rush and want to top up your battery as quickly as possible, then we recommend using the USB ports as it will speed up the process quite a bit. 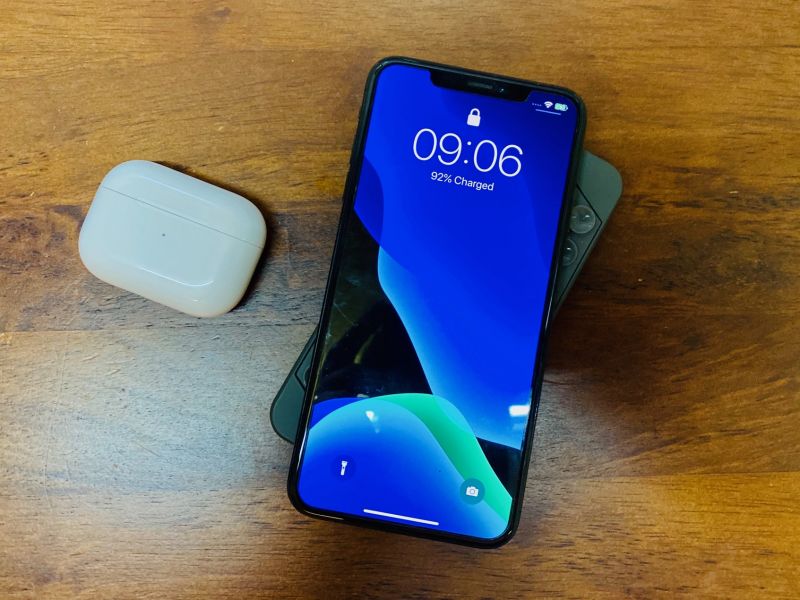 To sum it up, at Rs 4,799, the STM Goods Wireless PowerBank isn’t the cheapest in the market and there are options from Xech Satellite Pro which have the same suction cup feature at a price of Rs 2,149 or the Samsung wireless power bank which sells for Rs 3,699. However, if you want a premium device that’s loaded with the best of tech, then the STM Wireless PowerBank should be the best option for you.