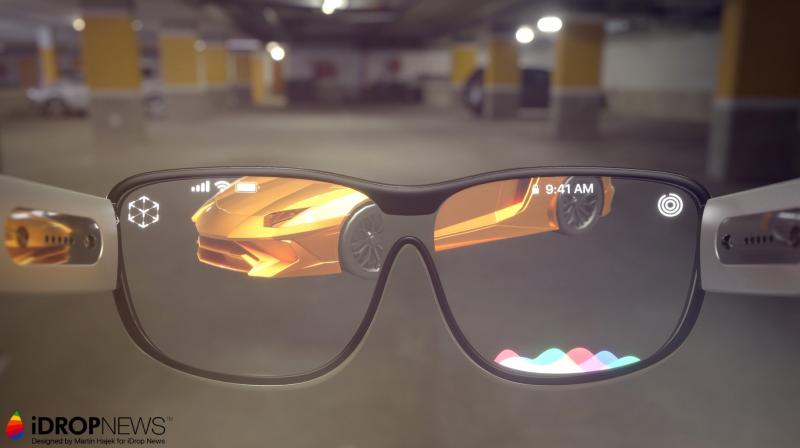 “If Apple released a pair of augmented reality glasses, they would likely work with the iPhone.(Photo: iDrop News)

From a few months rumours surrounding Apple’s augmented reality (AR) glasses had been doing the rounds. However, it appears that the project has been driven into some unknown and unforeseen issues with a report suggesting that Apple “terminated” the building of these glasses. Apple is believed to have “temporarily stopped” building this new technology and as of now, it is unknown if Apple will double down on interest in the near future. What’s worth mentioning is that several reports claim Apple is on course to develop its AR glasses which could mean that this DigiTimes report has no basis.

Since a few months, various media outlets suggest Apple is seeking to develop its own AR glasses and this information has been divulged by noted Apple analyst Ming-Chi Kuo as well as Bloomberg’s Mark Gurman. The DigiTimes report claims that the team assigned to develop these AR glasses has been disbanded and its members have been relocated to different teams.

As per the report, the reason for this project being put on hold was because Apple designer Avi Bar-Zeev quit his job of leading the AR glasses team in January. Bar-Zeev has been known for co-creating the Microsoft HoloLens glasses.

As per a related report by Digital Trends. “If Apple released a pair of augmented reality glasses, they would likely work with the iPhone, similar to the Apple Watch when it first launched. Some reports noted that the glasses would be a stand-alone device, however, more recent reports noted that they will rely on the iPhone to handle most of their computing.”

If Apple does indeed release its AR glasses, they are by no means the first to do so. Microsoft has the HoloLens and Magic Leap with the Magic Leap One Smart Glasses in the past have already explored AR glasses in a bulky form factor. Apple’s glasses should be smaller in size in comparison and similar to standard eye-wear with a little larger frame that will house the internals of the device.

Earlier this year, in March, Kuo stated AR glasses had been nearing its production stage and would be introduced by 2020.