The Lenovo Miix 630 runs on a Snapdragon 835 chipset with Windows 10 S on board. 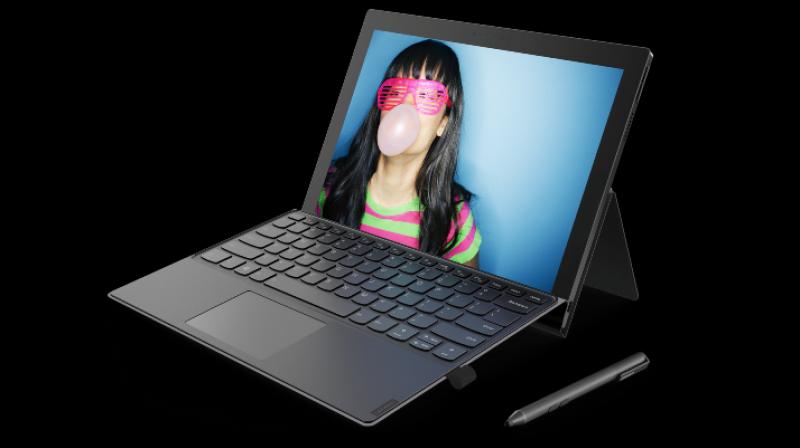 The Miix 630 is essentially a 12.3-inch Windows tablet that utilises a Snapdragon 835 chipset along with 4GB of RAM and 128GB of onboard storage.

Not very long ago, Microsoft had announced a new range of ultra-portable PCs running on Qualcomm’s mobile chipsets, which was touted to be ‘Always Connected and Always-On’ PCs. At CES 2018, Lenovo came up with their first Always-On PC by the name of Miix 630 2-in-1. The laptop will be priced at $799.

The Miix 630 is essentially a 12.3-inch Windows tablet that utilises a Snapdragon 835 chipset along with 4GB of RAM and 128GB of onboard storage. Lenovo provides a detachable keyboard and a touch pen in the package, thereby making a rival to the similarly priced Apple iPad Pro. However, The MiiX 630 runs on Windows 10 S, which is a restricted version of Windows 10 that allows only Microsoft apps tp run. However, users will be given the option to upgrade to Windows 10 Pro for no additional cost.

The MiiX 630 will support 4G LTE connectivity like a smartphone and is claimed to provide a battery life of up to 20 hours on single charge. It remains to be seen whether these ‘Always-On’ PCs will be able to deliver on their claims or be just another expensive Windows tablet trying to compete with Apple’s iPad Pro.