The OjO has a 500W motor that allows it to reach a speed of 36 kmph and its battery has enough charge to make approximately 40 km. 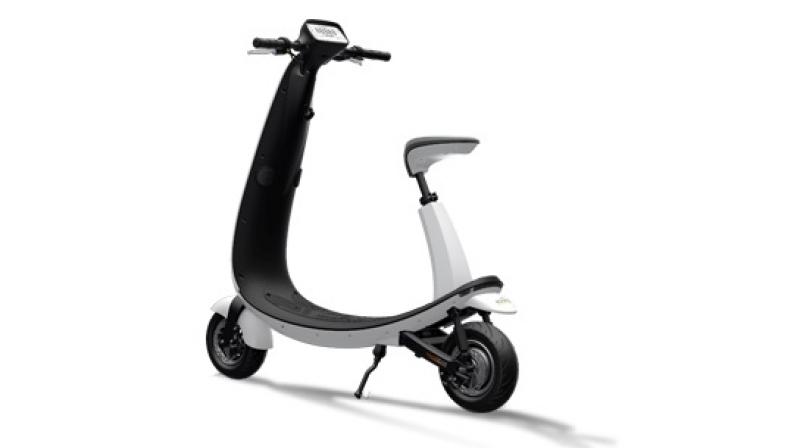 This futuristic OjO Commuter Scooter is priced around $2000.

There are only a few car manufacturers that extend their businesses into the field of bikes. At CES 2018, Ford has announced their agreement that has come with California company OjO Electric to sell under license – the Ford OjO Commuter Scooter, an electric vehicle bike/scooter urban.

Ford OjO Electric Scooter which got displayed at CES this year, has a 500W motor and can hit a top speed of 32Kmph and has a range of 40Km. This range can be doubled by an add-on battery pack. A suspension system is present on both the wheels with a rigid aluminium unibody structure, which will keep the ride smooth and stable. There’s a touchscreen in the dashboard, Bluetooth (for playing music through two embedded speakers), and a built-in power cord that plugs right into a standard wall outlet. Charging the bike from empty to full takes about five hours. This bike weighs around 30kg and supports a maximum load of almost 140kg. The bike is also equipped with a USB port for mobile charging.

“When you have a brand that people know, you get reach. It’s instant wow,” said Seiden, President of OjO Electric. “When they see Ford? It’s like wow. I’ve got to check this thing out. Ojo Electric? Not too many people knew the brand.”

“We are developing a foldable that’s going to set the world on its butts when they see what we’re coming out with,” he says. “It’s so beyond everything else.”

This futuristic OjO Commuter Scooter is priced around $2000. This scooter can be driven without any license as well.