The HIFIMAN TWS 600 is a great pair of true wireless earphones that offer crisp, clear audio along with exceptional battery life. 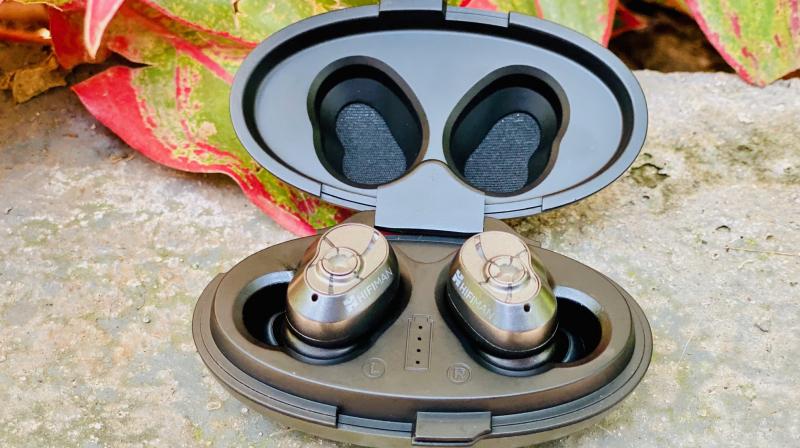 The true wireless earphone market is a strange one. With a trend that gained momentum by Apple and its AirPods; various brands that dabble in audio products are introducing their own version of true wireless earphones. While Apple’s target audience is obvious, other brands seem rather confused concerning who their products are designed for. This has led to a dearth of options in a space where Apple still reigns supreme. However, this is all about to change as one of the world’s best known audiophile-grade brands have just stepped into the ring with their own option and they are not just aiming to topple the mighty Apple; but also revolutionize the market as we know it.

It is common knowledge that the Apple AirPods aren’t audiophile-grade buds, and if you are looking for earphones that check this box, then you were hard out of luck — that is, until now.

HIFIMAN has entered the scene with a bang and as a company that’s well known for launching some of the best premium headphones and in-ear monitors in the world; they know a thing or two about sound and what it takes to launch a truly revolutionary product. With this in mind, HIFIMAN has recently launched the TWS600, a pair of true wireless earphones that stands far ahead of the pack as it offers some outstanding audio quality along with Bluetooth reception that’s second to none. And, this is just the start. Read on to know why the HIFIMAN TWS600 has the potential to finally kill off the Apple AirPods. 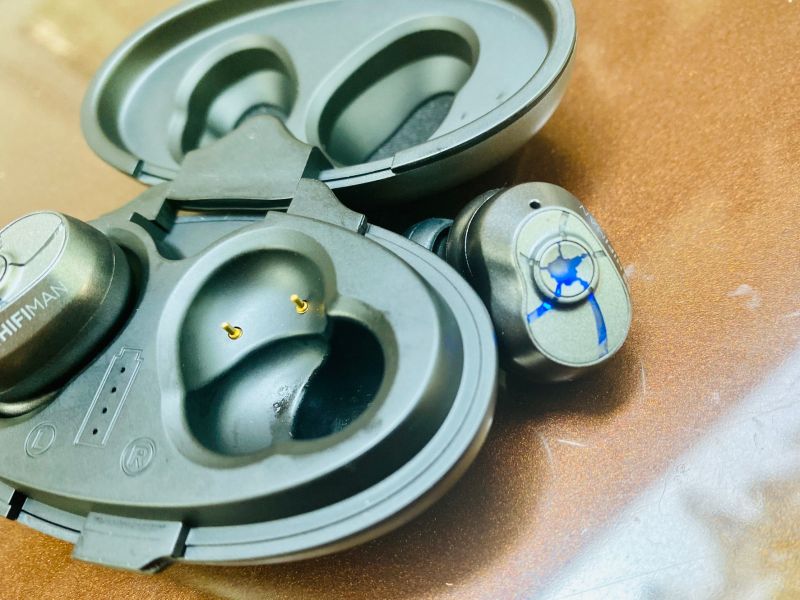 We usually never get to the audio performance of a product this early in a review; however, the HIFIMAN TWS600 absolutely warrants it. When HIFIMAN built this product, they appear to have looked long and hard at the current true wireless market and have taken a different approach. HIFIMAN has a storeyed line-up of products with audiophile-grade audio and they have worked to get that signature sound to the TWS600.

The TWS600 from HIFIMAN come with drivers that feature a nano-particle coating that helps in providing some crazy amount of detail and accurate sonic performance. And the technology doesn’t end there. HIFIMAN has also incorporated what users loved most about their open planar magnetic headphones and shrunk it down to earbud size with the end result being a technological setup that has to be truly appreciated. For what it’s worth, this isn’t the brand’s first use of this tech, they have also done it with their in-ear monitors, the RE600S, which are regarded as one of the best-wired earphones on the planet. This hi-tech magnet allows for maximum sensitivity that’s absolutely necessary for achieving the best audio response from devices such as smartphones and tablets. Also, the TWS600 uses an Advanced Alloy Voice Coil which helps maximise vocal clarity and full-range sonic reproduction.

These earbuds also come equipped with Bluetooth 5.0 and have support for a variety of codecs such as AAC, SBC and the like. However, it misses out on other popular codec support such as aptX, which is pretty popular on smartphones.

Interestingly, the earbuds have some of the best range that there is. The brand rates it at a whopping 150 metres! Yes! That’s about 490 feet! This is one of the most astonishing and mind-blowing features to have ever been used in a true wireless earphone. However, it has to be said that this is the advertised range and with no interference in the way. During our testing, we observed that with walls in the middle, the range was still impressive but we did not manage to get the advertised 150 metres. This isn’t a slight against the product and we are sure that if tested in an expansive environment, it can get the job done. However, in a city like Mumbai, testing this range wasn’t really possible. 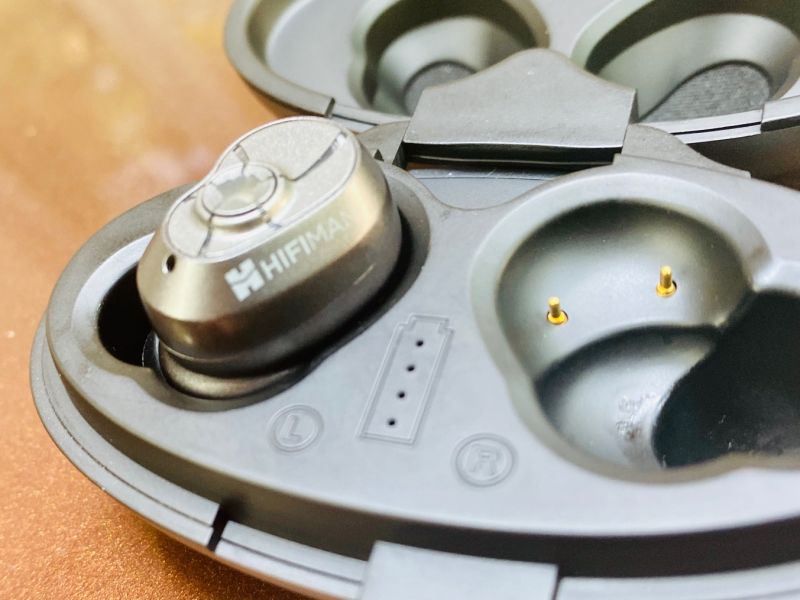 However, one feature that was advertised and we tested turned which turned out to be true is the insane battery life. The earbuds hold 5.5 hours of continuous playback and a massive 33 hours in the charging case. In total, you get a very impressive 38.5 hours of playback which is a lot more than most other options out there.

When it comes to audio quality, very few true wireless earphones can match the HIFIMAN TWS 600. On these earbuds, you get an A-shaped sound with a lot of emphasis on the upper-midrange with the highs and lows a bit recessed. With this sound signature, even though the bass has sufficient impact, it feels a bit underwhelming if you are into this type of sound. However, we found the sound to be extremely satisfying especially since HIFIMAN appears to have custom-tuned this product to be the most audiophile-grade true wireless earphones to have ever been launched.

Elaborating on the audio performance, the TWS600 has an incredible soundstage with detail in the midrange that’s never before seen on a true wireless product. The micro-detail of the mids is something that has never been heard on a true wireless product and when vocals kick in, it has a clarity that is offered as the artist intended. There is reservation in the sub-bass with a level of punctuation in the beats that are delivered with a sense of depth, but most of what is heard is in the higher registers. Overall, there is a flat response in the sound that will gather appreciation from those who are seeking accuracy in the listening experience.

When it comes to calling quality, these may not be the ones for you. Even though you may hear the person on the end perfectly, the recipient of the calls just can’t hear you at all. This becomes especially problematic when taking calls outdoors as complaints such as being too distant to hear gets all too common. 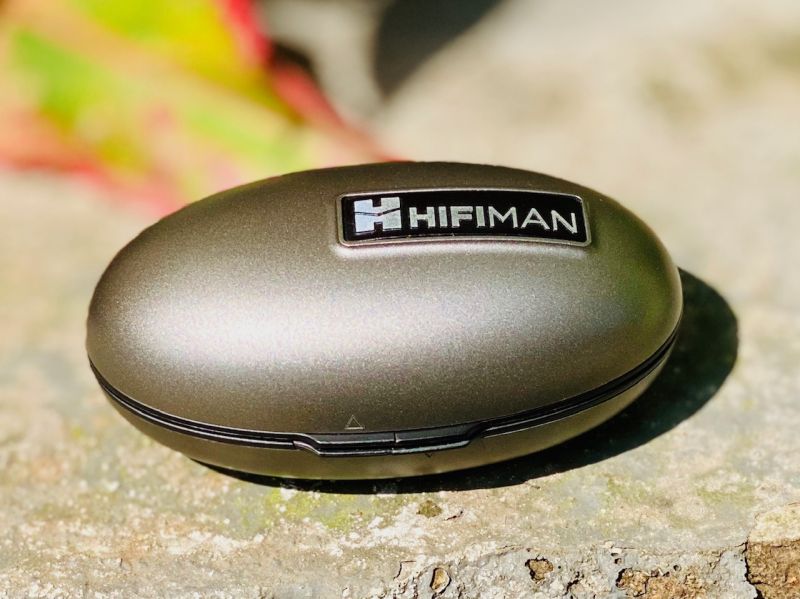 When it comes to the design of the HIFIMAN TWS600, the company has taken a rather unique approach as it comes with a surface styling that hasn’t been seen before. At first glance, these look like something that the gaming community would absolutely love; however, with time, you get used to this and learn to get used to it, if not appreciate it.

They are on the bulky side and is finished in grey overtones and there are cut-outs that cover the LED indicators. The faceplate of each bud has a single button from where the light shines through. Like gaming laptops, the lighting on these bud’s act as status indicators and double up as aesthetics. One thing is for sure is that you will definitely turn heads when you use them, whether you want to or not.

The design choice is a bit strange here since most true wireless earphone manufacturers are going for a more minimalistic, streamlined design. The TWS600 are on the bulbous side so if you need to lie down and listen to music on your side, it will cause some discomfort.

The button that’s located on these buds act as a multifunctional key. So, whenever you try to change the song, increase/decrease volume, access your voice assistant, you will need to press a bit hard for it to register your command. This isn’t the most ideal from a design perspective as it tends to cause you quite a bit of discomfort. This isn’t to say that it is a design flaw; but rather, a feature that would make more sense if the buttons were touch-sensitive.

The earphones are given an Ingress Certification of IPX4, which means that it can withstand a fair amount of sweat or be used during a light shower without coming up worse for wear. These earphones are intended at the workout, audiophile community hence it is paced with this additional feature. 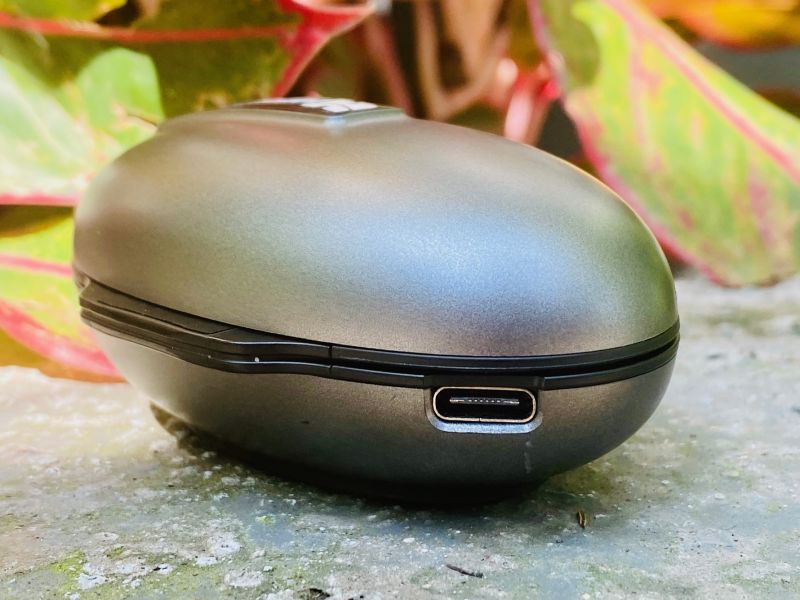 The TWS600 comes with plenty of additional ear tips in the box and using the one with the best fit aids in achieving the most passive noise isolation. One thing for sure is that with the right ear tip in place, you get an unparalleled snug fit. These are by far the most secure fitting earbuds we have used and not even once did we feel that they would pop out even when we were doing the most rigorous physical activities. Comfort level with these earphones is second to none even though they are on the larger side.

The charging case is egg-shaped and its body is made of the same hard plastic that’s found on the earbuds. The inside of the case is black and it features a battery indicator in the centre. The case has a magnetic closing mechanism and opening it with one hand is quite difficult. To open the case, you need to put your nails between two flaps which makes it rather necessary to open it with both hands. Thankfully, there is a USB-C charging port on the rear of the case which ensures that the brand has future-proofed it.

Overall, the build quality of the case and earbuds are quite premium even though they’re made of plastic. 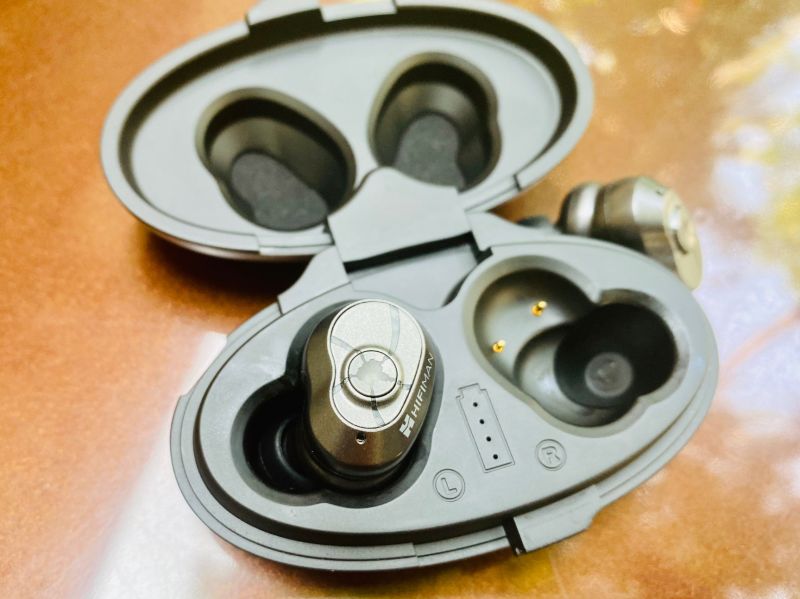 Priced at Rs 12,999, the HIFIMAN TWS600 makes for a great option to finally choose something else other than the Apple AirPods. Seldom do you find a true wireless earphone that has been custom-tuned keeping audiophiles in mind and with this model we finally get a pair of earbuds that check all the right boxes when it comes to sound, fit, reception, battery and more. For a price that’s about Rs 2,000 less than the AirPods, you get some in-ear monitors that absolutely trounce Apple at its own game and still have enough left in the tank to go 10 rounds more.