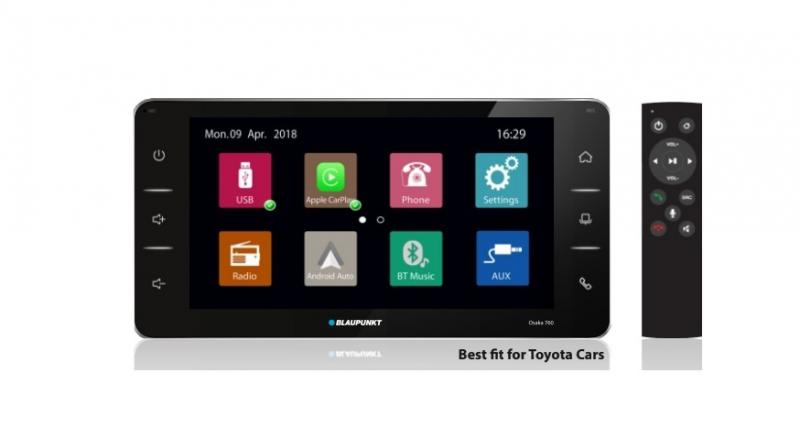 Blaupunkt has announced the launch of their first Apple Car Play and Android Auto-enabled infotainment systems, Osaka 760 and Monte Carlo 750.

Depending on which platform the user chooses, they’re able to talk to their phones via Google Assistant or Siri and also display Google Maps (in the case of Android Auto) on the screen of the radio. The Osaka 760 is a Toyota specific model priced at Rs 34,990 while Monte Carlo 750 is a Universal 2DIN model priced at Rs 29,990.

The Bluetooth connectivity provides features such as hands-free calling, phone book sync and audio streaming. Both the systems consist of a built-in microphone plus additional external microphone. For safety, a rearview camera can also be connected with the radios.