Available on Amazon at Rs 1,599, the latest earbuds from pTron are a good choice for the price. 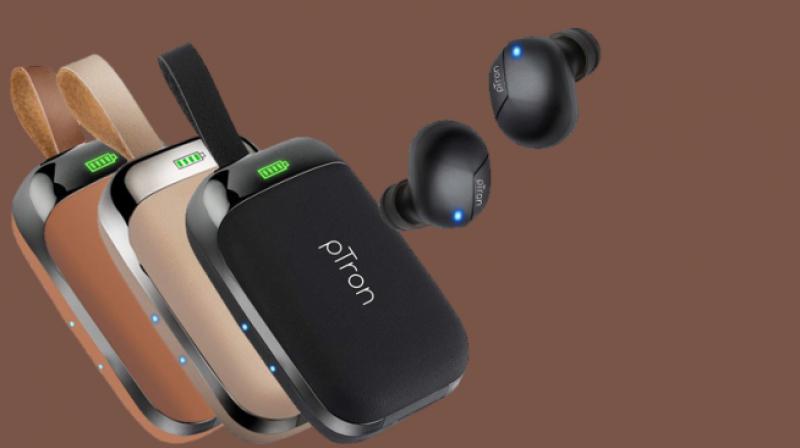 The Bassbuds Urban, the newest in a line of earbuds and other in-ear wireless audio devices from pTron, are comfortable for the ears both in terms of sound quality as well as fit.

The earbuds space is a highly competitive one with various brands available in a range of prices, so you don’t necessarily have to spend a bomb on the top brands, Samsung and Apple. If you’re looking for a no-fuss pair at the lowest price range of sub-Rs1600, the pTron Bassbuds Urban true wireless stereo earbuds are a good choice.

The pTron Bassbuds Urban give you stereo sound and pack a bass punch as the name suggests. They’re easy to pair with your phone and the playback controls are simple touch commands. They offer up to five hours of playback on a single charge, and short periods of charging will give them enough juice to go on.

Coming to the most important part of an audio device, let’s talk about the quality of musical output. The stereo sound is quite satisfactory with the feel of it moving from ear to ear as the sound engineers intended. The bass is just right, without being overbearing. Overall, you may not get the spectacular immersive musical experience that your high-end buds would deliver but hey there’s really no cause for complaint at the price of Rs 1,599.

The second most significant factor is the IP4 rating that is promised. So no worries about sweat damaging the earbuds while you work out.

As for the rest, the build quality seems sturdy enough, they pair without any problem to your mobile phone and they are easy to operate.

The touch sensitivity could perhaps go a notch higher but in my two weeks of use it didn’t give me any frustrating moments. Here’s how they work: regular single taps on the left earbud to turn down volume, and on the right to turn it up. Double taps on either earbud to pause, three taps on the left one to listen to the previous song and on the right for the next song. Long press for Google Assistant. Very long press to switch off or switch off. Don’t worry you’ll know when to take your finger off, as you will hear voice prompts when the individual earbuds are switched on, start pairing, get connected or disconnected.

At first it may feel like there are a lot of touch commands to keep track of but you get used to it real fast and you realise how convenient it is to control everything from the buds without having to reach for your phone, as anyone who has used earbuds will testify to.

Also, little things make a difference. The double layer silicon in-ear portion of the pTron Bassbuds Urban earbuds is one such thing. It ensures that the earbuds stay put like earplugs do. The earbuds sit comfortably in your ear without having to constantly adjust them or fear of them falling out.

Another little thing that scores for the pTron Bassbuds Urban is that the battery indicator is on the outside of the case that holds and charges the earbuds. This way, you can see how much longer you need to keep the case on charge to get to the full four bars of charge on the battery-icon shaped indicator light, without opening the case.

Talking about charging, you can plug the case in separately without the earbuds and wirelessly charge the earbuds themselves later at your convenience by placing them in the case. The stored energy in the case charges the earbuds.

While the pTron Bassbuds Urban don’t come with a charger, any cable that fits in a regular micro USB port — the most common phone charger cables — can be used.

One more thoughtful feature, though trivial, is the soft loop on the case. Makes it easy to carry.

While the case is available in three colours, one called Rose Gold but which is in reality a matte beige, a brown, and a black, the pTron Bassbuds Urban earbuds themselves are available only in black.