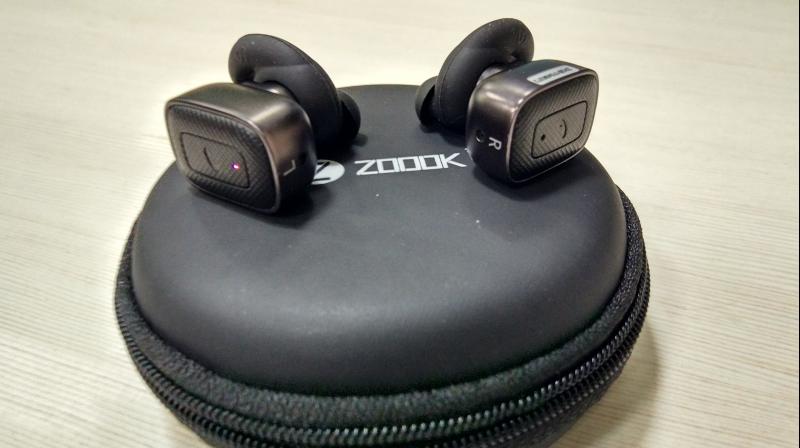 The ZB-Rocker Vibes have a negative point to counter every positive aspect about it.
Rating:

Since Apple unveiled its smart AirPods earlier in 2016, the demand for smaller and smarter wireless earbuds have risen ever since. Several audio accessory manufacturers have tried to take a dig at the AirPods — some with a smaller form factor and others with an eye for affordability. French audio peripheral company Zoook, who entered India a year ago, is also in the game to offer something interesting to smartphone users.

Zoook has two wireless earbuds — the basic one starts as low as Rs 2,500 (ZB-Rocker Vibes). At first glance, you will associate it to be a device from the fraternity of AirPod-like devices as it has been shaped to look like one of the modern generation wireless earbuds. The rounded-rectangular form factor makes them stand out in a crowd of common looking Bluetooth earbuds. 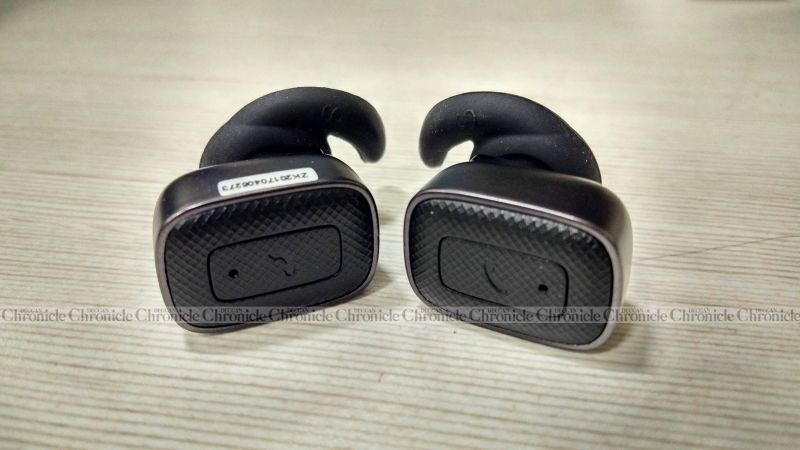 The ZB Rocker Vibes definitely well built — the textured face of the earbuds that hide the large button cleverly are particularly well designed. However, there are some worrying issues with the aesthetics of the ZB Rocker Vibes. These earbuds are a tad bulky-looking — they 'kinda' protrude out of the ears to an extent that draws a lot of attention. 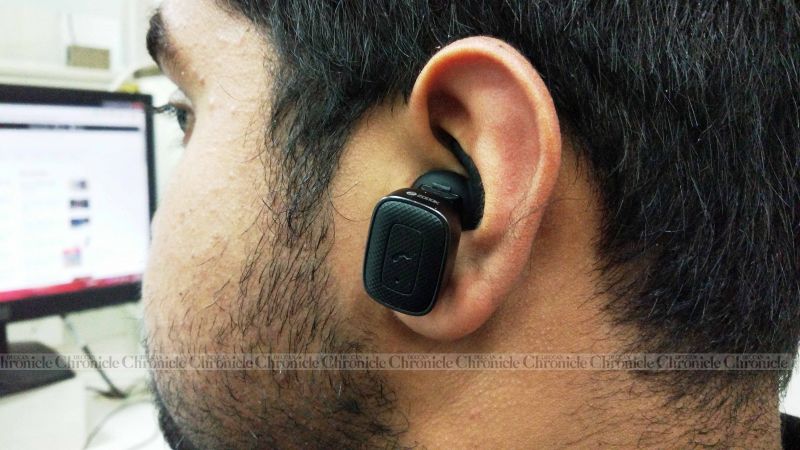 A wireless earbud should gel well with your attire and the ZB Rocker Vibes probably fail to do that. We preferred to avoid using it in crowded places such as railway stations in order to keep people from looking at us with curious faces. Apart from this, the earbuds are not as secure and don't hold up extremely snug in your ear. You could end up losing or dropping one of them when you are travelling in a crowded public transport. 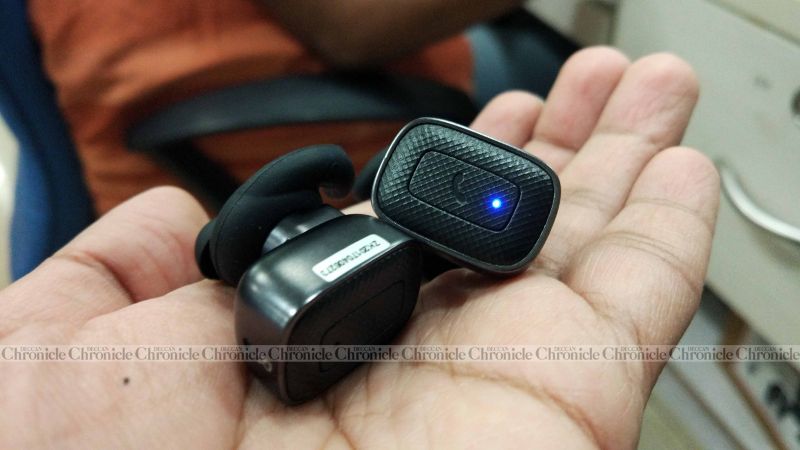 The earbuds look smart, groomed in a beautiful dark coloured and semi-glossy plastic casing. However, what takes away the glory of the two earbuds is the unwanted labels or markings (left and right ear) and the company's warranty stickers, which ruin the entire appeal of the product. Zoook — hope you are hearing us here. 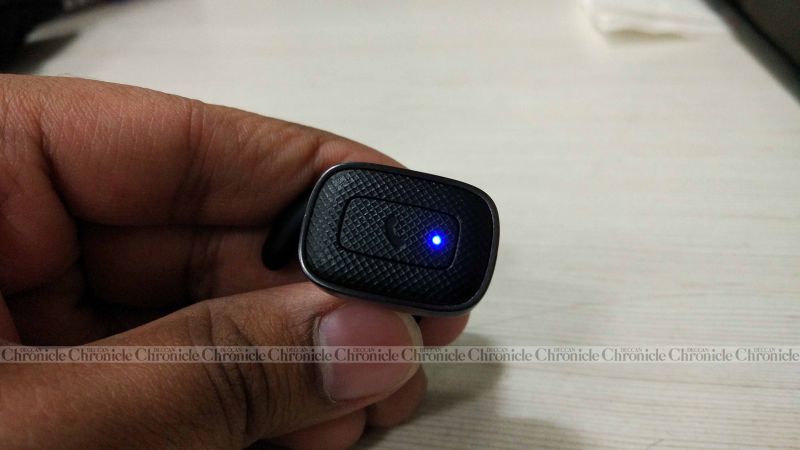 And then there’s the continuously flashing extra bright blue LED light on each of the earbuds. The lights are so bright that they draw unwanted attention towards you and give the feel as though you are wearing some cheaper-quality, unbranded earphones (the usual Chinese stuff). Zoook should have gone for some subtle LEDs to keep the light indications bare minimum. 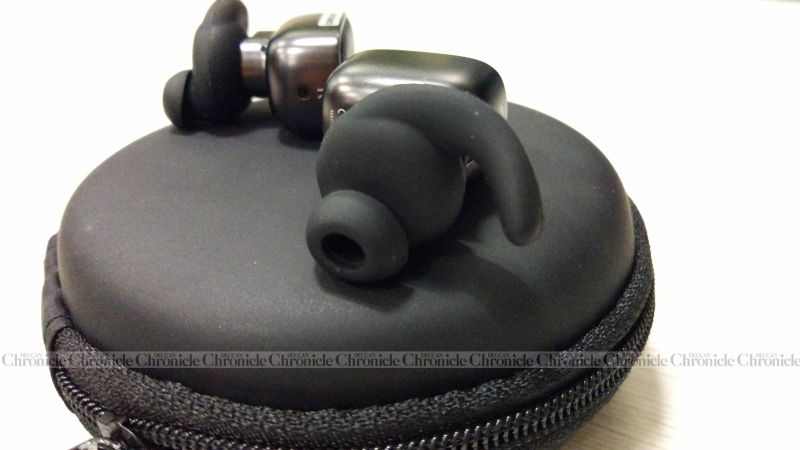 As for the personalised announcements, the ZB-Rocker Vibes have a built-in voice that prompts you to notify you about incoming calls, the connection status of each earbud and also the battery level. Though this is usually common with most recent Bluetooth earphones today, the voice is pretty subtle. 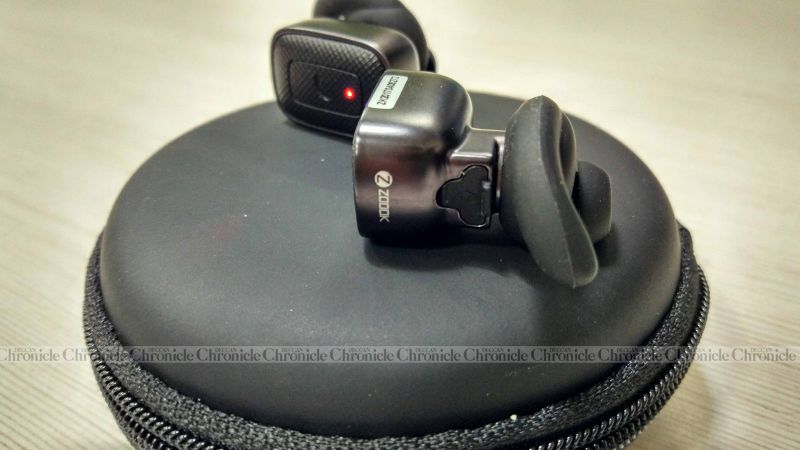 The ZB-Rocker Vibes are primarily meant for delivering your smartphone's audio (or PC) to your ears, wirelessly, and we have to say that for the price Zoook sells these, they are definitely worth it. The sound quality is good, with rich highs and decent mids. The audio is clear, without any noticeable distortion — something that affordable Bluetooth headsets lack. However, it clearly lacks the capability to render proper bass. You can still compensate for that by playing around with your equaliser settings, but we still found them lacking that deep punches and thuds we were looking for.

Zoook has also put almost no controls on the ZB-Rocker Vibes. Just a single button on both the earphones can control the same thing — receive or disconnect a call and play/pause the running music. Zoook should have allowed multiple click options to control your music, similar to how wired headphones operate. This could give the user an additional control option from the earphone rather than reaching out to his smartphone to change the audio track. Touch gesture controls could have been the best option, but the same could affect the price of the device. 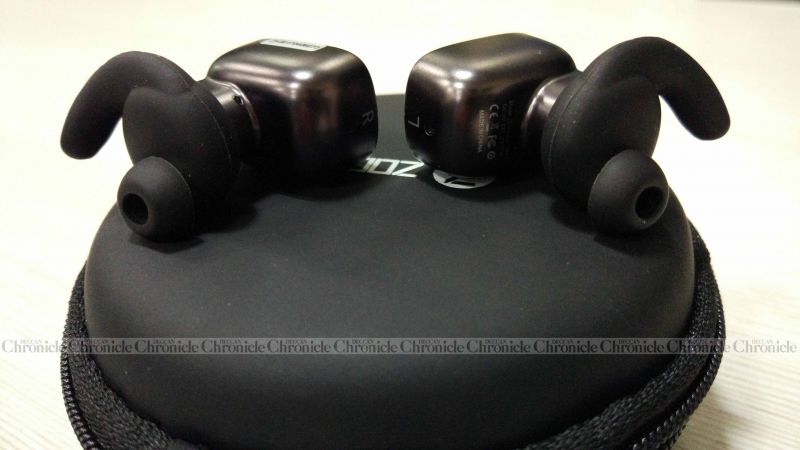 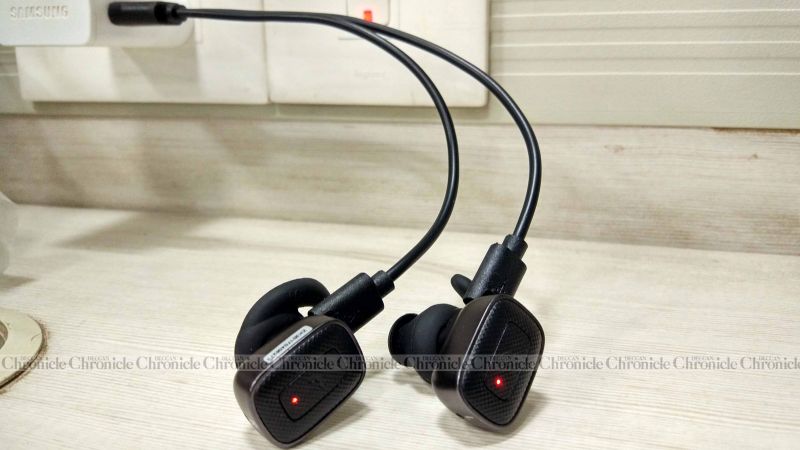 The ZB-Rocker Vibes earbuds have an exceptionally good battery life. Even though the company claims 3.5 hours of calls and 3 hours of music playtime, we managed to extract almost five hours of continuous average usage, which included a mix of calls and music. Charging the earbuds can top up the internal battery within an hour. The company has bundled a dual micro USB (Y-cable) so that you can charge both the earbuds simultaneously. 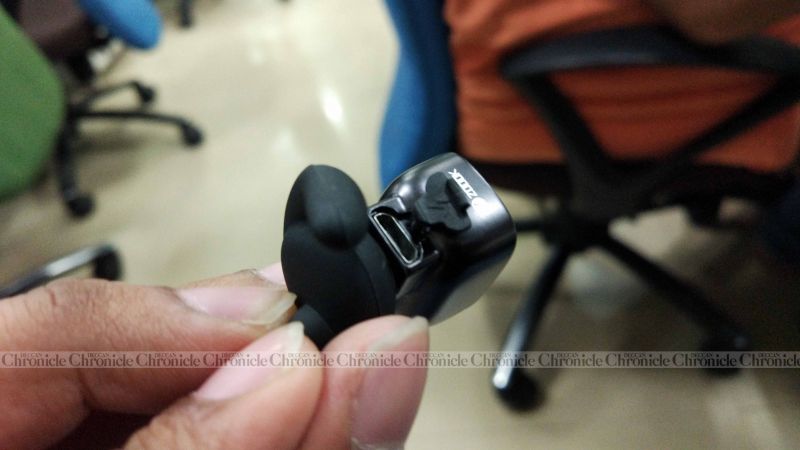 However, there’s a negative point to counter almost every positive area in the product. The charging ports are micro-USB, one on each bud. These are difficult to reach — thanks to the odd position of the port and erratic rubber caps. Zoook should have provided miniature charging ports rather than opting for micro USB ones. But then a micro USB charger is easier to find in case you need one. 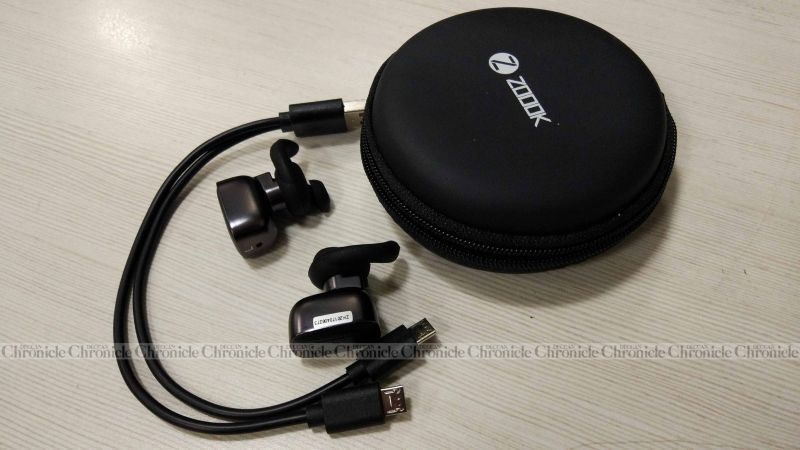 If you are constantly on the move and are looking to buy a stereo Bluetooth headset but on a relatively affordable budget, then the Zoook ZB-Rocker Vibes should suit your needs. However, if you are expecting some noise cancellation and heavy bass output, the ZB-Rocker Vibes could deter you. The overall audio quality is above average, and along with a commendable battery life, the price tag of Rs 2,500 is a great welcome.