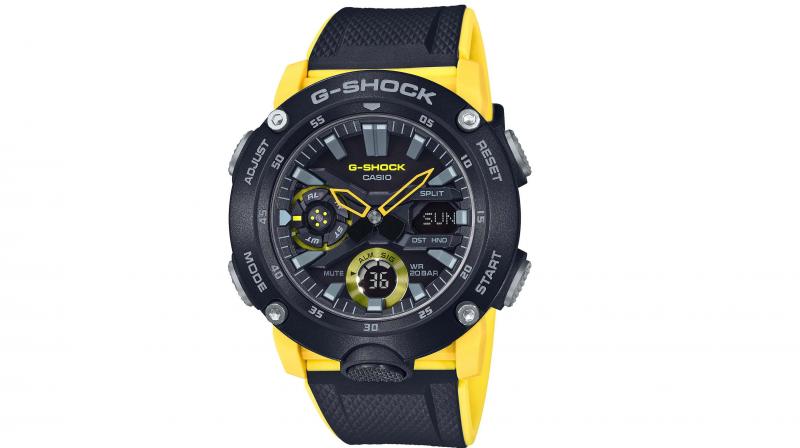 The recent G-Shock GA 2000 series comes encased in tough carbon fibre reinforced resin and is waterproof to a depth of 200 metres.

Many millennials make a heretic comment these days: Who needs a watch? If they do wear something on the wrist, it is a health tracker that incidentally,   shows the time, while syncing with a smartphone.

But there are enough diehard fans of wrist-worn timekeepers, for Casio to keep turning them out in interesting new forms. The G-Shock series, as the name suggests, are made to a beating or two in the hands of rugged outdoor-type users. The recent G-Shock GA 2000 series comes encased in tough carbon fibre reinforced resin and is waterproof to a depth of 200 metres.

Other features to woo the footloose wanderer are a 48-city time display,  stopwatch and countdown timer and accuracy to a hundredth of a second. This is horology at its best  -- an art that the Japanese are steadily wresting from the Swiss. And yes, they still believe in analogue hour and minute hands! Three models of GA 2000 are available and are priced between Rs 8,995 and Rs 10,995 at all Casio outlets. Timekeeping toughies, all.