Technology   Gadgets  09 Jul 2019  Shop for the new TV you’ve been planning for a while now
Technology, Gadgets

Thomson TV have announced heavy price drops on all its smart and non smart TV models including the newly launched official Android series. 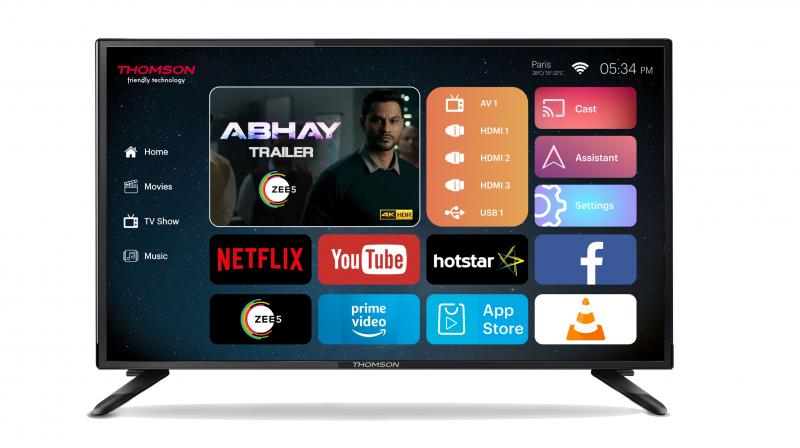 THOMSON always have kept the need of Indian consumer in mind from all sectors of the country.

Thomson announces heavy price drops on all its smart and non-smart TV models including the newly launched official Android series. The two-day-long Thomson TV days sale is on 10th & 11th July where the brand will offer full smart TVs for a price starting from Rs 11,499 and Official Android TVs from Rs 28,999.

Thomson had recently launched India’s only make in India official Android series keeping in mind today’s tech-savvy Indian consumer who aspires to watch 4k content and high-quality videos at a super affordable price. Thomson have kept the need of Indian consumer in mind from all sectors of the country. The brand re - launched in India early last year and since then it has introduced umpteen number of SKUs from smart, non – smart to 4k televisions.

This is Thomson’s biggest price cuts before the Flipkart big billion days sale and the brand wants its consumers to make the most of it.