The Merit G9 is powered by Intel Celeron processor N3350 with clock speeds of up to 2.4GHz. 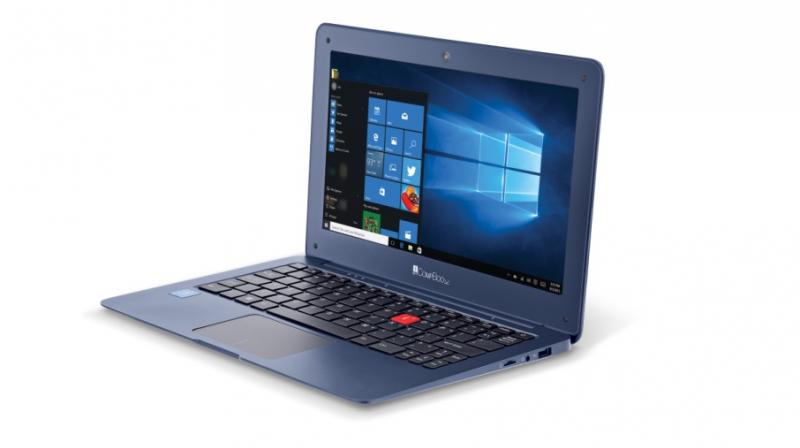 iBall has extended its laptop portfolio with the launch of ‘iBallCompBook Merit G9’. The laptop claims to be portable and features an 11.6-inch HD display that runs on latest Windows 10.

The Merit G9 is powered by an Intel Celeron processor N3350 with clock speeds up to 2.4GHz. Followed by 2GB of RAM, the laptop features 32GB built-in storage and also has a microSD card expansion support of up to 128GB. Alternatively, for more storage, it also connects to external HDD or HDD or SSD internally inside the provisional storage slot.

With the latest Windows 10, iBall CompBook Merit G9 features intelligent power saving feature and also comes with built-in Cortana. The laptop is powered by a 5000mAh battery, which promises to give a battery backup of up to 6 hours. The CompBook also features a multitude of connectivity options such as Wireless connectivity and Bluetooth. It facilitates an HDMI port and two distinct USB ports of 2.0 and 3.0. The iBall CompBook Merit G9 is priced at Rs 13,999.