The new assortments of systems are powered by Windows 10 and are packed with Intel’s latest 8th-Gen Core processors. 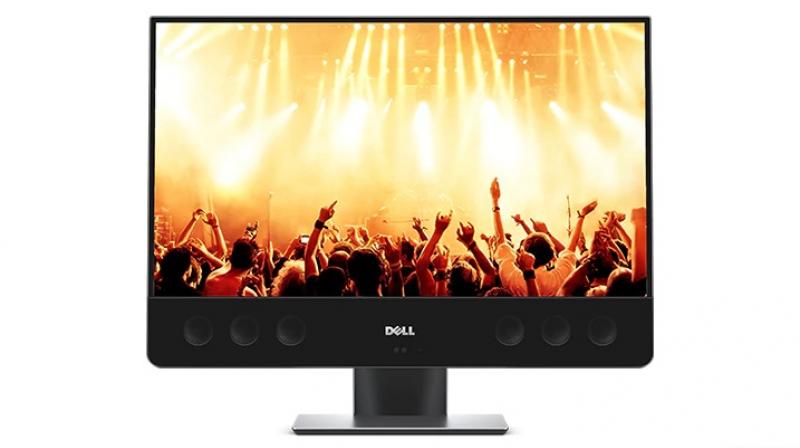 Dell has announced a new family of Inspiron All-in-Ones, an updated XPS 15, an Inspiron 15 7000 2-in-1 Special Edition, six S Series displays, and the availability of and new colour for the XPS 15 2-in-1. The new assortment of systems are powered by Windows 10 and are packed with Intel’s latest 8th-Gen Core processors.

Dell Cinema, a technology announced at CES 2018, was specifically designed for immersive content consumption on a PC. This is now available on the majority of new consumer PC lineup. It is comprised of three pillars enabled through software and hardware solutions – CinemaColor for a higher dynamic range – CinemaSound, powered by Waves MaxxAudio Pro for studio-quality sound and CinemaStream, supported by Killer Wireless and SmartByte channels for maximum bandwidth for streaming.

XPS 15, the company’s flagship model is now powered by latest six-core 8th-Gen Intel Core processors and NVIDIA GeForce GTX 1050Ti graphics. It comes in a refreshed platinum silver exterior, the XPS laptop also includes a 4K Ultra HD InfinityEdge touch display with 100 per cent Adobe RGB colours. Weighing around 2kgs, the company claims that this smaller 15.6-inch performance laptop is also considered as one of the lightest laptops they ever produced. Added value standard extras include Windows Hello log-in with an optional fingerprint reader integrated into the power button. The connectivity options include Thunderbolt 3 with four lanes of PCI Express and HDMI 2.0.

Dell is also announcing a new brushed Onyx colour option for the new XPS 15 2-in-1 to complement the original Silver option, that will become available in select countries starting May 2018.

All In One Device – Inspiron AIO Series:

Dell Inspiron All-in-Ones (AIOs) are known for their affordable price range and simple setup. The company claims that the new AIOs are built off these principles with improved design and multiple performance levels. Each new AIO introduces features of Dell Cinema, Dell Mobile Connect software to enable wireless integration between your Dell PC and smartphone.

Available in both glossy black and white, the systems are equipped with a 21.5-inch or 23.8-inch FHD IPS wide-viewing angle monitor with an edge-to-edge display, built-in stereo speakers featuring Dell CinemaSound, a keyboard and mouse, and CinemaStream.

Lastly, the new Inspiron 27 7000 AIO is powered by Intel 8th-Gen Core processors, an optional NVIDIA GTX 1050 Graphics Card and a 27-inch InfinityEdge display with up to 4K UHD resolution. This machine provides support for video streaming and a Windows Mixed Reality Ultra. It is equipped with DDDR4 memory and a dual hard drive option, with up to 1TB HDD and 256GB PCle NVMe SSD.