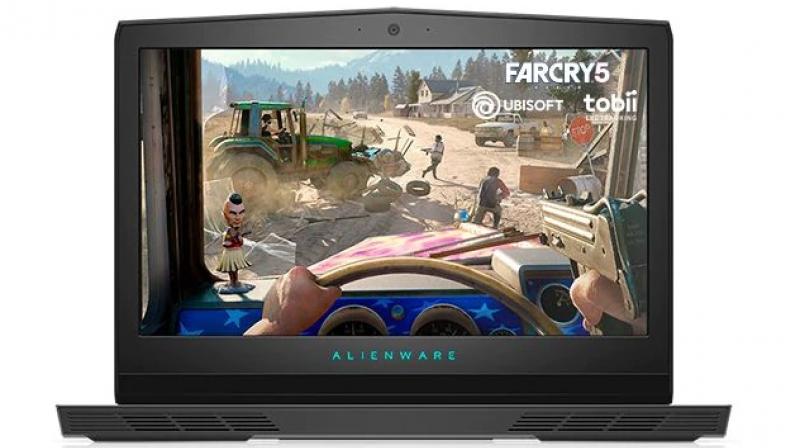 Alienware 15 and 17 gaming laptops will offer new 8th-Gen Intel Core i5, i7, and i9 processors with up to six cores, enabling overclocking up to 5.0Ghz.

Alienware 15 and 17 gaming laptops will offer new 8th-Gen Intel Core i5, i7, and i9 processors with up to six cores, enabling overclocking up to 5.0Ghz. The company has mechanically engineered improved cooling technology – Alienware Cryo-Tech v2.0, with 50 per cent thinner fan blades and a vapour chamber on the CPU to cool down the higher number of cores more efficiently.

Coming in 15 and 17-inch sizes, Dell G3 15 and 17 laptops are powered by NVIDIA GeForce GTX 1050 up to 1060 Max-Q discrete GPUs, up to 8th-Gen Intel Core i7 CPUs, dual fans and dual drives with SSD options. The laptops support 2x2 WiFi antenna and SmartByte software to prioritise gaming and video to run smoothly.

Dell G5 and G7 15 come in 25mm thin 15-inch chassis and feature NVIDIA GeForce GTX 1060 GPUs with Max-Q design technology. The systems feature 6GB GDDR5 dedicated memory, up to six core performance with 8th-Gen Intel Core processors (with up to Core i7 on the G5 and i9 on the G7), dual fans, and dual drives with SSD options. G7 15 will offer optional 8th-Gen Intel Core i9 CPU and UHD display (3840x2160) configurations. Designed to push heat and noise away from the user, Dell equipped a front air intake and rear exhaust vent to the laptops’ frames to keep the temperature of the laptops cool. G5 and G7 15 will also offer an optional IPS UHD 4K panel. Dell G5 15 is available in either standard Black or Beijing Red variants, while G7 15 have an option of standard Black or Alpine White.