The AQT1000 looks to be a compact size for what it is, unlike typical headphone DACs which tend to be heavy and expensive. 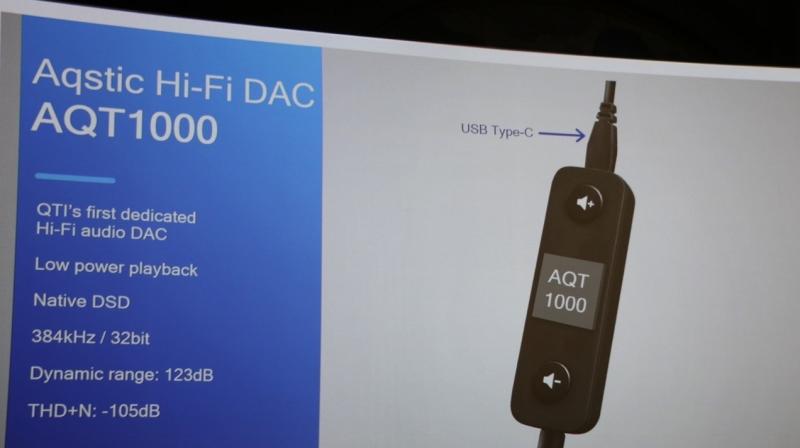 Qualcomm recently released their flagship Snapdragon 845 SoC, which in all likelihood will power next year’s flagship Android devices with speed and efficiency improvements. However, Qualcomm just didn’t launch the Qualcomm 845 at the recent tech summit. They also unveiled a dedicated USB Hi-Fi DAC (digital-to-analog converter) AQT1000 for the headphone makers. Qualcomm previously made DACs and audio codecs, but this is the first time they have launched a USB-C Hi-Fi DAC.

The AQT1000 looks to be a compact size for what it is, unlike typical headphone DACs which tend to be heavy, expensive and incompatible with Type C standard. The AQT1000 can also stream music at 32bit with the dynamic range of 123 decibels and it also comes with native DSD (direct stream digital).

Although this isn't really a consumer product yet, it looks like a decent accessory out of Qualcomm's Aqstic Hi-Fi arm and could help audio manufacturers offer USB-C to analog audio jack dongles more conveniently.