The Party Starter wireless speaker comes with a 3W output with a frequency range of 20Hz – 20kHz. 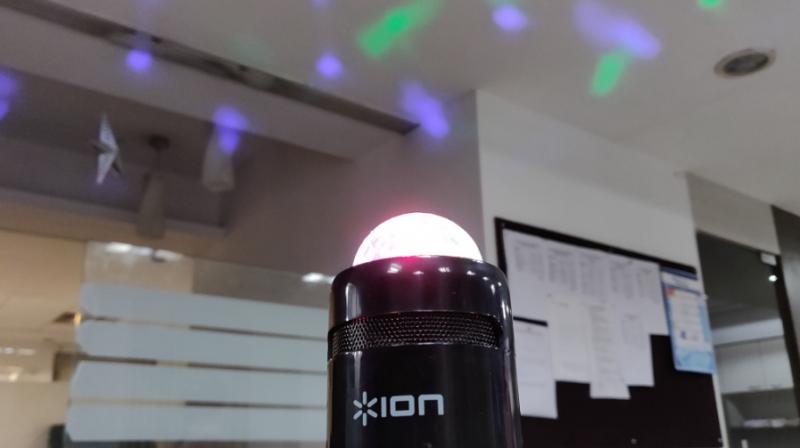 The ION Party Starter speaker is primarily meant for the young party animal looking to spice-up the small house get-to-gethers on weekends.

If you're someone who prefers listening to music on the go without the hassles of sorting pesky wired earphones, then wireless Bluetooth speakers are the only solution. Charging most portable speakers for a while can give you a few hours of music, especially the affordable ones, and you gain access to decent audio quality on the move — this is why they are so popular with the backpackers to kickstart a party wherever they desire. However, most of them are limited in functionality to play audio only — they won't set up the mood for a joyous evening.

To address the area, ION Audio, a name known in the field of audio accessories, introduced the ION Party Starter a while ago. It is a portable speaker that features colourful party lights to create an ambience of disco. It puts up a light show, which when paired along with the music, synchronises to deliver discotheque-like vibes. The company proudly calls it as the Beat-sync light effect. You can get one for Rs 990, making it an affordable investment. But, is it worth it? 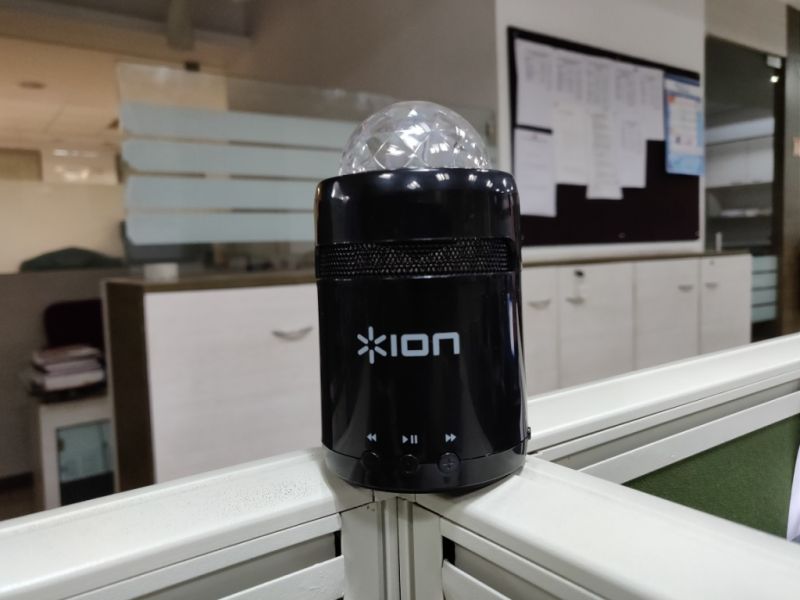 Weighing just 190g, the ION Party Starter comes with a full plastic build, resembling a D-size battery cylinder, albeit with a spherical lens on top. The lens features a diamond-like design with LED lights below it that helps create a light show synchronised with the beats of the track being played. To the side, there's a speaker grille. The build quality of the plastic appears below average — drops and rough handling could damage it easily. Additionally, the finishing on the exterior does not seem to make a mark. 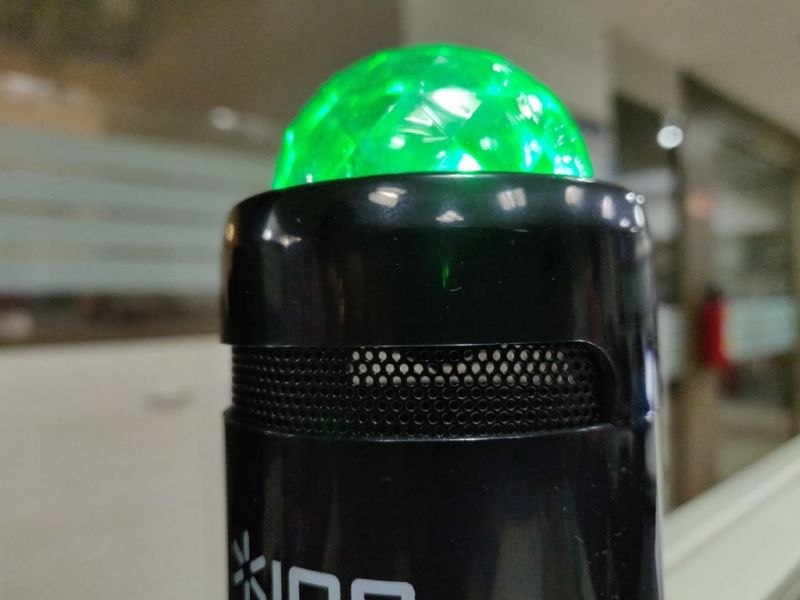 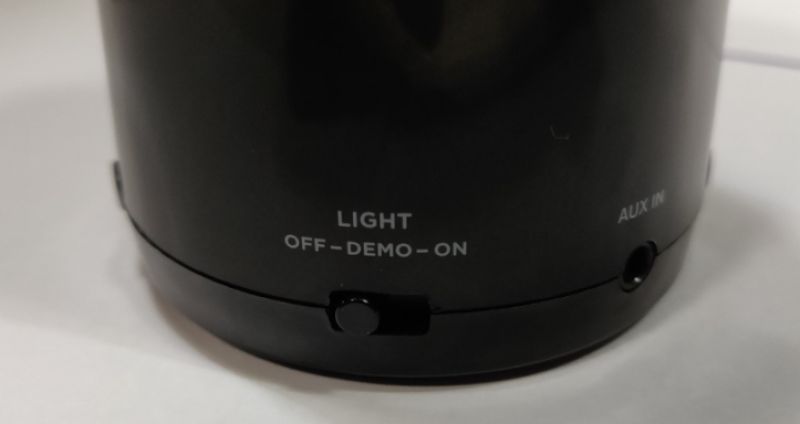 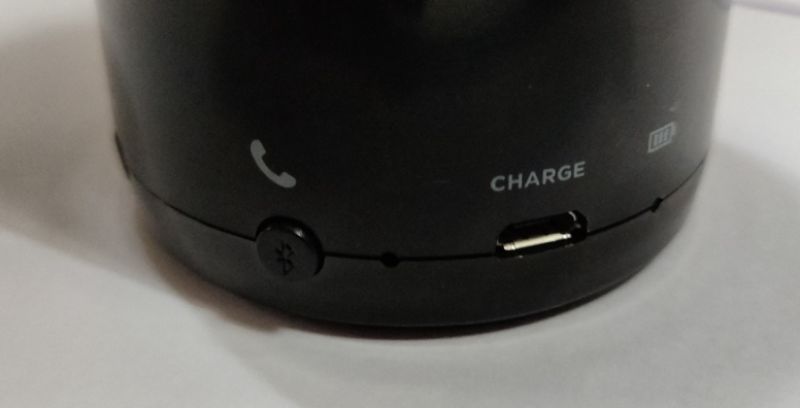 The control buttons are placed around the lower half of the speaker and have to be pressed harder than usual, showing lack of proper tactility here. The three buttons are for power/play and volume/track. There's a slider switch for enabling/disabling the synchronised light effects. A built-in microphone along with a dedicated button for taking/ending calls is also featured.

One can top up the battery with a standard micro USB charger. An LED indicator depicts the battery status, while another LED indicator showcases BT pairing status with devices. Lastly, an AUX input is also available for external media players or plugging in your laptop. 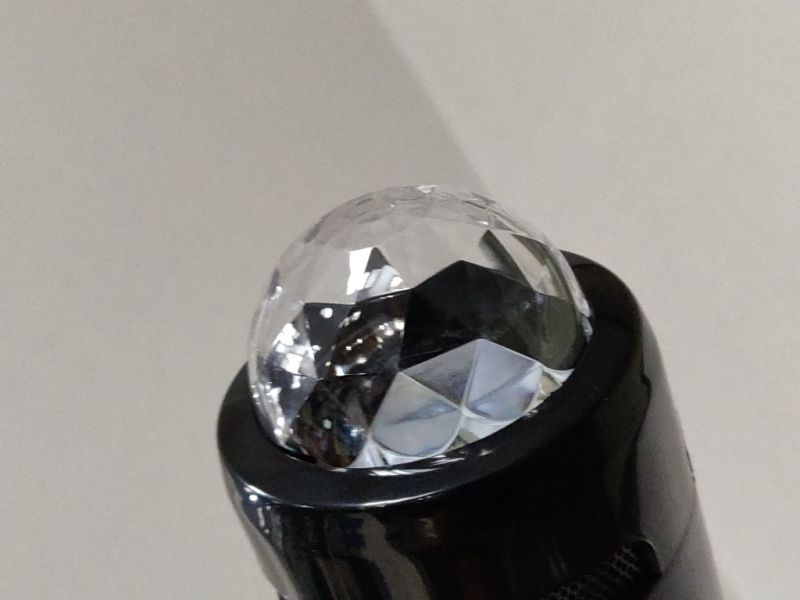 The Party Starter sports a 3W driver, which supports a frequency range of 20Hz – 20kHz. The claimed BT range on the speaker is 30ft — the usual with most wireless speakers out there. A 500mAh lithium-ion battery keeps the speaker alive for up to 8 hours and can be topped up within 1.5 hours. 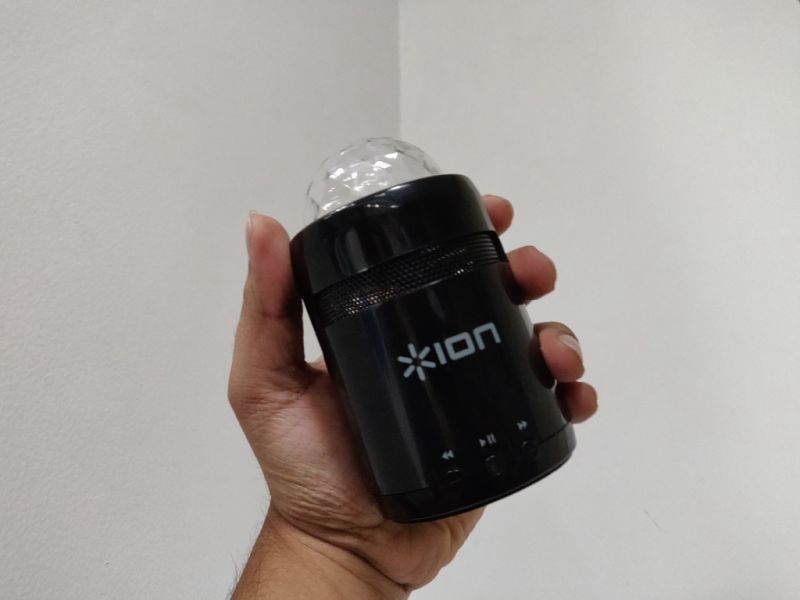 Although the ION party speaker is compact, in essence, it is a very basic wireless speaker. The audio quality or performance from the ION can at best be described as slightly above average. The speaker is loud enough to be used for a small get-together, but the audio lacks bass and brings up distortion when you pump up the volume to its max limit. While on calls, the audio quality was decent and the microphone's sensitivity is pretty good too.

Since the ION Party Speaker is all about kickstarting a mini party, the light show is an important part of the speaker. It surely does bring a party mood/club ambience in your room when the lights are switched on. The lights synchronise with the music beats and fill the room with a few predefined colour spots, but the lights are too bright and the glare could blind you momentarily. The company could have considered adding a dimming option as the lights are extremely bright — thanks to the diamond-like texture on the top dome which also amplifies the lights because of its magnifying structure. 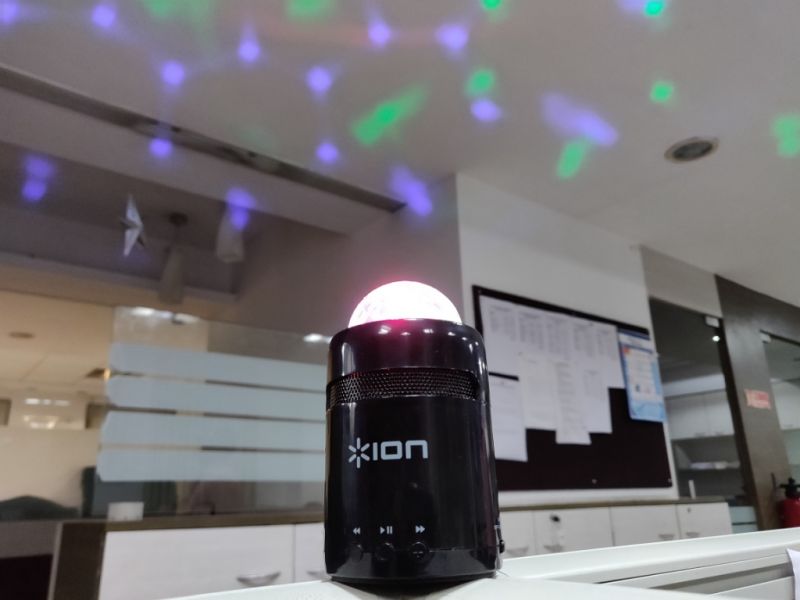 The ION Party Starter speaker is primarily aimed towards users who are probably in their early teens, or those who live in dormitories. The speaker is a great tool that helps spice-up a small crowd while being extremely portable to be carried along. At Rs 990, the ION Party Starter comes across as a reasonably fun package and is certainly recommendable for those looking for a tiny, budget-friendly and mood-changing audio accessory. The ION is also a great gifting option for children and teens.