Wireless is expected to account for an increasing share of the $9.6 billion global earphone and headphone market . 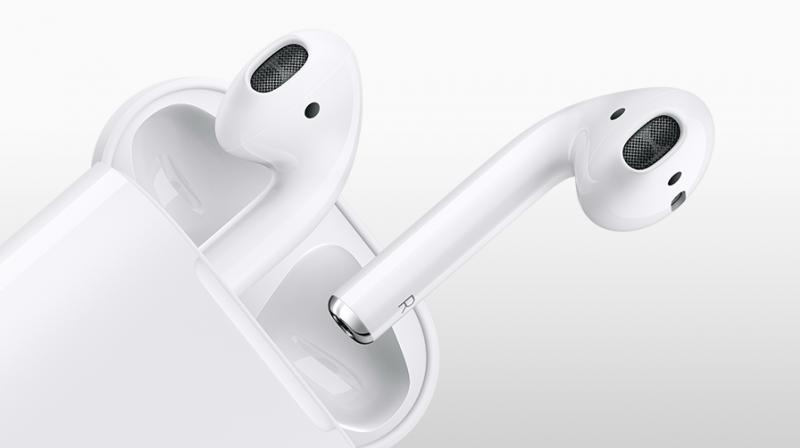 Apple went on to launch Airpods after dispensing with the plug-in for jack cables in its iPhone 7. (Representational image: Apple Airpods)

Denmark’s GN Store Nord seems to have taken an aim at Apple Airpods by launching a new range of wireless earbuds. According to Reuters, this move is an aim to make a mark in the market for the brand. Wireless is expected to account for an increasing share of the $9.6 billion global earphone and headphone market and that means intense competition between tech companies keen to cash in on the trend.
Amazon Alexa has been integrated and the price of the latest product has been slashed (as compared to Airpods) to attract customers.

Known for making hearing aids, GN has been a prominent brand in the market since it started life as a telegraph company in 1869. The report also states that the hearing aid division has benefited from working closely with Apple for years by using Bluetooth-like technology that, installed in the ear, allows users to stream voice and music from their iPhones. It will continue that cooperation while competing with the tech giant on the wireless earphone market.

René Svendsen-Tune, chief executive of GN’s audio division, reportedly said, “We’re expanding our brand to deliver products aiming for a broader segment dominated by Apple. Even though Apple has helped develop this market with great speed but now we’re launching a new generation. If we can maintain the second place in 2018, I believe we will have done very well.”

While GN had launched its first wireless earphones in November 2016, Apple went on to launch Airpods after dispensing with the plug-in for jack cables in its iPhone 7.
GN’s original earphones, tailored for athletes with features to track progress and and measure heart rate, sold for $370, twice as much as Apple’s equivalent.

Hogar Controls introduces smart home controlers for a smarter everything