Apple announced a stand for its Pro Display at WWDC and it’s come under a lot of criticism for its exorbitant pricing. 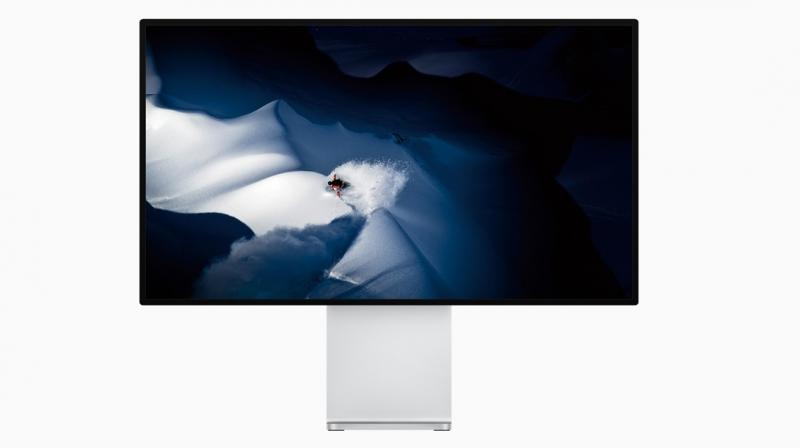 At the WWDC 2019 event, Apple, among various software updates, announced a stand for its Pro Display and people were taken aback by its extremely steep pricing. The Pro Display XDR stand costs USD 999 and when Apple revealed its pricing, attendees at the keynote event were at a loss for words. Hardware brand MSI has viewed this as an ideal opportunity to capitalize on Apple’s ridiculous pricing by poking fun at the brand by stating that just for USD 300 more, a buyer can get so much more than a stand.

MSI Australia shared an image on Twitter for its own 5K Prestige Monitor that takes inspiration from Apple’s ‘I’m a Mac’ advertising campaign from a few years back and trolls Apple’s ridiculously expensive stand.

The MSI Prestige 34-inch isn’t yet available for purchase but will go on sale sometime in 2020 and they have taken the opportunity to claim that their product is very reasonably priced in comparison. While all is fair in the world of marketing and advertising, MSI’s offering won’t boast the performance that will be found on Apple’s 32-inch Display. The Prestige does come with a slightly larger screen but it's worth noting that it is not a true 5K panel. In fact, it features a 5K2K resolution and uses USB Type-C in comparison to Thunderbolt 3 and features an overbearing plastic build. It also comes with a lot fewer features in comparison to Apple’s Pro Display XDR. 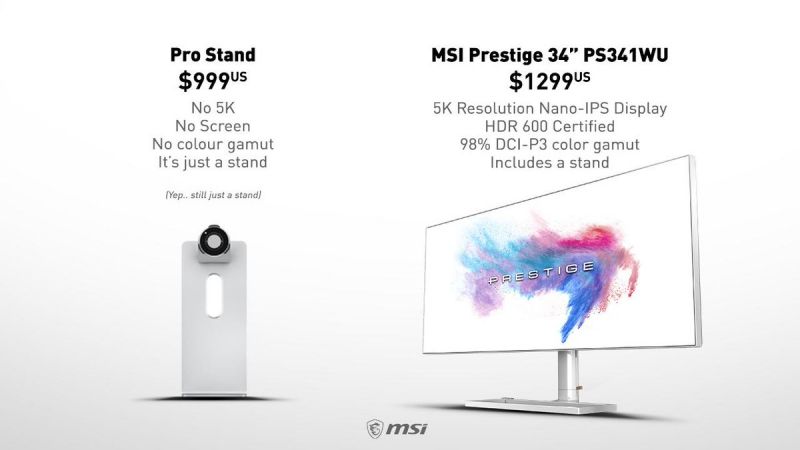 MSI’s offering may entice those who don’t require all the bells and whistles of Apple’s Pro Display and are looking for something that can just get the job done. With this being said, Apple would most likely have avoided all the criticism if they just included the stand in the price of the display.