The MN07 Series is designed for use in NAS appliances with eight or more drive bays. 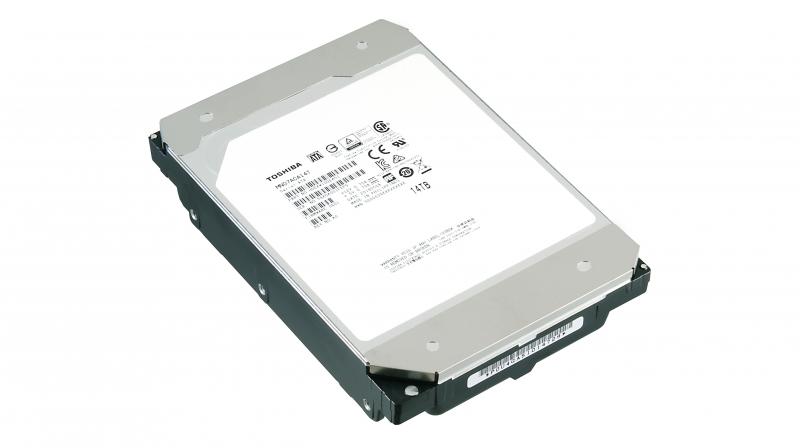 Toshiba announced the MN07 Series 12TB and 14TB 3.5-inch hard disk drives for use in NAS platforms. The Toshiba MN07 Series utilizes a helium-sealed mechanical design to achieve the 14TB and 12TB capacity.

The 14TB model is claimed to improve power efficiency by approximately 55 percent over the previous 10TB “air” 7,200rpm mechanical designs.

The MN07 Series is designed for use in NAS appliances with eight or more drive bays and is suitable for NAS file and object storage applications that require disk drives with workload ratings of up to 180TB per year. The MN07 models feature vibration compensation technology and advanced Format (AF) 512e sector technology. Additionally, both devices offer reliability with MTTF of 1.0 Million hours, and are compatible with 3rd-party, 3.5-inch NAS enclosures, as told by the company.