While full specifications of the device haven’t been revealed yet, according to the company, the device will be available mid-April. 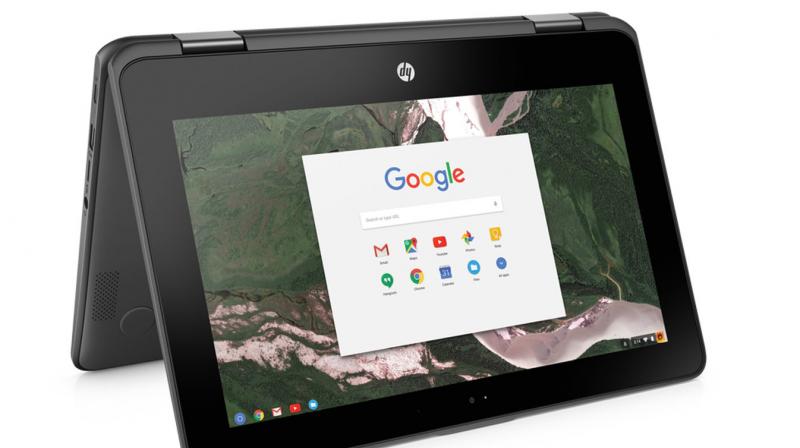 Google recently published a blog post, celebrating the popularity of Chromebooks in Swedish schools. In the blog post, the search giant quietly announced a new Chrome OS laptop powered by HP — The Chromebook x360 11 G1 Education Edition. While full specifications of the device haven’t been revealed yet, according to the company, the device will be available for sale mid-April.

Described as a “rugged” 360-degree convertible, the laptop features a front-facing camera that can be used in a tablet mode, a USB-C charging port along with an optional stylus. These features are designed for the specific needs of schools, says Google.

The company further revealed in the post that Chromebook creative apps are now available in Europe and that admins can now approve Android apps libraries and install them on select devices.

Chromebooks are gaining immense popularity in the recent past. A new report by Futuresource shows Chromebooks were the top-selling device across laptops and tablets in Swedish schools in 2016. According to the analyst firm’s data, Chromebooks now account for 38 per cent of device sales in Swedish classrooms, up from 18 per cent in 2015. The same report suggests that more than 20 million teachers and students are using Chromebooks and Google Classroom, and more than 70 per cent million are using G Suite for Education.