The ACT HR smart band is built on a DA14585 chipset and supports Bluetooth v4.0. 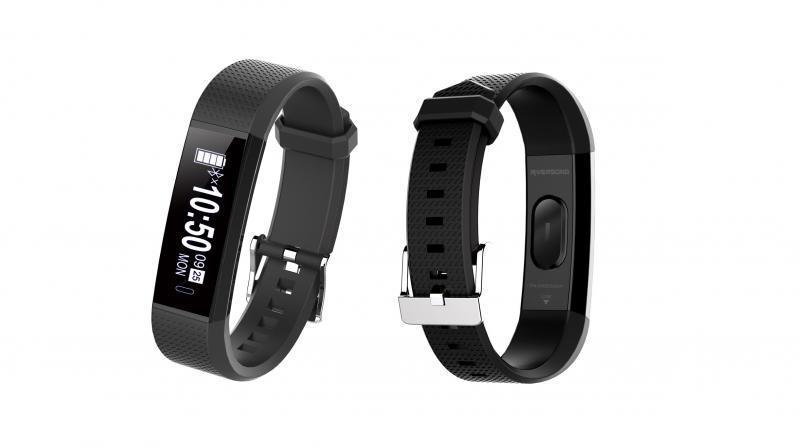 The smart band is also water resistant with an IP65 rating.

RiverSong has launched a new fitness tracker – the ACT HR Smart Band. The company claims that the smart band comes with a 0.87-inch OLED display (128x32 resolution) and under the hood, it carries sensors to help monitor sleep, heart rate and with an all-day activity tracker (with the help of gravitational acceleration sensor).

Weighing around 20g, the smart band is built on a DA14585 chipset and supports Bluetooth v4.0. The band is powered by a 50mAh battery, that promises a standby time of 7 days and a working time ranging from 3-4 hours. It requires a charging current of 500mA-1A. The band's battery can be charged via the built-in USB charger. As for the system requirements, the band supports Android 4.4 and above, iOS 8.0 and above. The smart band is also water resistant with an IP65 rating.

The band's additional features include smart notifications, incoming call and message facility, alarm and reminder facilities and camera control (it enables users to click pictures by the shake of a hand). The band is connected via an app that can be downloaded from Google Play store.

The RiverSong ACT HR fitness band is priced at Rs 1,199.