The track-pad of the new Asus ZenBook doubles as a numeric keypad. 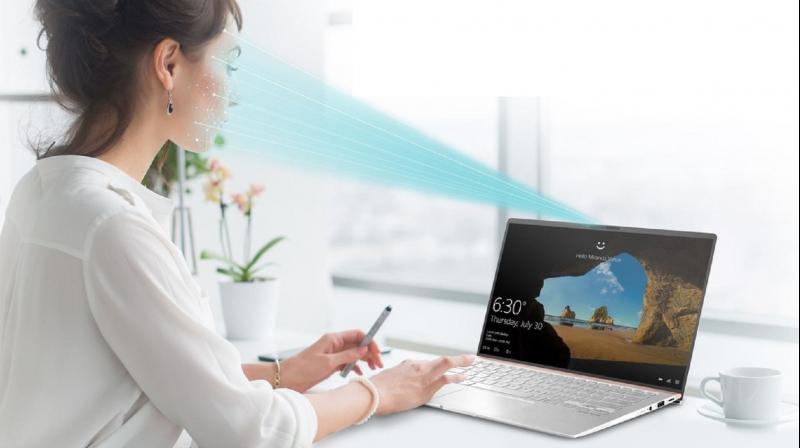 Powered by the Intel Core i7 and i5 processors, the new range comes with 1TB storage and (depending on the variant), 8GB or 16GB memory, and NVidia MX 150 or GTX 1050 Max-Q graphic cards.

Laptops are losing it! Just about a decade ago, laptops were bulky devices that you were forced to lug to your workplaces in boring black bags. Working on them was equally boring, since they were not the most visually pleasing. But with brands like Sony and Lenovo styling up laptops in different form-factors, designs and colours, things started brightening up. As Bring Your Own Device (BYOD) became a trend, the onus was on the user to procure devices, so laptops became sleeker, cooler looking.

Meanwhile, smart phones were on their own trip; they innovated with quad lenses, punch-hole display cameras, military grade bodies, AI, machine learning and VR apps... will smart phones ever replace laptops, we asked a few experts and the unanimous answer was a loud no! 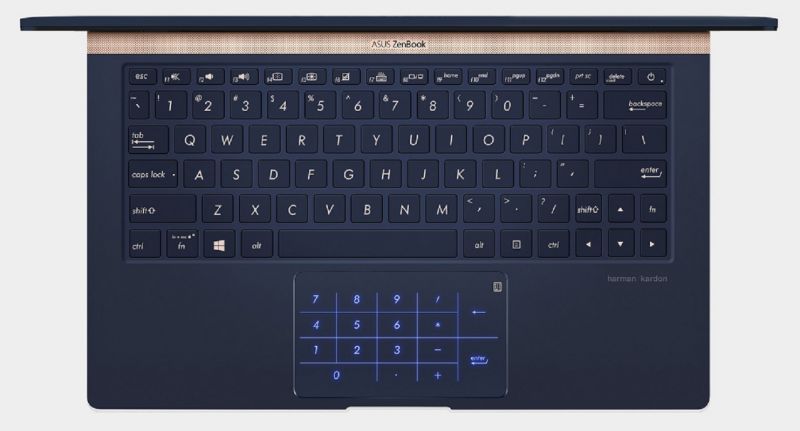 One, most laptop companies also make smart phones. Two, you cannot really do serious work on a smart phone, the sort of work that requires the assistance of a larger screen and a keypad. In this scenario, wouldn't you like the humble old laptop to pull up its style game? Asus thinks so.

The newly launched fashion laptop range by Asus packs in some interesting design and productivity enhancements. Launched in 13, 14 and 15-inch variants, the ZenBook range starts with a form factor that's smaller than an A4-sized paper. The UX 333 claims to be the world's smallest 13-inch laptop, with full HD display. All the laptops come with a four sided frameless nano-edge display that offers a 95% screen-to-body ratio which is a rarity in laptops.

The edges vary between 3mm and 6mm with a 178-degree wide-viewing angle.

An interesting innovation in the new range of laptops is the NumberPad, where the track pad doubles up as a numeric keypad at the click of a button. While adding to the design element, this is a productivity-enhancing tool which makes your Word and Excel crunching a breeze. Asus claims that the new track pad contains five layers — a glass top layer, an inked switched layer, a silver particle layer, a grey ink layer and a final layer with number cut-outs.