Technology   Gadgets  04 Feb 2018  Huawei's new smartwatch may let you write on your hand as a notepad
Technology, Gadgets

The company may solve the problem of interacting with small screens and the difficulty to operate tiny smartwatches. 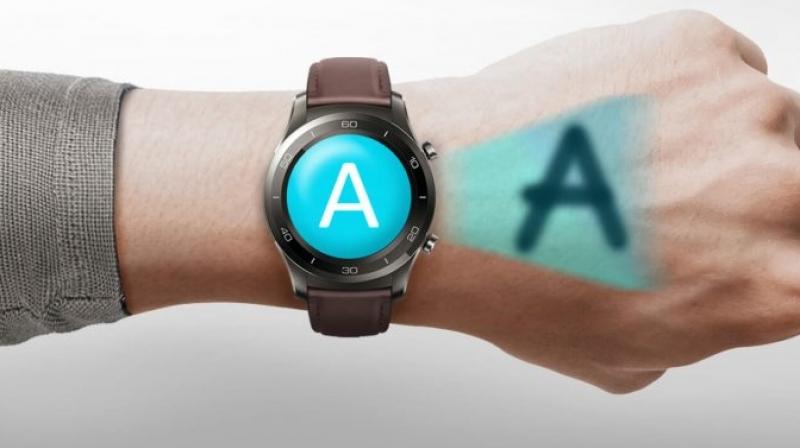 This is made possible through the use of multiple ultrasonic or infrared sensors.

After getting approval for a touch-sensitive bezel patent, Huawei now holds a unique gesture control method for smartwatches. It appears that the Chinese company might solve the problem of interacting with small screens and the difficulty to operate tiny smartwatches.

The new technology will apparently enable users to write on their hand back. According to LetsGoDigital, the sensor can project movements in four directions around the watch which will enable users to draw gestures even in the air. This is made possible through the use of multiple ultrasonic or infrared sensors.

Moreover, the sensor can even detect when you start and stopped writing. However, users need to keep in mind that their hand is aligned at the level of sensors to use it as a trackpad. Writing something on the back of the hand can be seen on the smartwatch’s display. Additionally, gestures such as double-clicking, long-press and multiple finger-gesture can also be used to operate the smartwatch.

The cited source says that the new technology might come on the next series of smartwatch by the company. As of now, there is no official confirmation by Huawei.