Users can charge their earbuds and phone with the same case anywhere, anytime. 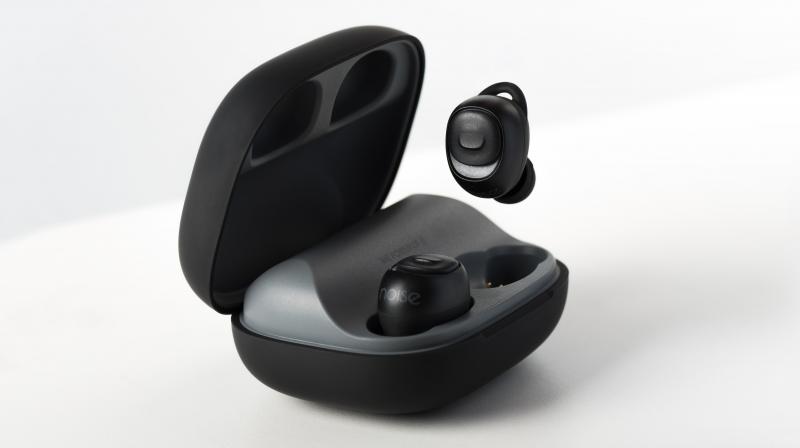 Noise has unveiled its latest offering in the audio gear segment. Called the Shots X5, the earbuds are completely wireless and cost about Rs 4,999.

With Shots X5, Noise promises up to five times more powerful bass than the competition along with an impressive audio quality. The Shots X5 automatically converts to mono mode while on a call and it also features a voice assistant feature, which relies on the AI voice assistant on users’ smartphones.

However, the headlining feature of the Shots X5 is that it comes with a magnetic charging case that holds a 2200mAh capacity battery. Noise says that users can charge their earbuds and phone with the same case anywhere, anytime — it acts as sort of a mini power bank. Users can also charge their earbuds up to 10-12 times from a fully charged charging case. Each earbud holds a 60mAh battery that promises up to 4-5 hours of talktime and 3 hours of music playback.

Apart from the big battery, the Shots X5 come equipped with Bluetooth 5.0 connectivity. With just a tap, Noise says that users can play, pause, skip, answer or reject calls with the multifunctional button on board.