Research states consumers are choosing the older model over the newer one, making it the bestseller globally. 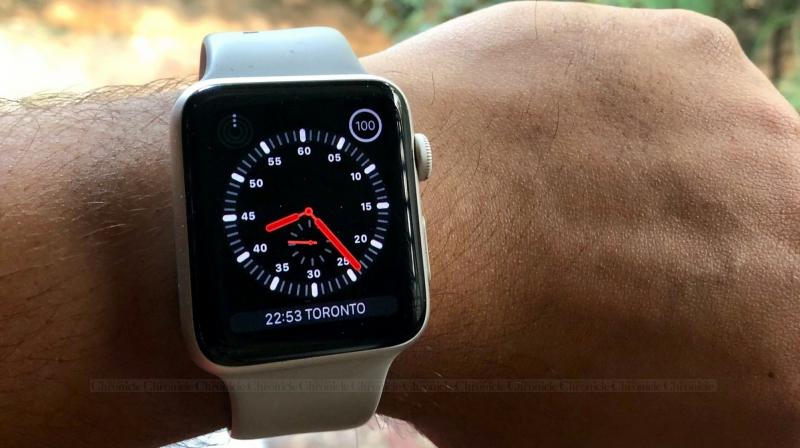 Smartwatches haven’t really caught on with the market, despite the tech giants trying their best to offer a smart everyday wrist assistant with intuitive features. Google has been trying hard with Wear OS, but is still struggling. Other manufacturers are relying on fitness bands to drive their sales. However, Apple is the only brand that sells a considerable amount of smartwatches and a recently conducted research shows that their Watch Series 1 and Series 2 are the bestsellers in the market.

According to Counterpoint’s research on Global Smartwatch Tracker report, Apple dominated the market in the second quarter of 2018 by 41 per cent. However, compared to the same period last year, their share has dropped by 6 per cent. Fitbit closely follows with a share of 21 per cent while Fossil and Amazfit have enjoyed a share of 4 per cent each.

While it's expected that Apple’s latest Series 3 watches could be the ones driving the sales, the old Series 1 is surprisingly leading the list of the highest selling smartwatches. Counterpoint’s research shows the Series 1 leading the pack, with the Fitbit Versa close on its trail at second, while the Amazfit Bip takes up the third spot. The Watch Series 3, in fact, comes at 4th position on the list, despite sporting an LTE version.

In fact, the research found out that existing iPhone users only preferred the series 3 if LTE connectivity was a top priority for them. If LTE isn’t taken into consideration, the Series 1 just does fine. Research Director, Neil Shah, says, “Despite initial hype and traction of cellular-based Apple Watch Series 3 in the first two quarters, Apple iPhone users are actually choosing the Series 1 as a non-cellular option over Series 3 non-cellular model which is surprising to many industry watchers. This also shows Apple users are choosing Series 3 preferably if they want to add cellular connectivity, else Series 1 remains the most popular model contributing to almost nine out of ten Apple Watch sold in Q2 2018. While this is great for Apple from an ecosystem perspective, from an ASP perspective it is not the same bump as Apple would expect with newer iPhone models every year.”

It’s not hard to see why the Series 1 outsells the newer model — a wallet-friendly pricing. In India, the Series 1 starts at Rs 21,990, while the non-LTE Series 3 starts at Rs 30,990. However, Apple is possibly gearing up to release the Series 4 alongside the new iPhones, which is rumoured to sport a better design and more powerful internals with enhanced battery life.