Brian Nowak has stated that the search giant needs to distribute Google Home Mini smart speaker in every American house. 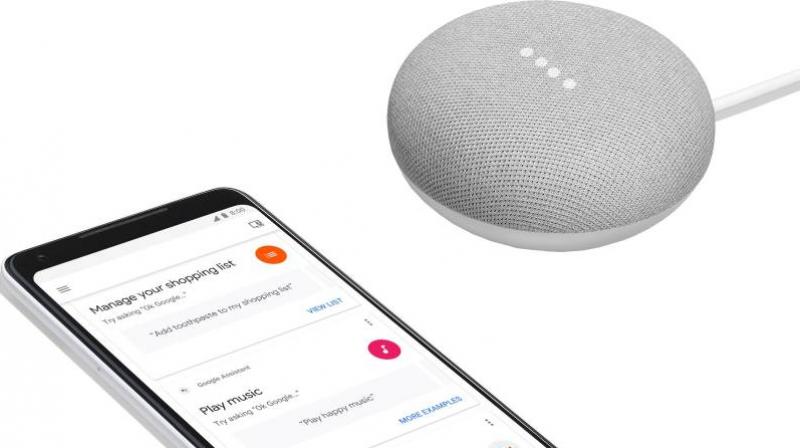 The Home Mini is priced at $49 and one for each American house would sum up to $3.3 billion.

Smart speakers are the new way of entertainment, gaining information and several other tasks and they are gaining popularity rapidly. In this particular segment, Amazon and Google have been going through a close scuffle since the launches of their smart speakers in order to gain a huge chunk of market share. While Amazon leads the battle with a fair margin, an expert has now evaluated that Google needs to distribute free speakers in America in order to outperform its closest rival.

Amazon's Echo and Google's Home have been making their way to several desks across the globe but, Brian Nowak, an analyst at Morgan Stanley, has stated that the search giant needs to distribute Google Home Mini smart speaker in every American house. The Home Mini is priced at $49 and one for each American house would sum up to $3.3 billion and doing so would make Google surpass Amazon's profit by five times.

Going by the adaptability smart speakers would be seeing in the near future, this investment by Google shouldn't be a regretful decision. Morgan Stanley has made a prediction about smart speakers that the thing would carve its way in almost all houses in the future. By 2022, voice shopping is expected to become a $44 billion worth market.

Google's global market share of smart speakers of 12 per cent during Q1 2017 made analyst Nowak a bit tensed about Google's fortune in the American market, leaving beside its popularity in other countries. During the same period, Amazon's market share was 81 per cent in the global smart speaker category. However, Amazon has been seeing a gradual decline in the numbers after that and Google appears to be bucking up