Apple surges ahead in wearables on smartwatch sales 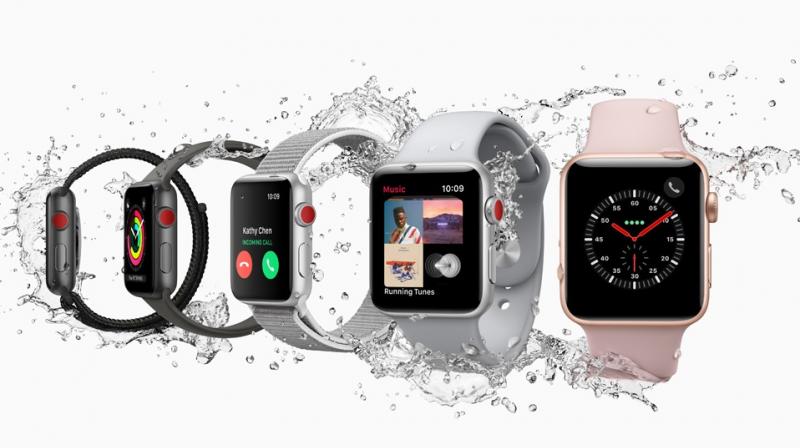 A report by the research firm IDC said Apple jumped to the front of the wearables pack in the fourth quarter following the release of Apple Watch 3, and placed at the top of the market for the full year as well.

While official sales figures for the Apple Watch are not disclosed, IDC estimated Apple sold some eight million in the final three months of last year, representing 21 per cent of all wearables.

That pushed Apple ahead of US rival Fitbit which had a 14.2 per cent share of wearables in the quarter, and China's Xiaomi (13 per cent).

"User tastes have become more sophisticated over the past several quarters and Apple pounced on the demand for cellular connectivity and streaming multimedia. What will bear close observation is how Apple will iterate upon these and how the competition chooses to keep pace."

IDC said the overall wearables market -- which includes fitness trackers, smart clothing, eyewear and other devices -- rose 10.3 per cent in 2017 to 115.4 million units. That compared with a sharper 27 per cent increase in 2016.

"The slowdown is not due to a lack of interest -- far from it," Llamas said.

"Instead, we saw numerous vendors, relying on older models, exit the market altogether. At the same time, the remaining vendors -- including multiple start-ups -- have not only replaced them, but with devices, features, and services that have helped make wearables more integral in people's lives. Going forward, the next generation of wearables will make the ones we saw as recently as 2016 look quaint."