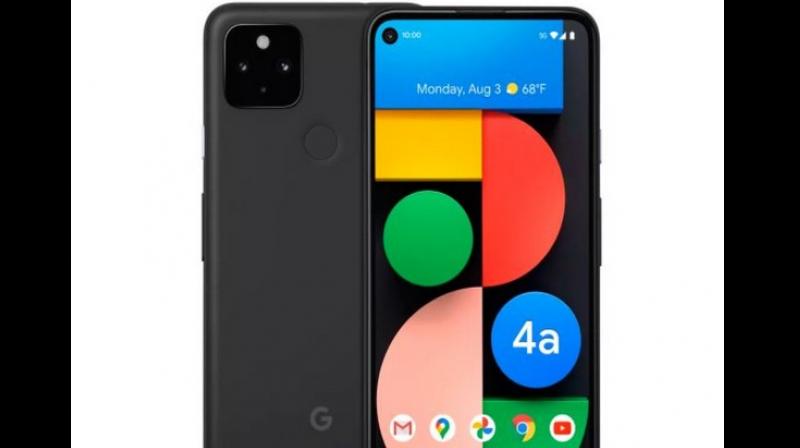 With the Pixel 6 Pro Google will offer three shooters with up to 4x optical zoom -- a first for the tech giant's smartphone line. (Representational Image: ANI)

Washington: Seems like September is going to be filled with major smartphone launches from some big tech giants.

Apple and Samsung have already hinted at unveiling the iPhone 13 series and the Galaxy S21 FE in September. And now looks like Google is here to steal the thunder.

Google's big new Pixel 6 and Pixel 6 Pro are coming, and according to a tipster, they could arrive sooner than we thought. September 13 is the rumour, a day before Apple is expected to announce the iPhone 13, reported Mashable.

The tipster claimed that Google will hold its international Pixel 6 press conference on September 13. If true, September is going to be a really, really busy month for smartphones.

Google's phones have historically offered amazing cameras and it seems like the company is stepping up its camera game further this year.

With the Pixel 6 Pro Google will offer three shooters with up to 4x optical zoom -- a first for the tech giant's smartphone line. The Pixel 6 Pro will offer a QHD+ 6.7-inch 120Hz refresh rate display, while the smaller model's screen will be capped at 90Hz.

To add to the intrigue, the Pixel 6 and 6 Pro will feature Google's own chip called 'Tensor.' While Samsung is reportedly handling the manufacturing side of the new Tensor chip, Google said it will add its own Machine Learning and AI algorithms to improve its performance.

Both of the upcoming devices will include a new version of Google's Titan M security chip in addition to the TPU. "With Tensor's new security core and Titan M2, Pixel 6 will have the most layers of hardware security in any phone," said Google.

Reports in the past have also suggested a number of key features that are expected to be a part of the upcoming Pixel 6 series. The list includes the Pixel 6 Pro getting a 5,000mAh battery, 12GB of RAM and up to 512GB of storage space.