SatPhones are here! (for the rest of us)

The 'General Public’ can now buy a Satellite Phone in India. So why is government so coy about it? 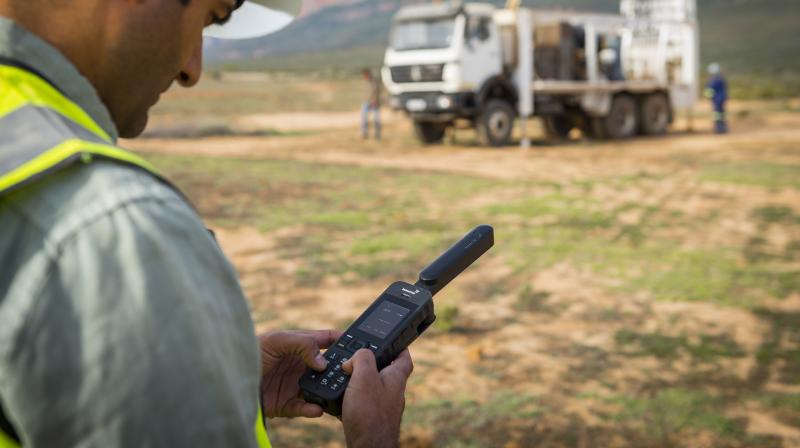 The 'general public' is invited to fill up a customer acquisition form, submit it to government telecom provider, BSN, buy a satphone from one of 7 franchisees listed and use a BSNL-supplied SIM.

This must be one of the best kept secrets, but Indians are now free to buy and use a satellite phone, a device that uses networks of communication satellites, rather than earthbound towers to connect any corner of the globe.

The 'general public' is invited to fill up a customer acquisition form, submit it to government telecom provider, BSN, buy a satphone from one of 7 franchisees listed and use a BSNL-supplied SIM. This became possible because in May 2017, UK-based global satellite communication provider Inmarsat partnered with BSNL to open a Global Satellite Phone Service gateway, in Ghaziabad. By locating the gateway within the country, Inmarsat met the government's need for lawful interception and addressed security concerns about the use of such phones.

The Inmarsat model on offer -- IsatPhone 2 -- costs around Rs 70,000, making it cheaper than some premium GSM mobile phones. For non-government users, incoming and outgoing calls are billed at Rs 35/minute and roaming calls cost Rs 260/minute... prices that may remind some of the early days of cellphones. Disaster situations like the floods in Kerala last year and in Chennai in 2015 highlighted how cellular phone networks can collapse, just when they are needed most. Defence, Police and national relief agencies can obviously leverage satellite phones, but it is surprising how slow civilian agencies have been in harnessing satphones once their use became legal in India. BSNL imported some 6000 IsatPhone2 handsets and has sold just over 5000 in 2 years.

Many private corporates and lay citizens whose work takes them into remote areas outside GSM coverage would benefit from using satphones, since they don't depend on a terrestrial network, but some challenges remain: Restrictions about using such phones in areas like J&K, north east, coastal Gujarat have become meaningless, now that the gateway is located in India, but have not yet been rescinded. And foreigners who pass through India carrying satphones not knowing about local regulations, routinely face confiscation of their devices, even arrest. Customs officials still invoke "Wireless Telegraphy" Acts dating back to 1933... and 1885! Once satphones are legal in India, such archaic regulations border on the bizarre.

The upside is: the slow recognition that a nation which aspires to be digitally driven, cannot afford to shun any communication technology, be it satphones or 5G, that will connect us, empower us and save lives.

"Access to satellite phone communications in India is now both simplified and seamless for users throughout the country" says Inmarsat's India Managing Director, Gautam Sharma. Amen to that -- but let's iron out some residual kinks and irritants asap.

Footnote: Inmarsat which has been offering maritime communications to Indian ships for decades, will also partner BSNL shortly to offer in-flight Internet services on commercial flights, using its GX Aviation services. One of the largest Indian airlines, is said to have signed up.