The wait for the latest Mi Band is over and Xiaomi have thrown in some tempting features. 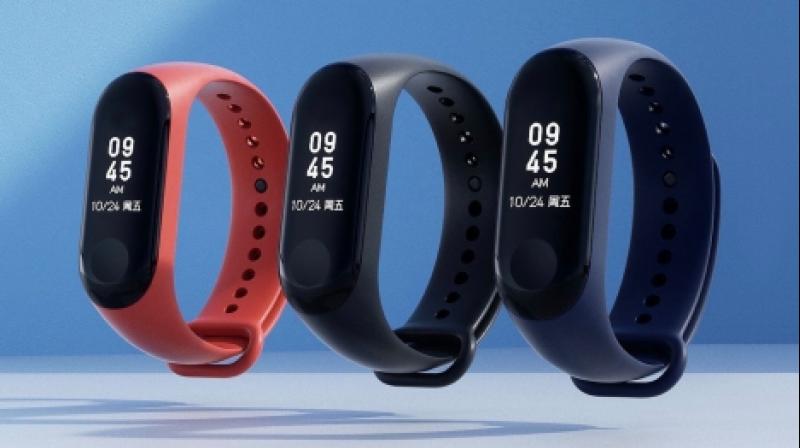 Bigger display than the Mi Band 2.

When Xiaomi announced its event in Shenzhen to unveil its upcoming smartphone, very few people would have guessed what was in store. The brand not only announced one smartphone, but three new phones all at once – the Mi 8, Mi 8 Explorer Edition and the Mi 8 SE (Special Edition). The leading smartphone brand was not done and also announced the highly anticipated Mi Band 3.

The previous iteration, the Mi Band 2 was a great fitness band and featured some of the most sought after features in an extremely affordable price range.

Building up on the Mi Band 2, the Mi Band 3 comes sporting the ability to measure heart rate and count steps. The latest version also comes with call answering capabilities.

As far as some of the specifications go, the Mi Band 3 sports a 0.78-inch OLED screen with a resolution of 128 x 80. The battery is a standout feature here as Xiaomi claims that the 110mAh battery can boast a life of 20 days. This would put it ahead of most other smart wearables available in the market today.

Xiaomi have announced two versions of the Mi Band 3, with  the higher-end model sporting an NFC chip that will allow a wearer to pay wirelessly. Both versions come with Bluetooth 4.2. Another sought after feature that’s now available on the Mi Band 3 is that it is waterproof up to 50 metres, which will allow the wearer to remain connected even whilst swimming.

The Xiaomi Band 3 comes with interchangeable straps in a range of colours. The Xiaomi Band 3 is priced at CNY 169 which is approximately Rs 1,745 and the NFC version costs CNY 199 that translates roughly to Rs 2,081.