Yuki Bhambri vows to break back into top 100

Yuki conceded that it was a mistake to attempt a return so soon after the injury. 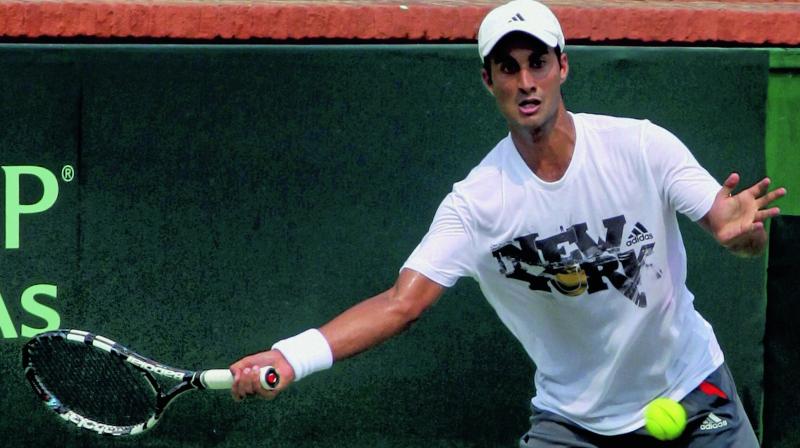 India’s injury-hit young tennis star Yuki Bhambri on Thursday vowed to break back into the Top 100 in 2017 so that he wouldn’t have to go through the grind for the Chennai Open next year.

The 2009 junior Australian Open champion, who withdrew from last year’s Aircel Chennai Open with an elbow injury and “made the mistake” of playing in the Australian Open without being fully fit, looked in good shape as he had his first practice session at the SDAT Stadium in Chennai.

Yuki conceded that it was a mistake to attempt a return so soon after the injury, especially as it meant that he was out of action for the entire year. Worse, it meant that he slipped from the high of being in the Top 100 in 2015 to the despair of the mid-500s. “It’s really tough not to be in the top 100. But I am highly motivated and I want to be back there,” he said.

The 24-year-old has been training hard to get ready for the new year, going through a tough routine in Thailand.

“I trained in Thailand for a few weeks to acclimatise myself for Chennai and Australia. I even played in some sort of a warmup tournament in Hong Kong to get some match practice. So I am looking forward to this,” he said.

With two wild cards going to Saket Myneni and Ramkumar Ramanathan, Yuki, who used to be India’s top pick till recently, had no choice but to find a route into the Chennai Open through the qualifiers.

“Saket and Ram have been playing well,” he pointed out, when asked about not being the first choice for the Davis Cup team earlier this year. “They have a better ranking than me so it’s all fine,” he added.

With just three days left for the longest-running and most prestigious international tennis tournament in the country to commence, the SDAT Stadium burst to life with a number of top players making a beeline for the practice courts.

Among others, last year’s finalist here, Borna Coric of Croatia, was the most eager international player, turning up for stints with his father in the morning as well evening over the last two days.

The no. 48 is coming back from an injury and he needs to push himself to the limit to be match-fit and competitive once again.

“I have been working and practising for the last 30-35 days. I went through a knew surgery and I am playing pretty well again,” he said.

All the players expressed their happiness to be here in Chennai, and are looking forward to the tournament.

The 2010 Wimbledon and 2011 US Open doubles champion, however, agreed that it’s not easy to get top players if a tournament is not loaded with money. “Given that, for a tournament in India, this is pretty good,” he explained.